On October 5th, 2002, Donna Koziak was a panellist at the 5th National Conference on Contingent Academic Labor [http://www.cupfa.org/COCALV/aboutcocal.html] in Montreal, Quebec. Following are her notes from the presentation. 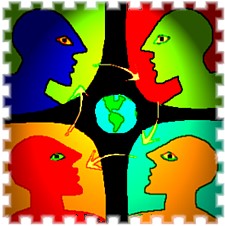 :: Since 1986 I have worked as a tutor for Athabasca University. AU is an institution completely dedicated to distance education at both the undergraduate and graduate university level. Distance ed is what we at AU do, it is all we do.

:: Athabasca University was founded in the 1970’s, and has always been the kind of institution that Otto Peters was alluding to when he wrote that “distance teaching is – compared to other forms of instruction – the most industrialized form of teaching.”(i) What others have called the “Taylorization” of teaching is a fundamental characteristic of the organization of distance educational practices at AU. Put as simply as possible, this means that teaching practices at AU are split up into parts, assembly-line fashion, becoming “de-skilled” along the way. The “part” that tutors do is, in theory, extremely “de-skilled” (and this provides the rationale for our severe marginalization in the academic community of the university).

:: In spite of all this, it is still important to understand that a tremendous amount of idealism of educational purpose motivates the academic and teaching community of AU, including tutors. The AU mission statement asserts that we are “dedicated to the removal of barriers that restrict access to, and success in, university-level studies.” These barriers can include geographical, work or family situation, physical handicap, and others. Many of us are inspired by this mission, and derive great satisfaction from our opportunities to work in its service.

:: The distance education practices of the U of A Department of Education programme, in contrast, have never in any sense been industrialized or Taylorized, and based on my own experience, any attempt to make them so would meet with extreme resistance on the part of distance teaching faculty, both contingent and regular.

:: Now, educators have been working with technology ever since a stick was first used to draw a lesson on a clay tablet. Print presses, blackboards, whiteboards, gestetner machines, educational slide tapes, papercutters, laminators, videos, photocopiers – all of these are, or have been, “educational technology.”

:: In distance education, technology has always assumed a particular importance, because distance educators must rely on some form of technology to carry the educational interaction over distance. At Athabasca University that technology has traditionally been print correspondence supported by telephone communication, including some teleconferencing, and there have been some experiments with television and radio transmission. The U of A programme I mentioned uses what they have nicknamed “silver bird and silver Toyota” technology – that is, professors drive or are flown to sites in the Alberta hinterland to deliver face-to-face classes to students who may themselves have traveled many miles from remote locations to attend.

:: So, as educators, and particularly as distance educators, we are already familiar with educational “technology”.

:: I submit that educational technologies have not IMPOSED philosophical or political values on us. However, their USES have never been philosophically or politically neutral. Those uses are always informed by the values of the human educators who make the choices that shape them. This is as true of the new on-line technologies as any others.

:: So – at Athabasca University, the possibilities offered by the new on-line technologies are currently being exploited in some very different ways, for example,

by certain educators who appear to be dedicated to using new computer technologies to actually increase the interactive distance between students and teachers, to intensify the compartmentalization, deskilling, or “Taylorization” of teaching practices, in the name of cost-cutting and efficiency, as well as what I consider to be reductionist views of teaching/learning dynamics;

by other, possibly more humanistically oriented educators, to decrease interactive distance, to bridge that distance, and to bring learning communities together in the name of constructing knowledge and developing critical thinking abilities.

:: “Our first concern should be about the impact of the social order on technology rather than the reverse…Technology is never neutral. It embodies a set of human values often latent, obscure, or deliberately disguised…technology creates no new values…Serious students of technological change must participate in value decisions.”(ii)

:: My point is that, when educators engage in identifying the political implications of educational technology we have to look beneath and beyond the surface of the technology itself, to the philosophical and political choices that have determined particular uses of that technology. And when we do, in my opinion we find that the political issues we face as educators – the ones upon which we should really be focusing – are the ones we already know, such as:

What I refer to as the colossal “dumbing-down” of Western, or at least of North American, culture (and whose interests does THAT serve?) paradoxically combined with the intense marketing and necessitization of “credentialing”;

a global withdrawal from support for education that, I would argue, has to be perceived as anti-intellectual and ultimately anti-democratic.

AS WELL, as educational workers, we must be alert to the fact that the current wave of technological change is bringing about changes to the organization of work in almost every area of human endeavour that are far more profound than those wrought by the Industrial Revolution. In this arena, too, it is our responsibility, to join with other workers to discern the underlying political values that inform change, to take control of this change, to direct it to the service of human needs and quality of human life, rather than to the service of dehumanizing and exploitive interests.

OTHER PANELLISTS:
Other panellists spoke from personal experience about the difficulties that can arise when new educational technologies are employed without adequate planning for the needs of students, or without adequate training or equipment or technological supports.

One panellist, the President of the American National Council of Higher Education, reported on an American research project that has found that it takes more time per student for quality on-line delivery of education than it does for in-classroom instruction. This project found that on-line delivery could not properly be used as a way to generate new profits because overall, it costs more to deliver quality education on-line. However, on-line delivery can provide a service by reaching out to students who would otherwise not be able to participate in face-to-face or on-campus learning, for reasons as varied as being required to work during classroom hours to being overweight and fearing not being able to fit into desks.