From My Perspective: Debbie Jabbour writes about her experiences with AU exams and talks about a stipulation for scheduling longer exams that you need to know about. Read the article, then send me your funny, frightening or just plain weird exam stories for a future Sounding Off column. Also read this week’s Dear Sandra for more exam advice.

Severe Acute Respiratory Syndrome: Zil-E-Huma Lodhi reports on the current status of SARS, what is being done to curb the disease, and how you can take steps to prevent infection.

AU Honours Students: This week we bring you the list of AU honours students for the term ending in December, 2002. Congratulations to everyone who made the list!

It came a little early this year. The biggest snow storm of the winter hit Calgary on April 16th. Usually it seems to come a week or two later – often just after the May long weekend.

There is nothing extraordinary about it – you could pretty much bank on it. Calgary rarely gets much snow in the winter. It stays up in the sky until we have a couple of summery-hot spring weeks, and then down it comes in a heavy, wet, and very sticky blanket. Down too come the power lines, phone line, tree branches, roof tiles, and anything else not capable of holding the accumulated weight of several layers of water laden white stuff.

Somehow people are still surprised each year by the “freak” occurrence of being snowed in in April or May. It makes for a lot of fun, watching the clueless neighbours carefully set out dozens of fresh, green bedding out plants each May long weekend, only to have to dig them out of the snow a week later. I imagine that the plant stores love it. They get to sell a second batch of stock each year to these yoyos who never learn. But, the snow came early this year, so I guess I’ll miss my fun – although it is Calgary, and hail season is right around the corner.

This year’s storm was pretty amazing, though. On Saturday we went out to shovel, and I was wading up to my thighs over the lawn to shake the snow out of my flatted lilac tree. Ok, I’m pretty short, but that’s still deep! I did make a pretty keen snowman on the deck, though – another spring tradition.

This year most people were able to get their cars out with little trouble, and I only saw one get stuck. It was nothing like the storm of a few years ago, when none of us could get out for several days and neighbours with pick-up trucks were trolling the streets with cables and chains picking up a few dollars or some free beer for pulling out stuck cars. The guy next door really profited that year. He said he pulled out over a dozen in the space of an hour!

I feel bad for people when I see them rushing out first thing in the morning, trying to get their cars dug out, struggling to keep momentum through the deep snow drifts so they don’t’ stop and become stuck. You can always tell the good Samaritans, their pants soaked with dirt and slush up to the thighs from standing behind spinning tires as they try to push hydroplaning vehicles through the muck. Some people give up quickly and call in sick, while others brave the elements and persevere. Everyone is stressed, and praying that the snow will let up.

Everyone, that is, except for those of us lucky enough to be full-time Distance Ed students. We get to wake up, make a cup of hot chocolate, and watch the mayhem through our windows as we prepare for a day of study in our cozy homes. I recently heard some rather insulting comments from grad students who insisted that undergrad studies at AU are lonely and stressful – one even suggested that undergrads might need therapy after the ordeal of obtaining a DE degree.

I can only laugh at such comments, because what might be lonely for one person, is liberating for another. I never worry that the weather, car trouble, traffic accidents or even the common cold will prevent me from getting to school. I wake up in my place of study, and my books are always near. I don’t’ have to skip class if I have an important appointment or if something comes up – I just study later, when I can fit it in.

I am especially pleased to be a part of AU given the recent outbreak of SARS, and the threat of so many other viruses. The simple fact is, people who spend a lot of time in large buildings with a lot of other people are at much higher risk. People I know who works in large corporations or who study in a traditional schools, always seem to have one virus or another. I remember someone on a talk show once quipping that kindergarten ought to be called ‘petri dish’ because of the many viruses her young daughter brought home, and I could not agree more. It’s true that DE students have to worry more about electronic viruses, but there are effective preventatives for those.

Those of us in AU are lucky. We have many students in SARS- affected areas, like Toronto, but this is no cause for concern. The city may be locked to outside visitors, but we continue to study together, and will be able to do so even if the situation worsens. And if the skies open up and drop another foot or two of snow on our heads, what do I care? I have my books, I have light, and I have enough things to keep me busy to last a lifetime. Lonely? Stressful? 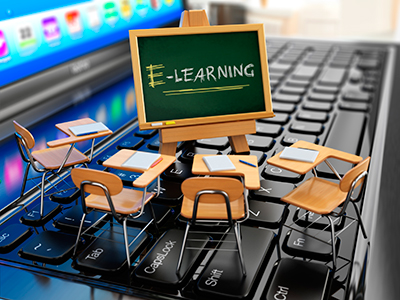 AU Exams at Home with ProctorU