Articles
The Voice
Has Canada Become A Post-Industrial Society 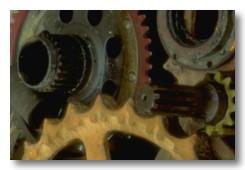 For instance, in 1973 Bell argued that “postindustrial societies would engage most workers in the production and dissemination of knowledge, rather than in goods production as in industrial capitalism” (Krahn & Lowe, 1998, p. 24). In 1982 Naisbitt built on Bell’s analysis, concluding that “‘the new source of power is not money in the hands of a few but information in the hands of the many'” (Krahn & Lowe, 1998, p. 25). Both of these authors saw post-industrial society as embodying the diminution of class and income based inequalities and the rise of greater democratic freedoms. Others hold more critical perspectives such as Reich, who argued in 1991 that “symbolic analysts (engineers, scientists, consultants, and so on) whose skills are in great demand have become wealthier, while other American workers have become poorer” (Krahn & Lowe, 1998, p. 25). It would seem that Reich supports the “disappearing middle” thesis.

Some authors take a more balanced view of contemporary society. For instance, Godard (1994, p. 519) defines the post-industrial society as: “An extension of the ‘industrialism thesis’ that argues that we are moving into a ‘post-industrial’ era, where traditional blue collar/industrial work (as we know it) will virtually disappear and large, bureaucratic organizations will give way to smaller, more participative ‘adhocracies,’ characterized by high levels of flexibility and adaptiveness.”

Still other authors refute the theory that Canada has even moved out of the industrial era. Maclarkey (1995, p. 29) suggests that “in terms of employment provided and production levels maintained, Canada remains a modern industrial society in which basic manufacturing continues to make a major contribution to the overall economy.” He bases his argument on a re-examination of the statistics which are relied on to measure and stratify specific Canadian sectors. “In other words, when the Canadian economy is disaggregated from a two-and-three fold classification system into a more specific and detailed analysis of 18 economic sectors, manufacturing remains the major source of employment for Canadian workers rather than any particular service sector” (Maclarkey, 1995, p. 35). Curiously, this author’s thesis seems no more than a novel twist on the fist-mentioned simplistic view of post-industrialism”?”if more people work in manufacturing than in any other sector, then we must remain an industrial society.”

Obviously, there is no one “correct” definition of a post-industrial society. Whether referring to simple numbers or complicated and radical changes to the economy and society, I believe that it is clear that Canada is a post-industrial society, one that remains in a state of flux. However, the real question is what this transitionary society will ultimately become, not whether it should be called post-industrial, post-Fordist, post-market, or what-have-you. Will it become the emancipating, equalizing society of leisure where automatons perform the required work, the benefits of increased productivity are shared relatively equally throughout society, and humans are freed to pursue more creative endeavours; such as the optimists predict? Or will it become the polarized society of a rich minority vs. a poor majority, devoid of a middle-class; a society epitomized by inequity, inequality, suffering and autocracy for all but a few?

It is likely that the answer lies somewhere between these polar views. However, unless progressive measures are taken to curb the neoconservative resurgence that embraces the “free-market” ideologies of the pre-war era while simultaneously eroding the welfare state, it is likely that Canada’s post-industrial society will more closely resemble the latter pessimistic vision than the former optimistic one. 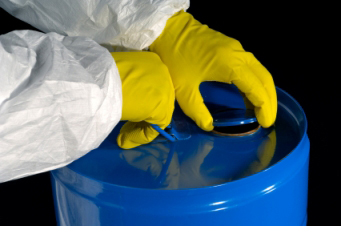 Careers – Consider a Career as an Occupational Hygienist 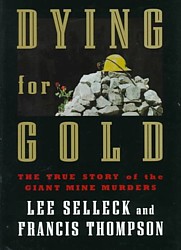