Luckily for me, while I was growing up my father was equally comfortable in the city and in the country. After separating from my mother, he and I (at age 4) settled in the suburbs of Vancouver BC, where I lived until my late teens. Of course, I was very accustomed to the hustle and bustle of city life and I learned the street-smarts that most urban teenagers do. But to my parent’s credit, I was also exposed to the wilderness at a very young age. Every summer, from the age of eight, I would spend a month with my mother and step-father camping and such; and weeks in the deep wilderness with my father. I saw my first wild grizzlies at that age and cultivated a lust for the wilderness rivalling that of my father. By my early teens I was an avid hiker and hunter, and I practically lived the ten months per year of urban life waiting for the two months of rural life to come around.

There is definitely a strong sense of self-assurance that comes with the ability to survive in the wild; one that carries over to the rest of an urbanite’s life. I know that the woodland experiences that my parents, in their own ways, gave to me in my youth moulded me into the man that I am today. After all, if a person can face a charging bear and live to tell about it; just how bad can a bad day at the office be anyway? These days with work, studying and the daily grind, I find myself without the time I once had to retreat to the woods and regain some semblance of peace and sanity. But I know it is important that I make time to do so; not only for me, but more so for my children. I want to give them the same gift that my parents gave to me – an ambidextrous urban-rural comfortableness. 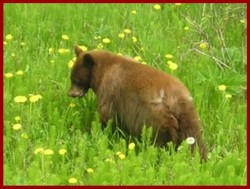 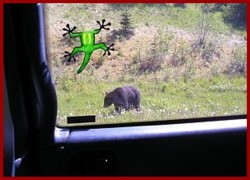 Last week, while my wife was out of town and I was acting as Mr. Mom, I took the kids to stay over at their grandpa’s house. When my father retired seven years ago he settled in Penny BC, a very rural town of which I have previously written. His house is set virtually in the middle of wilderness and he often is faced with wildlife right in his yard. He has seen a grizzly chasing down a moose, been chased by black-bear, and shot a moose all within yards of his house. Although my son and daughter are only 6 and 5 respectively and too young to hike into the high-country, they are old enough for wilderness exposure and they are awed by nature’s bounty. The three of us set out with our van loaded for an overnight stay and on our 24 hour round trip, we saw 7 black bears, three moose, and three mule deer. A couple of weeks earlier on a trip to Penny, our family sighted a similar amount of wildlife plus two grizzlies”?the first wild grizzly (outside of the Calgary Zoo) that my children have encountered. They were thrilled. 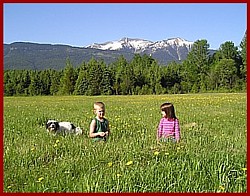 Once at Penny, the four of us made a small camp fire and roasted wieners and marshmallows a mile or so from my father’s house. While we ate, a black bear broke out of the edge of the tree-line and stood up, sniffing to sense what we were. After about 30 seconds it went back into the trees and the kids chattered about the sighting for a few minutes.

Unknown to them, I am reliving my early rural encounters through their eyes; the first wild (and giant) grizzly; the first black bear, moose, & deer; and all of the countless wildlife experiences since then. If I do my job well, my children will become adults who are equally at home doing business in a major urban centre, or watching grizzlies forage for food on the side of an alpine mountain. My bet is that they will prefer the latter – as do I. 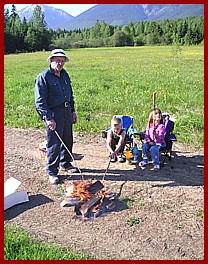 Picture 6: Bear number 4 on the Penny trip; watching the family roast wieners over the fire.

Dear Barb – don’t Expect Everyone to Grieve the Same Way