Our lives are becoming more and more demanding. This is no different when it comes to health. The increase in the use of holistic and complementary treatments for a variety of medical conditions is an excellent example of how people are putting more faith into going natural and exploring the vast world of alternative medicine.

What are complementary and alternative medicine?

Although alternative and complementary medicine sound like same thing, in fact these are two different streams of medicine (http://nccam.nih.gov/health/whatiscam/).

Alternative medicine is an option that can replace conventional medicine. It is comprised of systems and products which emphasize treating diseases or illnesses by helping our body to heal without using strong drugs and thus the stress is more on removing the underlying causes of disease rather on than on directly treating symptoms. This is a very different approach from conventional medicine, which often relies on drugs to treat symptoms, which may suppress the body’s natural immune response.

Complementary medicine, on the other hand, is used in conjunction with conventional medicine to facilitate the recovery process. For example, aromatherapy is used after surgery to reduce post surgical discomfort.

Here are some alternative and complementary treatments currently available in the market:
(http://holisticonline.com/Alt_Medicine/altmed_differences.htm)

Aromatherapy treats illness using scents. It primarily uses plants oils, including essential oils, to promote physical and mental (or psychological) well-being. When these oils are inhaled, they act on the olfactory nerves to produce a variety of effects. Aromatherapy is popular for inducing relaxation or alertness.

Ayurveda is an ancient alternative medical system which has been used primarily in the Indian subcontinent dating back 5000 years. The Ayurveda system used herbs, spices and other remedies for health with a strong emphasis on the connection between mind, body and spirit.

Chiropractic focuses on the relationship between bodily structure and function, and how good bodily structure helps in the restoration of our health. Having a good posture will reduce not only headaches but also cuts down on stress.

Dietary supplements: These supplement contain a “dietary ingredient or ingredients” which supposedly supplement the diet. They are available in a wide variety of vitamins, minerals and metabolites, and each are thought to play a role in preventing disease, especially if the diet is not sufficiently nutrient dense. For example, the use of calcium supplements can ensure that we get the daily recommended amount required for good bone density.

Homeopathic medicine: (http://www.homeopathycanada.com/homeopathy/)
This system is the most popular type of alternative medicine available today. It builds upon the fact that all diseases or symptoms show disharmony in the human body, so treatment should be focused on whole body rather than on a particular organ or system of the body.

In the process of homeopathic treatment, minute doses of medicinal substances which actually cause symptoms similar to the disease under treatment are given to stimulate the body’s natural healing process and cure symptoms. Keep in mind, when those same drugs are given in larger doses they will produce the symptoms which are under treatment.

To illustrate, a patient with insomnia might be given a minute dose of substances that cause sleeplessness, to encourage the body to counter the sleeping problem. In traditional medicine, the opposite approach would be used, and the patient would be given drugs to induce sleep. This method, however, leads to side effects, increasing doses of drugs, and a suppression of the body’s natural sleep response.

Massage therapy: uses the relation between muscles, connective tissues and blood flow. The key is directing blood flow away from the sore muscle during treatment but during the healing phase directing blood towards the muscle.

Therapeutic Touch: This therapy based on the a technique which uses the healing force of the therapist to treat the patient or the positive energy from therapist to lessen or boost the energy levels of the patient.

“In 1994/95, an estimated 15% of Canadians aged 15 and over (3.3 million people) used some type of Alternative medicine,” according to a National Population Health Survey. Here are the few statistics about the users of alternative health care:

Alternative health care use was more prevalent in women, as women have been found to be more vigilant in taking care of themselves.

It was more common among those aged 45-64 (both men and women ) and among higher income brackets.

People use alternative medicine for different reasons. Some think that conventional medicine tends to be more expensive, while others have already gone through conventional medicine which failed to provide relief from their chronic problems. At that point, going alternative with the hope of getting rid of their pain and suffering is a logical choice. But, the major reason that people use alternative medicine is their belief in Side-effects-Free-potions which arises from the fact that they use herbs in daily life anyway, so if it has a promise of curing disease that would be a harmless choice.

Are these methods appropriate and effective?

Some treatments fall short: http://www.healthylifestyles.com.bb/html/safeherbs.html
Some conventional doctors reject the use of alternative medicine. Two Canadian doctors, James McCormack and Chris Stewart-Patterson, knocked the use of herbal remedies saying, “natural did not mean safe.” They said it was a clever marketing gimmick.

Both doctors explained this fact by using the example of ginseng (a popular herbal remedy) which is believed to boost energy levels and sexual potency, but it also produces side effects, like nervousness, and it is dangerous to pregnant women.

They also attributed this to lack of quality control and lack of testing. Conventional treatments have been subjected to scientific research to determine whether they work for the diseases or medical conditions for which they are used. In cases of alternative medicine there is no evidence from scientific research.

Ignorance can cause misuse:

We have some evidence regarding the effectiveness of some alternative medicines, for instance aromatherapy is known and proven to relief post surgical discomfort. But for most natural remedies there are key questions yet to be answered. Here are some precautions or guidelines to follow when you embark on a search for an alternative practitioner:

First, ask for the references or word of mouth input from family or friends, or choose a licensed medical professional who practices some alternative techniques or who can refer you to reliable professionals who do.

Second, be cautious of miracle cures. If someone is claiming to cure cancer in no time with a miracle medicine, chances are you are falling for “too good to be true.”

Third, use conventional medicine first, as it is already well researched. But, if you feel that its not meeting your particular need you can always try alternative medicine.

The best of both worlds

Conventional medicine is not the final word in effective treatment, but alternative medicine may not hold the miracle cure, either. We all have different physiologies and genetic makeups, which means that we require unique medicine or treatments that best suit our individual situations. The best way is to be open and make the right decision for you based upon well informed choices. 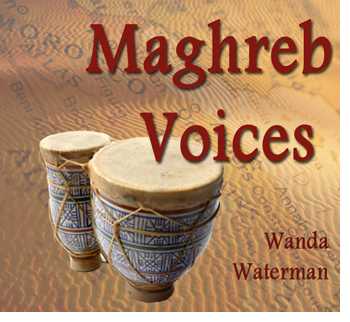