Articles
The Voice
Post-Secondary Learning Act, Bill 43 2003: The Thin Edge of the Wedge? 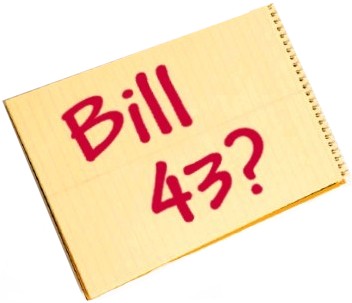 I don’t live in Alberta, but as a student of Athabasca University (AU) and a Canadian post-secondary student in general, I am interested in all educational regulations”?especially those in Alberta. Recently I was made aware of the impending Bill 43 that will alter Alberta’s educational regulations, if passed. The concerns that a fellow student of AU advanced to me were that:

:: The Act would give the Alberta government the right to dissolve any student’s union and appoint their own administrator until the next election.

:: Some people feel that if this bill is accepted, then in the future a similar strategy could be used to allow the government to dissolve any union

:: This law would mean that the government can dissolve a union even if the union membership [who, of course, pays the union fees] is happy with how it is being run, which is contrary to the whole idea of an employee [or student] run organization.

For this discussion we are concerned with narrow aspects of the proposed Bill in order to answer three specific questions:

1. Will the law allow the Alberta government the right to dissolve any student’s union and appoint their own administrator until the next election?

2. Will the law provide the government with a precedent that it can use to dissolve labour unions?

3. Will the law allow the government to dissolve a union even if the union membership, who pays membership fees, is happy with how it is being run?

102 (1) The Lieutenant Governor in Council may by order disestablish a public post-secondary institution and dissolve its board, effective on the date named in the order.

(2) An order under subsection (1) shall specify that the assets and liabilities and the rights and obligations of the dissolved board are transferred to and assumed by the Government or the board of a public post-secondary institution named in the order or both.

(4) An order under subsection (1) made in respect of a university dissolves the senate of the university on the date specified in the order.

(6) When a senate, academic staff association or student organization is dissolved under this section, the assets and liabilities of the dissolved corporation must be dealt with in accordance with the regulations.

The second situation is covered in Section 97 of Bill 43:

(3) The students of a public post-secondary institution may, by a petition made in accordance with the regulations, require the board to make a request under subsection (2).

(4) After the investigator submits reports to the Minister under section 99(5), the Minister may terminate the terms of office of the members of the council of the student organization and may appoint an administrator to exercise the powers and perform the duties of the council until a new council is elected by the students association.

(5) The administrator shall be paid the remuneration and expenses that the Minister prescribes out of the funds of the student organization.

Through examining these two Sections in concert with legal principles, we can answer questions 1 and 3 supra. Interpreting statutes is not the same as interpreting collective agreements in that “unlike statutes where marginal headings are not part of the statute passed by the legislature, headings are part of the language agreed upon by the parties to the collective agreement, they can be considered as an aid to interpretation” (RE: Kenora, August 30, 1993). Conversely, marginal headings can not be used as an aid to interpretation in statutes. However, it is clear, even without their respective headings, that both sections’ raison d’être are specific to their functions: the closing of the school, and pecuniary improprieties on the part of the students’ association’s governing council. In the former instance, all administrative bodies of the closing institution would be dissolved, including the students’ association. In the latter case, the student council could only be dissolved “after a review of the audited financial statements [found] that the affairs of the student organization [were] being managed in an irregular manner.” Common sense would dictate that if that were the case, the student union membership would not be happy with how its association was being run. Further, the appointed administrator could “exercise the powers and perform the duties of the council until a new council is elected by the students association.” While the proposed Bill does not codify a time-limit in which elections would have to be held after the termination of the terms of office of the members of the council of the student organization, it is more likely that elections would be called right away, rather than the administrator acting as an autocratic dictator until the next scheduled elections.

In short, by my reading of Bill 43, the Minister could dissolve a students’ union only under the two circumstances outlined supra. An administrator would be appointed only in circumstances in which monetary improprieties were found, and then only until elections could be held for new student advocates (an interim administrator would not be required if the educational institution itself were being dissolved). Most importantly, Bill 43 does not allow “the government the right to dissolve any student’s union”, but only the right to “terminate the terms of office of the members of the council of the student organization””? the governing body of the organization, not the organization itself.

Governmental legislation allows for students’ organizations in the form in which they exist:

126 (6) On the coming into force of this section, the corporations established or continued as students’ unions under the Universities Act are continued, with the same name, as students associations of the respective universities under this Act, with the powers and duties of a students association of a university established under Part 4 of this Act.

However, the right of freedom of association is codified in the Canadian Charter of Rights and Freedoms (Schedule B, Constitution Act, 1982):

2. Everyone has the following fundamental freedoms:
– (a) freedom of conscience and religion;
– (b) freedom of thought, belief, opinion and expression, including freedom of the press and other media of communication;
– (c) freedom of peaceful assembly; and
– (d) freedom of association.

Which brings us to the second question that needs answering: will the law provide the government with a precedent that it can use to dissolve labour unions? As mentioned supra, Bill 43 does not provide the Minister the right to dissolve a student union — only its governing body. That fact alone mitigates Bill 43’s uses as a “thin edge of the wedge” for the purposes of union-busting. In fact, Canadian governments have already written ad hoc coercive legislation that would allow for the de-certification of unions as penalty measures — taking away the union’s right to represent, but not its actual existence. In fact, legislation that would actually dissolve a labour (or student) union would arguably be unconstitutional as contrary to section 2(d) of the Charter of Rights and Freedoms. The Supreme Court of Canada has found that section 2(d) does not include the right to strike or to collectively bargain (see the so-called “Labour Trilogy”); however, the right of workers (and presumably students) to associate is uncontested. This is a subject that is beyond the scope of this article.

In conclusion, I don’t believe that Bill 43 is the Pandora’s Box that some students are under the impression that it could be. If you would like copies of any of the Bills or Acts mentioned in this article, email me at wayneben@telus.net and I will send you the requested document.