Columns
The Voice
Sounding Off

Last week I asked students to comment on the legalization of gay marriages. You had plenty to say!

I think that this is a wonderful thing. Why should only straight people enjoy such things as prenuptial agreements, lawyers, divorce, property settlement, custody fights, alimony and such.

On the serious side, however, there are so many lonely people in this world, who are we to begrudge someone who has found someone to love.

On my journey to joy I have learned many things. One of these is that when a person finds someone to love, we should celebrate not condemn.

I moved to northwestern B.C. several years ago from a conservative state in the midwestern United States to marry the man of my dreams. Where I came from simple cohabitation was (and bizarrely enough still is) illegal! The possibility of marriage between same sex couples – considering that was like considering bringing Martians to dinner.

My life has since been transformed. Not only have I found my soul mate, but I have also found my soul-peace. I have been blessed to live in a “diverse” community. My blonde-haired, blue-eyed self can walk into a store and be in the minority – lost in the sea of humanity’s infinite variety. What an awesome, life-changing experience!

One of the greatest expansions of my social universe was being allowed into the lives of co-workers and community members who also happen to be in same-sex relationships. I have found these to be fully-realized, well-educated couples who have true, respect-filled, long-term committed relationships. One couple in particular taught me some important ingredients for a healthy marriage: saying no is okay – you’ll still be loved, if you say you’ll do something do it and then don’t complain after, treat your partner as your best friend and greatest ally, your relationship is your safe haven, and always feed your passion. I will be eternally grateful to the two amazing women who shared their life so freely. They’ve been together 25 years. To be honest, that’s one of the longest relationships I’ve known and it amazes me how much love and respect they have incorporated into their daily lives. I have since opened my eyes, heart and life to others who are also in same sex relationships and find my life and that of my family to be much richer.

I realize that some people feel marriage is a religious construct and as such can only occur in relationships sanctioned by the church. I disagree. The state sanctions marriage apart from the church. Religious affiliation is not necessary to validate a state sanctioned marriage. So, why then should religious, conservative values direct the state’s law when it comes to recognizing same-sex marriage?

I believe the stability of marriage, of long-term committed relationships contributes to the stability of a society. If churches choose not to sanction same-sex marriages, so be it. I believe that as responsible members of the state we must support the good, stable and respectful relationships of our neighbours, co-workers and friends. They deserve our respect and should be treated on an equal basis in the eyes of the law.

I have a great admiration of Canada and its progressive, open attitudes. I am proud to be part of the Canadian world that encourages and accepts the variety of its people. I applaud the couples who have spoken out and fought to be placed on equal footing with the current, conservative social standard of marriage. I pray the government, the provinces and the people of Canada will expand their social universe and applaud individuals, couples and families who just happen to include same-sex partners. It is vital to treat all members of our societal family as equals and to celebrate the love, commitment and respect they share.

Homosexuality has been around since the dawn of time as much to the dismay of our conservative government here in Alberta. Roman emperors “initiated” young boys (hey, the Catholic church still does this;-) ), and before colonization Native Americans had berdaches, male individuals who lived like females. Berdaches quickly disappeared because the settlers were so adamant about not accepting them, but the Natives never questioned this practice, so why should we? Who are our government officials to decide that same sex marriages are wrong? Governments once thought females voting was wrong, and that segregation was right. Females fought to win the vote, and now no one thinks anything of it. Non-whites fought for equality and now instead of segregating them governments are encouraging acceptance. It will take some time, but same sex marriages will become just as common in society as women voting and non-whites drinking out of the same fountains as whites.

Marriage should be based on love, respect, trust, attraction and admiration, not gender. Marriage over the years has evolved, once taboo issues like sex before marriage, pregnancy before marriage, divorce, adultery and the oh so taboo practices of oral and anal sex (once considered illegal among heterosexual couples) are all now generally accepted by society. Who we choose to love and how we choose to make love with them should be of no concern to the government. What the government should concentrate on are ethics, road repairs, national security, child welfare, education and health. The government, especially in Alberta, is treating homosexuals as invaders attempting to take over the province, convinced that if same sex marriages are allowed, our country will go to crap and these homosexuals will “convert” everyone, especially our vulnerable children. Fear, more than common sense is directing their decisions. What is there to be afraid of if we allow homosexuals the right to marry? Really, marriage is just a piece of paper and property rights. Their fear that if same-sex marriages are allowed then governments are acknowledging that there is nothing wrong with it and whoever is for it must be hiding homosexual tendencies themselves, and macho Albertan men would never admit that! I say, marry whomever you want, wherever you want and whenever you want, the government has no place deciding that for you!

For next week’s Sounding Off, we have a Canada-related question for this Canada Day week. Is Canada remaining competitive with the world education market in terms of price, quality, and availability? 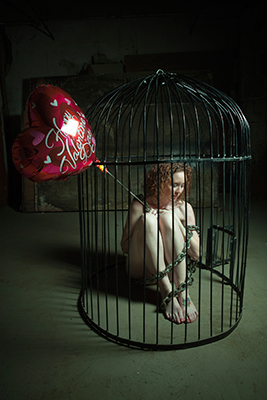 A Shift in Perspective