The Internet has revolutionized the computer and communications world more than any other technology. The invention of the telegraph, telephone, radio, and computer set the stage for this unprecedented integration of capabilities. At once, the Internet is a worldwide broadcasting capability, a mechanism for information dissemination, and a medium for collaboration and interaction amongst computers regardless of geographic location.

The remarkable growth of the Internet has had an intense effect on mass communication, especially in North America. The Internet began as a means of communication within the US government after the nuclear war. As Bruce Sterling writes in his Short History of the Internet, “The principles were simple. The network itself would be assumed to be unreliable at all times. It would be designed from the get go to transcend its own unreliability. All the nodes in the network would be equal in status to all other nodes, each node with its own authority to originate, pass, and receive messages. The messages themselves would be divided into packets, each packet separately addressed. Each packet would begin at some specified source node, and end at some other specified destination node. Each packet would wind its way through the network on an individual basis.” Hence, the basic structure for the Internet was born.

The Internet represents one of the most successful examples of the benefits of sustained investment and commitment to research and development of information infrastructure. By means of the Internet, a user has access to a wide variety of services such as electronic mail, file transfer, vast information resources, interest group membership, interactive collaboration, multimedia displays, etc. The Internet consists primarily of a variety of access protocols. These include e-mail, FTP, HTTP, Telnet, MUD, and Usenet news. Today, the Internet plays an immense role in the area of mass communication. Since the Internet was developed in bits and pieces, mass communication researchers initially overlooked it.

Nowadays, almost every household in North America consists of one, if not two, computers. In 1997, a survey conducted by Nielsen Media Research Interactive Services indicated that there were six million users of the Internet over the age of 16. Of them, 43% were women, nine million were fulltime students, 49% were college degree holders, and 46% lived in households receiving an annual income of over $50,000. With such a high number of users, the Internet is guaranteed to become addictive to many individuals.

I decided to visit an “Internet Addiction Discussion Group,” which is an Usenet message group on the internet. Many people had posted questions, suggestions, and other information with relation to the topic of Internet addiction. I decided to read a few postings and post messages as well. One of the postings that caught my attention was about the “Cause of Addiction.” I learned that when surfing the Internet, the movement of computer animations, flashing lights, advertisements, and the brightness of the monitor stimulate the right brain. After spending too much time sitting in front of a bright monitor, the left-brain becomes tired of the visual stimulus. Hence, the left-brain’s activity decreases. This may be the reason that eyestrain tends to develop in the right eye. According to one of the writers on this Discussion Group, eyestrain develops more in the right eye because 55% of the optic nerve crosses over from the right eye to the left-brain. Thus, the right brain continues to be stimulated by the movement of computer animations, flashing lights, advertisements, and the brightness of the monitor. As per the Cognitive Dissonance Theory, without the left-brain processing visual input, dissonant cognitions are dumped into the right brain. Hence, the Cognitive Dissonance Theory shows one the outcomes of too much Internet use. This causes a state of confusion, dissociation, and obsession.

Emotional trauma also causes cognitive dissonance, traumatic dissociation, and panic disorder. Photophobia is a symptom of panic disorder. The writer of the posting goes on to saying that some people become obsessed with the Internet because they suffer from “illogical emotions, illusions, and delusions.” Also, due to the brightness of computer monitors, photophobia will exacerbate their condition. I was fascinated to learn so much about Addiction to the Internet from a Usenet group.

After learning more about Internet addiction, I realized that we never characterize any time spent in the real world with friends as “addicting”. For instance, teenagers talk on the phone for hours with people they see everyday, but do we ever say they are addicted to the telephone? Of course not! People lose hours at a time, immersed in a book, ignoring friends and family, and often not even picking up the phone when it rings. Thus, socializing, or talking is indeed a very “addictive” behavior, if examined from the perspective of researchers who see Internet as an addiction.

Lastly, I decided to engage in an online activity to get a little taste of Internet Addiction. On YAHOO! Games page, I decided to browse through a few online games. I was stunned to see the amount of online games one can play. I decided to play Pool online for a little while. I played a few games with other users online, and a few with the computer. To my surprise, I spent about 45 minutes playing this game. I could not believe how addictive online games can be and how fast one can lose track of time. After spending approximately an hour playing YAHOO! Games, I decided to log out before I got too drawn into the game. It is indeed remarkable to see how far the Internet has gone today to ensure good fun and information for its users.

As the Internet continues to advance in its means of communication, more people will become drawn to this fascinating form of mass media. Hence, resulting in more Internet addicts. When surfing the Internet, one has to be cautious not to become so drawn into it that one loses track of time. This may lead to a severe case of Internet addiction, which can be harmful to oneself. Thus, it is better to keep the Internet at minimal usage, as surfing without a purpose may become a bad habit. One should not take the Internet for granted; it is a mechanism of technology that should be controlled very carefully and cautiously. 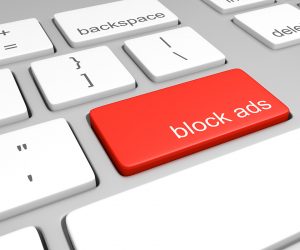 Making Your PC Work For You – Terms and Acronyms