As noted last week (http://www.ausu.org/voice/articles/articledisplay.php?ART=1857) in my first report on the Student Union Development Symposium (SUDS), the conference sessions were relatively short, most of them being panel discussions, where information was shared by SU executives about what was happening in their province, and the types of things that worked for them when lobbying. They were all followed by brief question periods. Most in attendance were newly-elected executives with single year terms, so a lot of the information presented was geared towards providing basic overviews of the many issues that executives would be dealing with. Much of the focus also was on issues that affect campus-based full time students. I found that I was already familiar with a lot of the information presented, but there were still some interesting discussions, and we had plenty of opportunity to raise the profile of Athabasca University and further validate distance education as an important alternative post secondary education option.

The first conference session was a panel discussion with Robert South, Government relations officer for CASA and Ian Boyko, chair of the CFS. Robert gave an interesting overview of the Canada Student Loan Program (CSLP), explaining how costs are assessed and highlighting some of the problems with qualifying criteria. He stated that the CSLP rewards students with the highest costs (living away from home) rather than those who try to economize, and listed several key problems, including:
“¢ earnings are clawed back, with a maximum of $50 a week allowed. Merit-based scholarships also result in reduction of loan amounts.
“¢ parental contribution is expected, and assets must be liquidated.
“¢ inaccurate measures of need, no allowance for essential capital items such as a computer.
“¢ loan limits have not kept up with rising costs, leaving 45% of students at the maximum.
“¢ For 50% of students, average debt after a 4-year degree is $21-22,000 and most take 5-10 years to repay their student loan.

An interesting piece of information Robert provided was regarding the rigorous audit system in place in Ontario. The $50 weekly earning limit is strictly enforced, and the government does audits even after students have graduated. Should they decide that students earned more than the maximum during any period of their study, they re-assess the loan and demand immediate repayment of that portion of the student loan.

Robert commented that Edulinx, the company that processes loans, is owned by CIBC and is a private, for-profit company. Although repayment does not start until 6 months after graduation, interest accumulates immediately, at either prime plus 2.5% floating, or prime plus 5% fixed (current prime is 4.75%, with mortgage rates averaging around 5-6%). He concluded by noting that the whole process of obtaining a loan, repayment, and applying for debt-reduction relief is more complex than preparing a tax return – and the majority of Canadians pay someone else to do their taxes!

Ian Boyko began by referring to the “Youth in Transition” survey, which showed that 100,000 18-20 year olds do not go on to post-secondary education, citing financial barriers, and another 21,000 drop out due to financial reasons. Students from low-income families represent a significant portion of these numbers, and he cited several other studies that indicate half of low income students do not pursue PSE, and enrollment from students with family earnings less than $40,000 has dropped from 22% to 15% over the past two years. 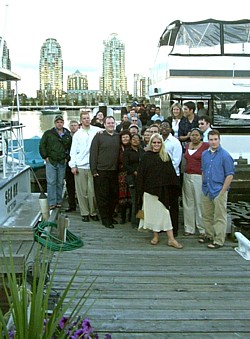 Ian commented that the Millennium Scholarship project builds on the premise that “if you tell people they are not poor, they will think they can go to university.” He reinforced Robert’s discussion of the CSLP deficiencies and failure to meet student needs through: skewed assessment, parental contribution requirements, and failure to adjust for cost of living and program costs, adding that the government says it “doesn’t matter how much debt is accumulated, but whether students can pay it back.” According to Ian, the answer should not be more loans or increased loan limits, since this simply results in higher tuition. A point was brought up during the question period that some universities are negotiating arrangements with banks that would allow student access to private loans, something that could also potentially result in huge tuition increases.

Ian then discussed the Registered Educational Savings Program (RESP), which he calls a “wealth-based” system which rewards those who can afford to save – and the more you can afford to save, the more the government adds! The RESP is a boon for the banks that benefits a select few, and Ian noted that it costs 1 billion dollars to run each year. If the RESP were eliminated and converted to grants, it could give $5000 to 200,000 students; if converted into reduced tuition, it would result in a 25% reduction for all. (According to Statistics Canada, there were around 600,000 full time university students in 1999). 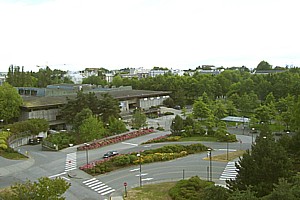 The themes Robert and Ian brought up were reiterated throughout all the other sessions. Tuition was also the topic of the afternoon’s panel discussion between Oana Chirila, AMS President, UBC; Matt Lannan, VP Education, McMaster SU; and Johanne Galarneau, President, Dalhousie SU.

Johanne opened the discussion by noting that Nova Scotia has the highest tuition in Canada; the greatest number of PSE institutions per capita; and receives a significant number of out-of-province students, who are subject to a large differential fee (50% at Dalhousie). There is very little debate or consultation with students on tuition, although some students commented later that the consultation process often felt like students were just being humoured in any case.

Oana then gave us a history of British Columbia’s tuition freeze, adding that since it has been lifted students are facing compound increases of 60-70%. Student groups in BC had actively lobbied government for years, and were successful in keeping the freeze up until 2001. At that time the presidents’ council made a submission to the government, convincing them that the freeze was affecting attendance, viability and quality, and on February 18, 2002, tuition was deregulated. UBC immediately proposed a 68% increase over three years, and although student protests managed to limit the increase to 28%, the university fought back, arguing that they needed the same tuition as other institutions across Canada in order to be perceived as a quality university. Two more tuition hikes followed – 23% in Sept 2002 and 30% in May 2003. What was the result? Oana noted that class sizes have increased, applications for student aid have jumped, and students at UBC are coming from a higher socioeconomic status – yet UBC has fallen in McLean’s ranking! 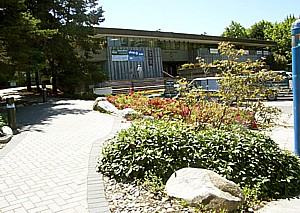 Another UBC student representative provided a lengthy and detailed explanation of what had occurred during the 80’s and 90’s with BC’s educational system, and how students, with the help of the CFS, forced the government to freeze tuition in 1995. Many institutions tried to get around the freeze by hiking ancillary fees, resulting in a court challenge, with students suing the university for violation of legislation. The students won the case, and ancillary fees were included in the freeze, until a government change in 2000 when the freeze came off. The point was made that a number of institutions had managed a balanced budget without increasing tuition during the period of the freeze, but that the government obligated them to increase tuition anyway. Several students indicated that in BC there is a culture of fear and intimidation, with university administrators unable to speak out against the government or tuition increases.

Matt Lannan spoke about the challenges in Ontario, saying that the Mike Harris government is “hard to get things out of.” He stated that although students successfully lobbied for a 2% cap over five years for all PSE institutions, Ontario is the worst in terms of per capita funding. One issue is student financial need bursaries. Universities are supposed to offer 30% of their budget for needs-based bursaries, and if the university raises money, the government matches it. This system favours universities that are better equipped to fundraise, resulting in unequal distribution of funds.

Federal transfer payments came up for the first time, and this was another theme which would be reiterated throughout the sessions. Feds fund 10-15% towards education, but “pass the buck over to the provinces,” through transfer payments, making Canada one of the only industrialized countries where the federal government does not take direct responsibility for PSE.

The final discourse of the day was given by Dr. Donald Fisher, UBC Centre for Policy Studies in Higher Education, and addressed the topic of “State, Industry and University Relationships with the PSE System.” Dr. Fisher spoke of the trends towards commercialization and commodification of education as increased investment from industry occurs. He used the term “market ideology” to describe the “entrepreneur university” where commercially viable knowledge is a commodity produced for exchange. There are many implications of this trend, including: greater stratification as research universities become more differentiated from teaching universities; privileged research in disciplines with greater commercial value; increased accountability to the private sector for performance; and more restricted access to university to upper and middle class only, with disadvantaged students falling even lower on the scale. The picture Dr. Fisher painted was rather bleak, particularly since the commodification process appears inevitable.

All photos by the author. The two larger scenic photos are of the UBC campus.