Articles
The Voice
From My Perspective – Irritations 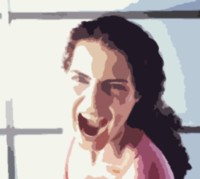 During the last month I’ve been keeping a daily log book which details my mental and emotional state (for the reason why I’m keeping the log book, see next week’s Voice). This has been a very interesting and educational effort. However, I’ve noticed this past week that my level of irritability and anxiety has increased, becoming a daily occurrence. A fairly high level of irritability and frustration isn’t something recent, in fact I’ve been feeling quite stressed and irritated for months now. I’ve identified a few obvious reasons for this. My job with the addictions help line was one, and after I quit, my irritation was somewhat relieved – although it gave rise to other causes of frustration such as financial worries. The behaviour of a colleague is another source of trouble – since this individual, for some unknown reason, appears determined to make my life as difficult and stress-filled as possible. General frustration at feeling overworked and under-appreciated is yet another reason. But these are all things that have been ongoing for months, and don’t adequately explain why my irritability level has increased during the last week.

I’ve come to the conclusion that it must have something to do with things going on around me that I’ve read about in the paper and seen on the news. Regardless of the source, being in a constant state of irritation is exhausting, time consuming and counter-productive. I probably can’t do much about most of my sources of irritation and stress, but I’ve decided to use this week’s column to vent, in the hopes that it might at least make me feel better! So here’s some of the news stories that I’ve found irritating during this past week.

News story #1: Extremely wealthy soon-to-be Prime Minister Paul Martin is accused of creating a large tax loophole for the rich. This is not the first time. Why is this irritating? Several years ago Revenue Canada audited my self-employed musician business, deciding that it was not a valid venture since I did not make a profit for several years in a row (I can hear all the musicians out there laughing themselves silly at the thought of making a profit in the music business). They disallowed years of tax returns and demanded repayment of back taxes. Acting on some bad legal advice, my partner and I fought the case all the way to tax court. Of course we learned that “you can’t fight city hall,” and not only did we lose, we were assessed court costs of $2000 each to pay the taxman’s lawyer. I soon found out that when it comes to collecting taxes owed, the taxman is more aggressive than Soprano’s-style leg-breaking mafia money-lenders. In desperation I finally wrote Finance Minister Paul Martin a letter, throwing myself on his mercy, begging him to use the income tax fairness provision to forgive me the money owing. Although it was only a few thousand dollars, as a full-time student and single parent, it represented a lot of money to me. Mr. Martin wrote back to advise me that he could not interfere with a decision made by Revenue Canada’s tax court. I guess you only get taxes forgiven if you are already part of the rich man’s club or if you happen to be former privacy commissioner George Radwanski.

News story #2: Courtesy of Ralph Klein’s government, Albertans can look forward to natural gas rebates this winter to offset our extremely high heating bills. Why is this irritating? The program will cost the government 1 billion, and rather than benefiting only those who truly need the assistance, these rebates go to everyone, rich and poor. This announcement brought back memories of a long, cold winter a few years ago when I was forced to keep my thermostat at minimum and wear layers of clothing due to heating bills that had tripled. Ralph gave gas rebates that year too, sending $300 cheques to every Albertan over the age of 16, based on whether they had filed an income tax return. The money was sent via the income tax department, meaning that I didn’t get my rebate, since the tax man appropriated it for taxes owing (see news story #1). The government says this time they will not be generating work for cheque printers and Canada Post, but will instead give money directly to the gas company with the intent of lowering our bills – leaving many to wonder just ‘who’ is getting the benefit. With an election likely coming up next year, I guess the government hopes Albertans will be fooled by this blatant vote-purchase attempt.

News story #3: School is back in session in Alberta, and classrooms from kindergarten up are reportedly overflowing, with more than 30 students per class in some cases. Teacher lay-offs and budget cuts are blamed. Why is this irritating? Teachers threatened a strike last year, and eventually received an arbitrated raise of 14%. The government says there is no money to pay these wages. But they have $1 billion to give in gas rebates (see news story #2)?

Supersized classes no treat for children hungry for knowledge: http://www.canada.com/edmonton/edmontonjournal/archives/story.asp?id=7136EE6D-6F26-4508-A0C0-DD78DCDC00A3

News story #4: University classes are back in session in Alberta, along with tuition increases, differential tuition, and increased entrance requirements. Universities are turning away students. Students in Grade 12 are facing intense pressure, knowing they stand no chance of getting into university next year unless their marks are over 80 percent. Why is this irritating? $1 billion for gas rebates (see news story #2 and #3).

News story #5: In Calgary, police dogs are left inside a car in 30 degree weather with the car running and air conditioning on while the officer is inside the station doing paperwork. The air conditioning fails and starts blowing hot air, causing the dogs to have heart attacks. Two die. In addition to being terribly sad, why is this irritating? According to the police, leaving the dogs in the police cruiser with the motor running and air conditioning on is department policy, and this officer did nothing wrong. Several weeks earlier an ordinary citizen took a group of abandoned puppies to the dog pound. It was also 30 degrees, and the puppies almost died enroute due to the heat in the vehicle. This ordinary citizen ended up facing animal cruelty charges. The Calgary police advisor tells people “never leave your vehicle running and unattended” and several parents in Edmonton were arrested and charged during the summer for leaving their children inside a hot car. I have many questions about this event, starting with: Where is the common sense? What kind of asinine policy allows a police officer to burn up public money by leaving a vehicle running for hours with the air conditioning on? And what would have been the police response had it been an “ordinary citizen” who had left their dogs unattended in a running vehicle for hours while they sat in their office doing paperwork?

News story #6: The Alberta government, along with several other provinces, is reviewing insurance rates in an attempt to stem excessive increases and stop discrimination against young drivers with clean records. A review committee consisting of insurance company representatives and government agents insist that the problem of high insurance rates is caused by fraudulent claims consisting of “hard-to-prove soft tissue injuries.” They blame accident-injury lawyers and insist that the solution is to cap payouts for pain and suffering and to limit amounts therapists can charge for treatment. Why is this irritating? As an individual who suffered a “hard-to-prove soft tissue injury” ten years ago that has left me permanently crippled and facing a life-time of increasing pain and loss of mobility, I can vouch for the fact that no amount of insurance settlement money for pain and suffering would be sufficient compensation for what I have gone through. And as much as I distrust the legal profession (see news story #1), if I had not obtained the services of a lawyer, the insurance company might have intimidated me into accepting even less compensation than the small amount I eventually did receive.

News story #7: 20/20 News Magazine profiles a family whose first child died of “bubble-boy” syndrome, a lack of immunity to fight disease. The parents were tested and advised that both carried the genetic trait for the disease, so chances of subsequent children being born with the syndrome were extremely high. Rather than ensuring no further pregnancies, the couple “accidentally” found themselves parents of twin boys – one of whom had bubble-boy syndrome. The program followed his progress through a series of experimental treatments with stem cells that not only saved the child’s life, but may eventually allow him to live relatively normally, without being confined to a “bubble.” Why was this irritating? It was a moving, touching story of a brave little boy, but it brought up several ethical questions. Watching the suffering of this toddler as he struggled for survival through invasive medical treatments and chemotherapy, I could not help but question the responsibility of a parent who knowingly brought a child into the world to face this. Medical costs to save this child were close to $1 million dollars. The parents are unable to pay and the show did not indicate who was being left with the tab. I could not help but wonder – $1 million dollars could have a significant impact on the lives of many children – how could it be justifiable to spend this to save the life of only one child?

I could go on, since there were many more news stories that proved to be sources of irritation to me. Venting helps, but it’s not enough. Sometimes its hard to understand the world around us, why people behave as they do and why so many injustices occur. The crux of the matter is, what do we, as individuals, choose to do about it? I plan on looking for constructive ways to deal with these irritations, and a place to start is by raising awareness and letting the government know what I think. Staying silent when we see an injustice or when something irritates us should not be an option. However, as I mentioned at the outset – irritations can wear a person out. So now that I have vented, I think I’ll take a break and NOT watch the news!

From Where I Sit – You?ll See

From Where I Sit – Paper Chase