In Canada we are educated about racism. There are laws protecting minorities and Canada is a role-model in international human rights issues. We are a multicultural and sensitive society who believe in equal rights for all, fairness and understanding, right?

Can you tell me who Eva Tasup, Calinda Waterhen, and Shelly Napope are? How about Yvonne Johnson? Helen Betty Osbourne? I’m sure not many can. How about squaw, chief, brave, Pocahontas, redskin or Indian? I’m sure almost all of you can tell me what those names mean.

The discrimination against North America’s First Nations people is rampant. You can see it in the justice system and all levels of government, through the abuses brought on by residential schools (the last one closed in 1996), through media and entertainment (either by culture co-opting or stereotyping), sports teams (would Atlanta rename themselves as the “Crackers”?), and mainstream North American misconceptions. But perhaps the lowest rung on the ladder of society is the Native woman.

In the fall of 2001, in the quiet farming community of Tisdale, Saskatchewan, a twelve year old girl was gang raped by three men in their mid twenties. In May of 2003, one of the men, Dean Edmundson was found guilty of sexual assault after three days of jury deliberations. He was not taken into custody and was free until sentencing in June. His lawyer, Hugh Harradance, expressed disappointment over the verdict. On June 27, 2003 the other two accused, Jeffrey Kindrat and Jeffrey Brown were found not guilty. Defence lawyers described the girl as a sexual aggressor who consented to the encounter and suggested she didn’t tell the truth in court (Globe and Mail). Shocking isn’t it? Outside of Saskatchewan, this story garnered very little publicity. In fact my local paper only gave it a few inches near the last page. The little girl was Native and her attackers were Caucasian. Although the obvious question is in everyone’s minds I will say it anyway: would the outcome have been different if the victims’ and attackers’ races were reversed?

There are some questions to ask about this trial. Why were there no aboriginal jurors? In fact the jury was comprised mainly of white males. Why was the girl’s history of abuse brought into evidence? And most appalling why would the jury accept Jeffrey Kindrat and Jeffrey Brown’s explanation that they gave her beer and then had consensual sex with her, although the child stated that they offered her a ride in a truck, plied her with alcohol and then raped her? The systematic stereotyping and victimization of native women was crystal clear in this case.

What about in February, 2001 when two aboriginal sisters (Corrine McKeown and Dorreen Leclair) were stabbed to death in their own home. Very sad, but it happens I suppose. But does it still just happen when 911 is called five times over a period of eight hours?

The following details come from a CBC News report (October 29, 2002) that detail the events from that evening:

The first call: The first time the women phone 911, the call is disconnected. When the operator phones back, one of the women says someone had been shot. Police are dispatched to the address, but Dunlop [the attacker] gives a fake name and McKeown makes no complaint.

The second call: The women are instructed to phone the police directly.

The third call: The women report McKeown has been stabbed by a man violating a restraining order. The operator tells them to solve the problem themselves, and says they are partly to blame.

The fourth call: It’s harder to understand the sisters, although one can be heard saying “please help me.” The operator promises to send police, but no car is dispatched

The fifth and final call: When a 911 operator answers, faint sounds from one or both of the sisters are drowned out by barking dogs. The operator hangs up and dials the house. William Dunlop answers the phone and tries to convince the operator everything is fine. It is now believed that both women are dying, or dead, while he talks. The operator sends a car to the house, but the sisters succumb to their stab wounds before police arrive.

The sisters lived in Winnipeg’s north end, an area with a large aboriginal population. Some critics argue that this would not have happened if the calls were made from a more affluent neighborhood. It is also interesting to note that McKeown had a restraining order against Dunlop (an ex-boyfriend) that was supposed to be backed up with zero tolerance protection.

Who are Eva Tasup, Calinda Waterhen, Mary Jane Serloin and Shelley Napope? They are the victims of John Martin Crawford. In 1981, in Lethbridge, Alberta, he killed Mary Jane Serloin when he was 19. Her murder was vicious, with bite marks scarring her body. Crawford was charged with manslaughter and was given a sentence of ten years. In 1996 he was convicted of the rape and murders of Eva Tasup, Calinda Waterhen, and Shelley Napope and sentenced to life in prison. He had murdered four women and is the suspect in many other missing women/murder cases. At the time of his conviction, in the ranks of Canadian serial killers, only Clifford Olsen outranked him in the number of lives taken.

Calinda Waterhen, Mary Jane Serloin and Shelley Napope all had families who loved them. In fact, their families had reported them missing to the police and received no answers until the women’s naked bodies were found outside Saskatoon. So why would the second ranked serial killer in Canada get no attention from the media? Outside of Saskatchewan, the story garnered very little attention, and eventually became forgotten in that province too. Warren Goulding’s book Just Another Indian – A Serial Killer and Canada’s Indifference tells the story and offers insight into why the media and public at large has paid little attention to these murders. As for the book’s title, Mary Jane Serloin’s sister commented to Goulding that “It seems any time a Native is murdered it isn’t a major case. It’s just another dead Indian.”

Yvonne Johnson is the only Native woman in Canada to be convicted of first degree murder. She was sentenced to life in prison with no chance of parole for twenty-five years. In giving her that sentence the justice system has her ranked with Paul Bernardo, Larry Fisher, and the aforementioned Clifford Olsen. Yvonne Johnson was charged in 1989 with her part in the beating death of Charles Swark, an alleged pedophile, in Wetaskiwin, Alberta. Along with her sentencing in 1991, her common law husband, Dwayne Wenger, received a sentence of ten years and another man, Ernest Jensen, the same sentence of ten years for their involvement in the beating.

Why is it that John Martin Crawford, just eight years earlier received a manslaughter charge and was sentenced to ten years for the brutal rape and murder of Mary Jane Serloin while Yvonne Johnson will be in prison until she is 52 years old (if granted parole), long after her children have grown up? A man died, that is the main tragedy, but another overlooked tragedy is that Johnson received a grossly unequal sentence compared to her co-accused. Her book, Stolen Life – The Journey of a Cree Woman, written along with Governor General Award winning author Rudy Weibe, highlights the life of a woman whose stature in society was prearranged even before she was born.

Nineteen year old Helen Betty Osbourne was abducted and brutally raped in 1971, near The Pas, Manitoba. The RCMP officers assigned to the case had concluded that four men were responsible, Dwayne Archie Johnston, James Robert Paul Houghton, Lee Scott Colgan and Norman Bernard Manger, though it wasn’t until 1987 that Dwayne Johnston was charged with her death. The other three men went free. It took sixteen years to bring some sort of justice for the Osbourne family. The story of the investigation and the town that covered up her death was made into a movie in 1991 called Conspiracy of Silence, in one of the rare instances any media has paid proper attention to the victimization of First Nations women.

So are we an enlightened, accepting society? If media outlets gauge their stories on the public’s appetite, then why aren’t they reporting on these gross injustices? It could be that the media and society at large are no better than hate groups such as the KKK. We hear what we want to hear, and ignore the voices that are striving to be heard. In not giving these stories and issues the coverage they deserve media outlets are breeding ignorance and fostering violence. 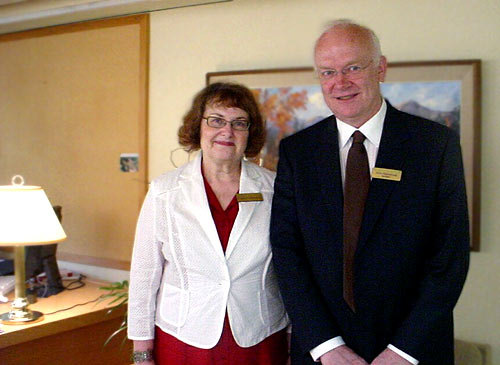