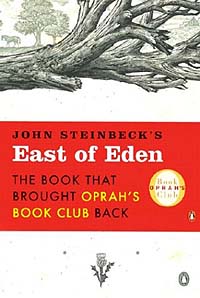 East of Eden is my first review of an Oprah Book Club selection, and I’ve only read one other book she chose. Most of them seem to be overloaded with description and that leaves me in “word shock.” Glancing through some of her other selected books, I found it took an hour to digest a sentence and a day to fully grasp a paragraph. It just wasn’t worth it.

East of Eden caught my eye since it’s a classic American epic by John Steinbeck. I’ve never read Steinbeck and I wanted to expand my reading horizons. I opened the book for a quick “oh it’s 25 % off” look at Superstore and stood amazed at the description that opened the book:

“The Salinas Valley is in Northern California. It is a long narrow swale between two ranges of mountains, and the Salinas River winds and twists up the center until it falls at last into the Monterey Bay :”

What was odd to me after finishing the book was that this was probably the weakest descriptions it contained. Steinbeck carves out the most amazingly adept descriptions but instead of overloading me from the first word, John throws in a punch of exquisite description when I wasn’t expecting it.

The land isn’t the only subject that he observes with such amazing ability. He sees the people, the history of America and human motives co clearly that he could be a famous psychologist. Unfortunately, he died in 2002 at 100 years of age!

The story begins by following the grueling lives of American pioneers and proceeds quickly enough to show that these characters aren’t super important but that they matter as background.

It goes on to carve out the life of our first generation of characters, Cyrus Trask. He is a failure as a soldier, and a thief and a liar, but as a fan of war – he is the best. Cyrus eventually passes on leaving his sons his land and home and a fortune in stolen finance. The sons, Adam and Charles, have little need to work. Since Adam is regularly being duped and beaten by his brother Charles, the family fortune helps Adam to have an easier survival.

Adam and Charles live under the same roof for a while, at times being cordial but much of the time Charles aims his fury at Adam. Charles is angry, bitter, and cheap. When he dies, years later, he has hoarded his money and left it all for his brother. Adam almost doesn’t get the money, since he hasn’t spoken to Charles in years. The lawyers find him by a stroke of last minute luck.

Adam marries and has two children by a woman who makes about 95% of my flesh crawl – I think the other 5% is missing nerve endings! She is a brilliantly evil character by the name of Catherine, and also later known as Kate. She arrives on Adam and Charles’ doorstep as a bloody pulp, beaten within an inch of her life. She survives because of Adam’s kindness. Charles, however, can see through her feminine charms. She hates that, but not enough to leave him alone. On her wedding night she crawls into bed with Charles and gets herself unhappily pregnant, just before Adam moves his new bride to California. She hasn’t wanted to be there at all, but Adam’s happy in his fictional world and has decided that she just needs to see how lovely California is.

Soon after Catherine gives birth to her two boys, she starts to hatch a plan to get out. She doesn’t want the children so what does she do? Why, shoot your husband of course! Adam is shot in the shoulder and Catherine promptly walks out on him never choosing to see her husband or children again. Since Adam is all but killed by this incident, she should be concerned. True to psychopathic mentality – she couldn’t care less.

Thanks to great writing we follow the family, the crazy wife and their children to an amazing ending.

The book is filled with remarkable insight, prose and tidbits of life observations.

I have a huge place in my heart for this book and I hope some of you will enjoy this great classic. Check out the public library for a copy, curl up and enjoy. 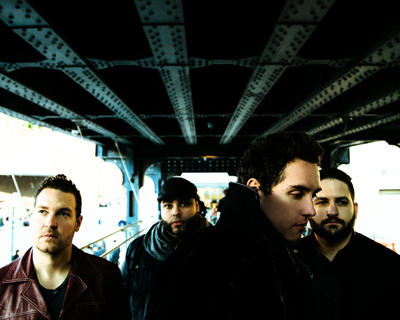 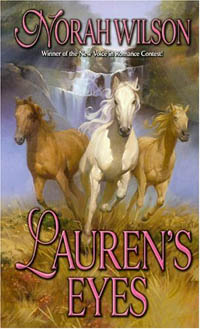