It’s kind of a useless thing for AU students, but I thought you might like to know that today, October 8th, is International Walk to School Day (http://www.gnb.ca/cnb/news/edu/2003e0858ed.htm). Probably most of us would have trouble walking to AU for the day, but it might be a good day to put the books down for a few minutes, throw on a light jacket and take a short walk around the neighbourhood if you can. After all, it can get easy to get too bogged down between studies, work, and just vegging out in front of the tube to remember that there’s still a whole world going on outside as well.

Plus we should remember that there’s a correlation between education and fitness. So since you’re getting educated, you might as well get a start on the fitness side of things as well.

The Province of Ontario has decisively slapped down the conservative government of the province, with the provincial liberals doubling their number of seats in the legislature (http://www.ctv.ca/mini/ontarioElection2003/index.html). Apparently, the conservatives’ cut-everything-under-the-sun strategy just didn’t pay off in the long run for them, and I can’t say that I’m terribly surprised.

The new Premier, Dalton McGuinty, not only has the difficulty of a funny name (though perhaps no more so than Ernie Eves), lining him up for guest appearances on This Hour has 22 Minutes, but also has to deal with a deficit the extent of which is still unknown. Some estimates place it as high as 4.5 billion dollars. That’s a heck of a deficit to be looking at in a province that has legislated deficit budgets as being illegal.

On the bright side, one of the promises made by Premier McGuinty is a tuition freeze, thus halting the disastrous experiment of tuition deregulation in at least one of the provinces it has been tried in.

Now if only the BC “Liberals” would follow suit.

Alberta Learning has released a glowing report (http://www.gov.ab.ca/acn/200309/15229.html) about its own achievements over the past three years. The highlights for post-secondary include the employment rate of post-graduates being at 93.6%, 53 million through the Alberta Heritage Scholarships and other bursaries, increasing grants to post-secondary institutions up to $47 million, $5 million for apprenticeship and technical training access funds, and $31 million to a building for research.

In addition, they’ve provided 89 million in student loans, and 66 million in debt reduction.

$53 million through the Alberta Heritage Scholarships foundation. Of course, these scholarships haven’t gone up at all to keep up with tuition. No, the government has simply needed to put more money into them to handle the growing Alberta population.

Increasing grants to post-secondary institutions to $47 million tells us nothing without us knowing what the grants were at before – and we know from university budget figures that the total funding for universities has gone up less than inflation.

The five million for an access fund is a good thing, but since it is focussed on apprenticeship and technical training, university and college students – the ones who overwhelmingly become the entrepreneurs that create small business and drive the economy – don’t see much benefit.

As for the $31 million for a research facility, I still have difficulties understanding how spending money on a building can be called education. Especially with institutions like Athabasca University, which go a long way toward demonstrating how the building really isn’t needed.

Which leaves us with more student debt, and more student debt relief. Unfortunately, the amounts aren’t even equal, so do not cancel out and we’re left with more student debt. However, even if they were equal, there’s still the problem of all the overhead money that goes into processing both the applications for student loans and the processes by which debt relief is granted. It would seem a far more efficient use of the money to simply lower tuition for all students.

Four Reasons Why Hiking is Terrible 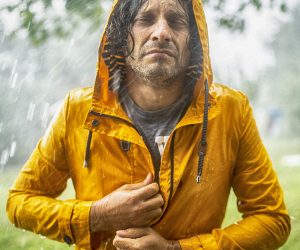 Four Reasons Why Hiking is Terrible 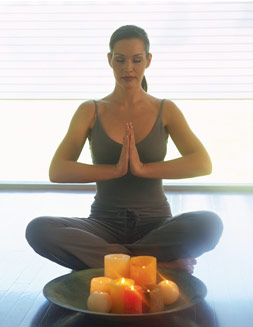 Working in a Workout