Articles
The Voice
REVIEW – MASTERS OF DEATH: The SS-Einsatzgruppen and the Invention of the Holocaust

While most people do not dispute Adolf Hitler’s involvement in the Holocaust, historians have yet to discover his signature on any document authorizing “the Final Solution.” It is, therefore, very significant that in Masters of Death: The SS-Einsatzgruppen and the Invention of the Holocaust, Richard Rhodes suggests approximate dates around which Hitler would have ordered the elimination of Jews in Eastern Europe, and later in Western Europe. The path that eventually led to the Holocaust, however, took many twists and turns.

In the book, Rhodes gives the Einsatzgruppen – the mobile firing squads that followed the Nazi invasion of Eastern Europe – the central role in the Nazi plan to annihilate Germany’s “enemies.” These killing units were meant to help realize the Nazi dream of Lebensraum, in which the east would be depopulated of Untermenschen (“subhumans”), and colonized by Germans. By tracking the operations of the SS-Einsatzgruppen, Rhodes presents the evolution of the Holocaust in brutal detail. With systematized shootings and burials on a massive scale, the Einsatzgruppen (or “task forces”) murdered with ruthless efficiency. “The primary means of mass murder the Nazis deployed during the Second World War was firearms and lethal privation,” according to Rhodes, who gives the shooting squads more importance than the gas chambers in implementing Nazi racial policy.

In July 1941, Rhodes suggests, Hitler enacted the initial phase of the Nazi’s most notorious racial program, the Final Solution. Stalin had made a radio broadcast in which he ordered the formation of partisan units to fight the invading Germans. Hitler used the announcement as a pretense for acting upon Nazism’s ideological anti-Semitism: branding the Jews as partisans, Hitler authorized the genocide of Eastern Europe’s Jews.

What follows, then, are disturbing descriptions of mass executions perpetrated by the Einsatzgruppen. Although these horrors illustrate the scope of this organized program of mass murder, the systematic violence and the overwhelming number of victims eventually become numbing.

At the outset of its murderous program, however, “the SS was not yet ready to risk killing women and children” (p.45), but within a very short time, even Jewish babies would not be spared. Eventually, facilities were needed to treat SS members “who have broken down while executing women and children” (p.167). Since Nazi researchers were already experimenting with carbon monoxide gas in the killing of handicapped Germans, in an effort to reduce the stress on the firing squads, Heinrich Himmler began to consider how this gassing technology could be applied to the genocide of Eastern Europe’s Jews. Gas vans were used for this purpose, but in September 1941, a powdered insecticide called Zyklon was tested on Soviet prisoners of war at Auschwitz.

According to Rhodes, Hitler’s authorization of the second phase of the Final Solution occurred sometime between the 7th and 14th of December 1941, after the United States declared war on Germany. For, as Hitler had stated in 1939, “If the Jewish international financiers inside and outside Europe succeed in plunging the nations into another world war the result will be . . . the extermination of the Jewish race” (p.230). To Hitler, Rhodes argues, the entry of the United States into the conflict represented the beginning of a “world war” and provided the catalyst for the elimination of Western Europe’s Jews. Afterward, large-scale transports from the west carried Jews to death camps in Nazi-occupied Poland to be executed and disposed of with industrial efficiency.

Rhodes also enters into the debate between historians Christopher Browning and Daniel Goldhagen. Both Browning’s Ordinary Men: Reserve Police Battalion 101 and the Final Solution in Poland, and Goldhagen’s Hitler’s Willing Executioners: Ordinary Germans and the Holocaust deal with the history of the SS-Einsatzgruppen. These two books aroused controversy over the question of ordinary Germans’ willingness to participate in the mass killings, the issue of German anti-Semitism, and the scholarly use and misuse of historical documents. Although historians have largely discredited Goldhagen’s work, Rhodes seems to favour some of the latter’s arguments, leading one to wonder if Rhodes is simply uncomfortable with Browning’s disturbing suggestion that “ordinary men” could have been induced to commit horrific crimes on the scale perpetrated by the Einsatzgruppen.

Masters of Death includes a short biography of the main personality behind the Holocaust, Adolf Hitler. According to the author, the brutal physical abuse that the young Adolf received from his father had a profoundly damaging effect upon the future dictator’s character. This explains the violence perpetrated by the Nazi regime, Rhodes seems to suggest, and to support his argument, he presents a theoretical model that describes “violent socialization” to illustrate how a violent personality develops (pp. 21-27). There is, however, a lack of “evidence that Hitler was personally violent” (p.28), so it is not clear that he actually completed the process of violent socialization described in the book. Similarly, when Rhodes applies the same model to members of the Einsatzgruppen, he relies upon generalizations about violence in German society in the first half of the twentieth century and about the brutality in various militant organizations. Yet, to prove his argument, it would have been more relevant to present detailed evidence from individual biographies. As a result, the psychological motivations of the individual SS-Einsatzgruppen members appear to be overly simplified, and the application of violent socialization theory seems to offer, at best, only an incomplete explanation for the Holocaust.

Finally, although Richard Rhodes’ apparent support for Daniel Goldhagen, and the inclusion of the violent socialization model to explain how the Holocaust happened, may be disappointing aspects of this book, they do not outweigh its overall value. In Masters of Death, Rhodes presents a clear synopsis of the Holocaust, and in particular, the operations of the Einsatzgruppen. Even though the graphic descriptions of events may be unpleasant to read, the lessons of the Holocaust should make us all uncomfortable. Indeed, Canada’s own history of racism served as a model for Nazi Lebensraum. As Hitler stated: “I don’t see why a German who eats a piece of bread should torment himself with the idea that the soil that produces this bread has been won by the sword. When we eat wheat from Canada, we don’t think about the despoiled Indians” (p.93). 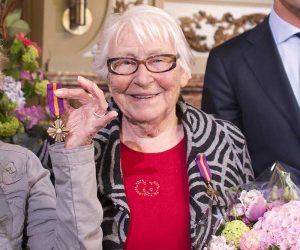