Friends and colleagues meet at the Learning Services Conference 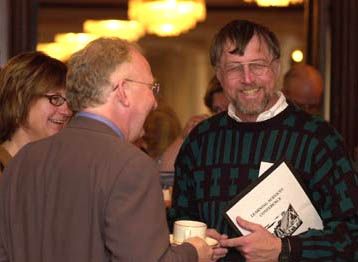 As record numbers of AU tutors and staff members descended on Edmonton’s Chateau Lacombe for the 2003 Learning Services Conference, many had but one thing on their minds – meeting up with old friends and putting faces to some new names.

The annual two-day Learning Services Conference – still referred to by some as the Tutor’s Conference – is one of the rare opportunities for many far-flung tutors to interact face-to-face with colleagues and old friends.

“I was looking forward to coming up here even though I was tired,” noted Science tutor Robert Changirwa, who drove in from Calgary for the event. “I knew I was coming here.”

Besides meeting up with colleagues, Changirwa noted he has been looking forward to the opportunity to compare notes with people who do the same thing he does; provide academic guidance to students from a distance.

“I always wonder, ‘Are you doing the same? Am I going the extra mile or not?'” Changirwa said.

This sentiment is echoed even among organizers of the event, who noted this conference’s 220 registrations are a significant increase over an annual average of 180-190. 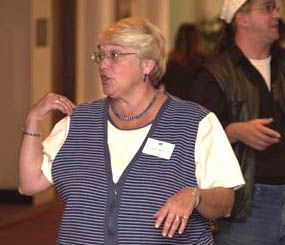 “I look forward to the interaction with the tutors and seeing people talking together,” noted Learning Services Coordinator, Cindy Kilborn, who chaired the conference’s organizing committee. “As a distance education institution, I don’t see enough people face-to-face. I’m looking forward to renewing friendships. You talk business over through the year. I want to ask people about their families and their lives. I’m looking forward to meeting tutors and asking, ‘How are things going?'”

She added that events like the Learning Services Conference are more important than ever, as staff and tutor numbers continue to climb. Close to 100 tutors have been hired in the past year to keep up with rising enrolments.

“Some tutors are replacing others, but not a lot,” Kilborn explained. “Our enrolments are going up. We’re just expanding.”

Kilborn noted that this year’s conference featured a number of adaptations, such as duplicate sessions, that allowed participants multiple opportunities to take in the sessions that most interested them.

One change Hartley Waldman, CCIS tutor, noted he hopes organizers will one day consider is moving the event to Athabasca. Even though he’s graduated from AU, Waldman still hasn’t had the opportunity to see the main campus.

“I’d love to head on up there because we’re all remote from the University,” he said.

Energy tangible at Festival of Learning 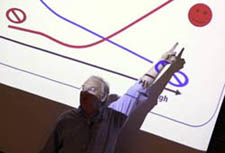 Things were abuzz Saturday, September 27, when the second annual Festival of Learning hit the halls of Athabasca University’s main campus.

Over 100 adults and children from Athabasca and area joined friends and neighbours to enjoy a day of free workshops, children’s activities, displays, food and fun.

We are just thrilled with the community’s response to the Festival of Learning this year,” noted Public Affair’s Marilyn Bittorf, who sat on the planning committee comprising 14 Athabasca organizations devoted to the concept of lifelong learning.

“We wanted to improve on last year’s attendance and we certainly achieved our goal. With around 150 attendees, the energy in the halls that day was tangible.”

“Besides workshops on topics like container gardening, beating stress through humour, auroral activity in Athabasca and life in Palestine, the Festival of Learning offered fun activities for kids, like a science scavenger hunt put on by Science Outreach-Athabasca, puppet shows, face painting and card making. According to Bittorf, the Festival of Learning did all it was designed to do.

“We had two main goals,” she said. “One was to plan a day of fun for people to enjoy with their family and friends. The other was to demonstrate that learning doesn’t necessarily mean books and degrees, that learning can happen in pottery class or in discussion with neighbours.

“I think we accomplished that,” she added. 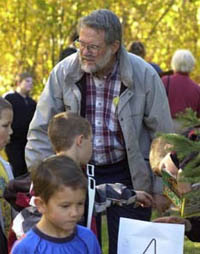 Organizers are meeting later this month to discuss the third annual Festival of Learning. Bittorf noted that festival attendees provided a lot of valuable feedback that will be incorporated into next year’s plans. She is certain the festival can generate the same sort of enthusiasm next year.

“We are so grateful there were so many people who were willing to contribute their time and energy to the Festival of Learning,” Bittorf said.

“We have so many people to thank; the presenters, the volunteers who provided children’s activities, those who set up displays and demonstrated crafts, Mike Cardinal for kicking things off. This wouldn’t have happened without their generosity.” 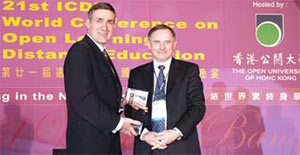