HERE COMES THE RAIN AGAIN – Bill Pollett has plenty of rainy-day free time on his hands, but he puts it to good use crafting this informal dictionary of precipitation. Want to know the difference between Mingus Rain and Don Ho Rain? Read on to find out.

TALES OF AN ADULT NAIL BITER – Teresa Neuman tires of being unable to pick up change and kicks this most persistent habit.

ARTS STUDENT WON’T “TURNITIN” – More on the man who has challenged the use of plagiarism detection databases by his university.

Alberta Student Loans Repayment – Do you Know Your Options!

With all the talk about the lack of funds available through the Alberta Student Loans program, the one issue that is often overlooked is the lack of information provided by the loans program to new and current students. Some readers have commented on the generosity of the program, citing dead-beat students who default on loans as a drain on the system and the real cause of our student loans woes.

What we never ask, is if students are being given enough information to make the most of their loans and the relief programs available to help then pay off their massive debts. Many students who apply for their first loans are barely out of high-school, and they may have very little experience with terms such as ‘principle’, ‘interest’, ‘floating rates’, and ‘equity.’ Are these kids being properly counseled before taking loans, on how long it will take to reply the debt? Are they aware that there are many strategies for paying off a large debt, and that what works for one person, may not work for another? Do they know, for example, that making just a tiny extra payment each month will dramatically decrease their interest over the long run, and shorten the length of their payback time significantly?

Financial skills are just that – skills. They take time to learn, and experience to master. Ask anyone who is financially successful about their younger years, and most will have a horror story of a bad loan, mortgage, or credit card debt that they entered into without understanding all of the terms. How many people are still carrying major credit cards with 18% annual interest or higher, not realizing that they probably qualify for a low rate card for a minimal fee?

I think you get the picture, but the point is most kids don’t. And it’s not because the are not smart, savvy, or paying attention. It’s because they aren’t being properly informed before taking out their loans.

I know that the Alberta government has started to provide new loans customers with better documentation, and with easy to read [if not childish] booklets on student debt and repayment strategies, but I still don’t think it’s enough.

Case in point: The Alberta Students Finance Board’s Remission Program. What’s remission, you say? If you do, you are not alone. Remission is only the best relief program available to Alberta students, after all. And it’s not a new program. It’s been around for at least a decade, but I think much longer. I was very fortunate that someone told me about remission when I first started school, so I knew to apply when I completed my studies. Given how incredible this program is, I found it hard to believe that many students didn’t, and still don’t know about it, but over the years I’ve been told by many people – including my bank manager – that very few students apply for remission because they don’t know they can.

So how does it work? Simple. The Alberta government will repay a percentage of your Alberta Student Loan once your studies are completed, at an amount based on how much funding you required to complete your degree, and how long it took. Not everyone is eligible to receive a refund, but many students are. They look at each semester for which you were funded, and any semester for which your loans were above a per-determined limit, you are eligible to get some funds back. The refunds can be substantial. I did my first two years of school very quickly, at three semesters a year. I had loans for both tuition, and living expenses. My total Alberta loan as of the time I stopped using the loans program was just under $15,000. I applied for remission, and a few weeks later received a notice that I was eligible for a $12,500 rebate! I owe less than $2000 on that loan now, the rest having been paid back to the bank.

Many people hold the mistaken belief that his program is only for those who cannot afford to pay their loans. This is not true. They do not even ask you for financial information when you apply for remission. Being granted remission is not an indicator that you have defaulted, or are unable to pay your loan. Also, it does not matter if you have already started paying back your loan, or if you have completed paying it back. You can still apply, and if your loan has been paid, the refund will come to you.

Now with all of the pressure the Alberta government has been under to support university study, you’d think they would advertise this program by shouting it from the rooftops. Instead, they have attempted to address the lack of knowledge about remission by instituting a new policy last year where all new students will automatically assessed for remission after their first, and final years of study.

Just the other day I was speaking with a friend who has been paying back her student loans for a few years. She had no idea about remission. My advice to her was, “Apply right away! You might not get anything, but you never know until you try.”

In effect, the Alberta government is willing to pay a large chunk of the education costs of students who require significant funding. Instead of donating the money up front, they have chosen to pay it back after studies are complete. It’s fair enough, really, as this way the government is sure you are actually going through with your studies. You don’t have to have graduated to apply for remission, though. You simply have to be finished with student loans. My degree is not complete, but I got remission anyway as I am no longer on loans.

If you aren’t sure if you qualify for this program, go to the Alberta Learning Information Services web page (http://www.alis.gov.ab.ca/studentsfinance/eap.asp) for more info, and select “Alberta Student Loan Relief Program” for a pdf form that you can print and send in.

NOTE: I have been considering compiling a list of contact numbers and links for information on cross Canada student funding and related issues for a Voice links page. If you would find a page like this helpful, drop me a line at voice@ausu.org 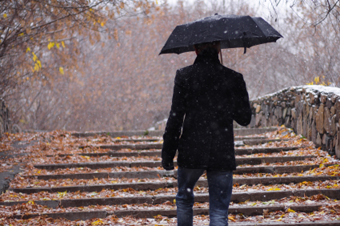