Articles
The Voice
How The Law Has Changed…

Here I sit once again on a Sunday night in the University of Saskatchewan College of Law library. This week I am frantically working on an “open memo”, which is an exercise wherein I am provided with a fictitious fact pattern and must write a balanced legal opinion on its likely outcome if it were to go before a court. My arguments must be supported by statutes and common law cases. The “open” aspect means that I am provided with no cases to utilize but must “discover” the relevant law through copious amounts of research. Of course, this project is due within a set time period and the relentless pace of readings required for regular classes does not abate to alleviate the law students’ anguished plight. If I sound like I’m complaining, it’s merely because my blackened and sunken eye-sockets are representative of the fatigued condition of my mind and body: All that aside, I am really enjoying the challenge of law school and some aspects I find particularly amusing.

Students of law are taught through a process of immersion into common law cases”?they learn the law by reading thousands of judgements from various courts. In reading a case, we are to understand the issues in dispute, the facts of the cases, the arguments made on both sides, the decision of the court, and the legal principles that are produced. The collection of previously-decided cases makes up the common law. Canada’s common law legal system was imported from that of the United Kingdom and much of our law is based on early English cases (Quebec’s legal system was imported from the French Civil Law and is an entirely different entity). Trying to read some of the earliest cases is a challenge to say the least”?they are written in an English dialect that is foreign to ours. Further, both the subject matter of the issues in dispute and the outcomes of the cases can be surprising indeed. I thought I’d share a little light reading with you from the 17th century:

————
The Bill was to have a Discovery of Gold; and a great Quantity of Goods which the defendant took out of the Plaintiff’s Ship; which Goods and Ship the Defendant took on the Sea.

The Defendants set forth, The Charter made by the King to the African Company, of the sole trade in those Parts on the Guinney Coast, and impowering them to seise the Ships and Goods of any that should trade in those parts; and justified under the Patent what he did, and denied to make any Discovery.

The Plaintiff’s Counsel offering to waive the Plea and Demurrer:

Lord Chancellor. If you can help your selves at Law, do so, but I will give you no Assistance here in Prejudice of the King’s Charter.

Well, what do you make of that? This was a case heard in the English Court of Chancery in 1682 and as I read it, the King had granted the African Company a licence to privateer on the Guinney Coast. A privateer was privately-owned ship that was armed with guns to affect legal piracy. It operated in times of war against enemy trading vessels. Each privateer was given a Charter from the King enabling them to seize enemy ships and goods as a ‘prize’. In this case, the plaintiff African Company seems to have accused the defendant ship captain/crew of removing the booty (Discovery of Gold; and a great Quantity of Goods) from its ship after returning from pillaging in the Guinney Coast. The defendants claimed that they had done no such thing, but had merely found no booty at all (denied to make any Discovery). The court found for the defendant ship captain. Want to try another?

————
Herring, Anno 1681, was delivered of two Female Children, they were baptized by the Names of Aqulia and Priscilla : The Birth was Monstrous, for they had two Heads and four Arms, four Legs and but one Belly where their two Bodies were conjoined. The Birth was at Ilbrewers in the County of Somerset : Many People came daily to see them, and gave Money to the Parents ; the Father was a poor Cottage Tenant to Mr. Walround, a Justice of the Peace, who, and the Father entered into Articles, that Walround should have the Custody of the Children, and the Benefit that was to be made by Shewing of them ; but was to pay the Plaintiff one eighth part of that Benefit, and to maintain the Plaintiff his Wife and Children (for he had other Children) so long as Aqulia and Priscilla lived. The Bill complains that the articles were gotten from the Plaintiff by Surprize, being prepared, &c., but the contrary was proved : The Children lived but a Month, and then after the Bill being exhibited to be relieved against the Bond and the Articles, and an account of the Monies received by the Defendant for Showing the Children, which the Defendant had embalmed, and caused to be still kept.

The Chancellor much disliked these Doings, and decreed the Defendant to bury the Children within the Week, and to account for what he or his Agents had received, and full Costs of the whole Suit to the Plaintiff ; who (her Husband the former Plaintiff being dead) did revive the Bill.

Rather macabre, don’t you think? But this case is pretty much representative of a day in the Court of Chancery in mid-seventeenth century England (well:maybe a little unusual). Did you manage to decipher what the case was about? A poor couple had given birth to conjoined twin girls. They showed them to the public for money to make ends meet (there was no social safety net in the 1600s). Their unscrupulous landlord entered into a contract with the father to take custody of the twins, show them publicly for money, and pay the father one-eighth of the profits. The twins died and the landlord embalmed their bodies and continued showing them for profit without paying any money to the father (girls died = no contract [“so long as Aqulia and Priscilla lived”]). The father made out a Bill of complaint in the Court of Chancery but he also died before the case was decided. The Chancellor (judge) was so appalled by the “Doings” that he allowed the widow to revive the husband’s action (no small event in the centuries before women’s rights) and ruled against the landlord.

So now you know what I spend countless hours doing”?day-in and day-out reading and deciphering old and new case law. Granted, 99% of it is comprised of decisions rendered within the last hundred and fifty years; but I sometimes wander over to the really ancient racks for a little extra-curricular light reading. If you like this article, email me at wayneben@sasktel.net and I’ll keep an eye open for some more unusual cases and make them the topic of a future article. 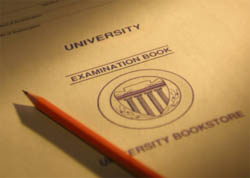