One of the reasons why I am a proud Canadian is that we do things just a little bit differently from a good portion of the world. As a case in point, the Defence Department has released a spot-light (http://www.drdc-rddc.gc.ca/newsevents/spotlight/spotlight_e.asp) on one of its Research and Development projects.

The research, being done by a University of Alberta professor, Dr. Faust, is on flowers. No, not flowers that release poison gas or send out electro-magnetic waves to confuse incoming missiles, or anything even remotely “James Bond”-like (which to be honest takes some of the fun out of it for me). Rather this research is on flowers that have the ability to detect mines.

Basically, these plants have some sort of gene in them so that when growing in the presence of common chemicals that you’d find in a mine, such as TNT, the colour of the leaves or petals changes to indicate it. No doubt as research continues, they may even find a way to have the colour change selectively, in effect pointing to the mine.

Of course, since it takes many weeks for a plant to grow and be affected by things in the ground, this is obviously not something that we’d be handing out to the troops as they head off to war, but rather for use in extended peace-keeping missions. And this is why I’m a proud Canadian. Even our defence research is devoted more to developing peace rather than fostering death.

I just pity the poor guy who has to plant these things.

For the Kids and the Bucks

The Government of Newfoundland & Labrador is promoting a contest (http://www.gov.nl.ca/gsl/cca/s/financial-iq-test.stm) for youth all across Canada. The contest is open to youth from 14-18 years of age and has a grand prize of $2500.00 and a prize of $750 for one entry from each province and territory.

The contest is called the “Test Your Financial I.Q. Contest” and requires an essay of 500 -750 words answering the question “It’s your future. How are you going to pay for it?”

No conditions are applied to how the prize money is to be used, but given the theme of the contest, it should be easy to figure out something.

So if you have kids that you think should be earning their keep already, here’s a way to get them started. Who knows, they might help you learn something in the process as well.

As I reported on some time ago, Prime Minister Klein made a comment at an agricultural conference in Montana suggesting that the mad cow situation in Alberta was not that bad, and that it was only because the farmer concerned was unusually ethical, so did not “shoot, shovel, and shut-up” that the entire issue was any type of concern.

Of course, with the recent discovery that the case of mad cow or BSE (bovine spongiform encephalopathy) found in the United States actually stems from a second cow in Alberta (http://www.gc.ca/wire/2004/01/070104_e.html), and the ranchers in question have blamed the occurrence on the feed (which leads to questions about any cattle bred from or coming from that ranch), perhaps Premier Klein will come to regret those ill-advised comments all the more.

After all, countries looking at Alberta can now justifiably question whether Premier Klein’s remarks were not right on the money – perhaps the farmer who declared it was unusually ethical, as this second case destroys the governments claim of BSE being contained to a single, isolated incident.

Beyond that, the Alberta Government’s statements to its own citizens can be questioned, as when looking at their release (http://www.gov.ab.ca/home/index.cfm?Page=677) on this recent issue, you’ll notice a sidebar that tries to answer the question “Is Alberta’s beef safe?” Our government’s answer is “Yes, Alberta beef and dairy products are safe for consumption. Alberta’s food safety system is among the best in the world. Detection of this case is proof of the effectiveness of our surveillance and monitoring systems.”

This would be well and good except for the one minor concern that our system did not detect this case. The US system found the case, and managed to track it back up to Alberta. Our detection system, in this particular case, was completely worthless. So this is proof of its effectiveness? I suppose it is if you place the effectiveness of those systems at zero. 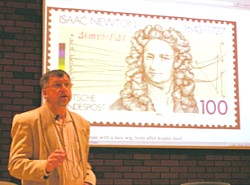