Articles
The Voice
From My Perspective – Girl or Boy? 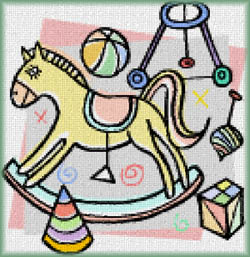 As I await the imminent birth of my first grandchild, I find myself wondering whether it will be a boy or a girl. My daughter chose not to find out in advance at her ultrasound, preferring to wait. I’m not sure if I have a preference, although since I’ve only ever had daughters, I confess that I’m probably somewhat biased. Girls are what I know. I’m great at weaving long hair into french braids. I am skilled at creating beautiful dance costumes and in sewing flamenco skirts with miles of ruffles. I understand the dynamics of teenage angst from a female perspective.

Perhaps more importantly, I understand female emotional development, the way it feels to be women in a paternalistic society. Becoming empowered as a woman is a process I’ve personally experienced and I have had the privilege of encouraging my daughters to also reach for equality, to strive to maximize their potential, to prove that women are strong and capable of accomplishing anything they choose – “I am woman, hear me roar.”

In conversations with my daughter, she commented that having a son would give her an opportunity to raise him with a heightened awareness of all these things, to help mold him into a sensitive and aware young man who will have the utmost respect for the opposite sex and grow to play an important role in changing paternalistic societal norms. Idealistic, perhaps, but an admirable goal. And as a parent, we do hope that our children, regardless of their sex, will grow to become the very best people they can be.

Sadly, attitudes towards female babies are still very backwards in many areas of the world. This world is still very much a man’s world. Women are disadvantaged, and the power structure continues to favour men. For this reason many expectant parents hope for a male child, knowing that he will have opportunities in life that continue to be denied female children.

A few months ago I read an article entitled, “India’s Lost Little Girls” (Edmonton Journal, November 9, 2003). According to census figures, in certain parts of India ultrasound is being used to identify the sex of the unborn child and girl babies are being aborted. In an attempt to curb this practice, the government has made the use of ultrasound to determine sex illegal since 1996, but the 2001 census results have given authorities cause for alarm. That year showed a proportion of 1000 boys to 927 girls under age six, a decline from 962 girls 20 years earlier. In some areas the ration is as low as 754 girls to 1000 boys. According to the Journal article, this trend is caused by both cultural and economic forces. In a traditional south Asian family, the son lives with the parents, earns the income, inherits the property, then cares for his parents in their old age & lights their funeral pyre. Daughters, on the other hand, leave the family to live with her husband’s parents, and not only are her parents forced to pay a dowry, they are often left financially destitute in the process – and without a child at home to care for them. Little wonder these parents prefer boys!

In this country we have less of a motive to prefer one sex over another and to terminate a pregnancy based on that criteria. But as technology allows greater control over reproductive technology, parents have gender-choosing options that can go right back to conception. It may sound like a futuristic science fiction movie, but “we have the technology”. With legal definitions that do not recognize a fetus as a person when still a collection of cells in a petrie dish – people may not consider it a big deal to pick one set of cells over another at that stage. Many parents may have legitimate reasons for choosing a particular gender – for example, a genetic illness that follows through the line of one gender only

But like it or not, this world is still very much a man’s world. Women are disadvantaged. The power structure is in favour of men. Although opportunities have certainly increased for women, they are still not on par with those of men. The Edmonton Journal, in a series celebrating 100 years of publication, cited statistics from 1903 which included the yearly wage for farm help (board included). Males earned $255, while women earned $150. One hundred years later, it’s discouraging to note that the wage disparity really has not changed much. City of Edmonton statistics for 2001 cite yearly average wages for fulltime workers as $50,158 for men; $33,640 for women – a percentage differential almost identical to that of 1903.

I could go on forever citing examples of gender disparity in our so-called enlightened western civilization – but it seems clear to me that in many respects, when it comes to gender equality, we are not as enlightened as we want to believe. Even in little things, the gender role is strongly entrenched in our society. This was brought home to me last week when shopping for baby clothes with my daughter. While my daughter is the most enlightened of parents-to-be when it comes to gender roles, she really struggled with the notion of buying pink for a boy or blue for a girl. I bought a checkered shirt, corduroy pants and a baseball cap – and we both agreed that it would be appropriate for either a boy or girl. Yet the sweet little purple outfit with an angel embroidered on the collar was something neither of us could bring ourselves to purchase – because it just didn’t quite fit with what people would consider appropriate for a boy.

Even in what we consider appropriate activities for children, we are strongly gender-biased. At my daughter’s ultrasound, she commented that the child was moving like either a dancer or a boxer – and I think its pretty apparent that if it is a boy, dance class won’t be on the agenda. A girl will learn how to cook and sew – but a boy is less likely to do so – particularly if the father considers these things “unmanly”. Girls are not restricted from learning things like auto mechanics or construction – but chances are that a son will be given these opportunities while a daughter is not. Girls still play with dolls, boys with trucks.

When it comes to the question of whether this baby is a boy or girl, I don’t think it will matter to any of us either way. Certainly my daughter will do whatever she can to bring up a child who will challenge gender stereotypes – but I know it won’t be easy. We are looking to change generations of gender role bias after all, and my daughter will not be the only person influencing this child’s life. If it is a girl, we will do our best to ensure that she has every possible opportunity in life and will be able to choose any career or life path she wishes. If it is a boy, we will do our best to ensure that he learns that men and women are equal, and that women deserve to be treated with respect. I do know, though, that if it is a boy – he will have plenty of female guidance in his life – and that can only be a good thing!

Author’s Note: As I completed this article just before midnight Saturday night, my daughter called to advise that her water had broken. Almost 33 hours later, at 8:30 AM February 9, my grandson was finally born.

From My Perspective – Giving Thanks and Death

From My Perspective – Single Parenting