I usually constrain my hunting and hiking activities to areas of wilderness with which I am very familiar. However, on a few occasions I’ve allowed my arm to be twisted by an appropriate hunting partner who convinced me to strike out into places unknown to either of us. One of the earliest of these ventures occurred in 1985 with Rick Mayhew. He’d recently acquired a used refuge for the back of his truck, which seemed a cross between a camper and a canopy, and he wanted to take a hunting trip to try it out. I agreed to accompany him and we set out for Cariboo country in British Columbia’s central interior.

The first morning Rick was trying to light his propane cook-stove but the match kept blowing out. Something seemed odd about that to me and I exited the enclosure and stood at the back of the truck with my hand on the propane shut-off valve. A few matches and much cursing later, Rick finally got the propane to ignite. He exited the camper as if he’d been shot from a canon, a roiling ball of orange flame pursuing him out the door. I quickly closed the valve and the two of us laughed nervously after discovering that the only harm Rick had incurred was a severe singeing of his facial hair and afro-like mop. It turned out that the new camper had come with a stove but no propane tank. Rick had installed one but hadn’t realized that a pressure-reducer was required between the tank and the stove. Instead of the 2 psi that should have been coming out of the stove, the propane was shooting out unregulated and that’s what had kept blowing out the matches.

After a detour into Williams Lake to have the stove repaired, we were once again on the road. A couple of nights later we camped on a small snow-covered road 15 km from the nearest farmhouse. After breakfast we’d only been driving for a few minutes when the truck shifted in an odd lurching manner. Rick and I looked at each other with wide eyes just as the truck fell through ice that we’d not even known we were driving on. With that we were stuck and it was very unlikely that anyone would find us on that isolated road. It took me most of the day to walk through the snow in minus 10ÂºC, procure assistance, and return to Rick and the truck. That was an interesting trip, but needless to say, we weren’t successful hunters that time.

In 1991 I was living in the lower mainland when Rob Potter and I decided to go hunting in a different area of British Columbia where neither of us had been. We’d poured over the recreational atlas and planned our route to an area about 150km south of Tumbler Ridge. That time we were going to take my truck and camper and with the long walk from the earlier-described trip in mind, I was going to take no chances. I had a set of custom chains made for the truck and I had an 8000lbs Ramsey winch mounted to the front bumper which had previously extracted me from many tight spots.

After several days of driving, Rob and I found ourselves in an uninhabited area of the province. My truck was making tracks over the snow-covered road which had been undisturbed by previous vehicles. We went over washouts and even through a shallow river where a bridge had previously been, but I wasn’t concerned about becoming stranded because we could always rely on the winch to get us out of trouble. We camped in a spot 125km south of our last human contact. After a couple of fruitless days of hunting we left and fought our way back to civilization. The chains barely allowed us to get back out of the area without the use of the winch and we went on to Pink Mountain.

A few weeks after returning to Vancouver I discovered that my winch was completely inoperative. That realization sent chills up my spine because if the chains had failed us, Rob and I would have been stranded in the wilderness with winter closing in and virtually no chance of being found until spring (if then). It would have taken several days to hike out to get help and the temperature was about minus 20ºC at the time. Luck saved me again that time, but even if it hadn’t I’m confident that strong legs and resolve would have. Ever since that trip I have always pre-tested equipment before depending on it to any substantial degree. 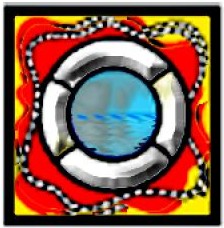