My sisters used to love burning candles in the house when we were in our teens. I took up the practice from them and we’d visit the local hobby shop to procure raw wax, wicks, scents, colours, and moulds to make our own candles. Wax turned liquid in a pot on the stove would combine with other ingredients to form a variety of spicy-smelling and cool-looking tapers. The pungent odours that emanated from the lit candles would disguise many of the “evils” in which teens might indulge but be loath to have parents discover.

My father cringed at the practice of burning candles in the home. Of course he was (and is) a nightly watcher and reader of the news and was eminently more informed that us of the dangers inherent to open flames within a dwelling. Many times he tried to dissuade us from burning candles but his “preaching” fell on deaf ears. I eventually grew out of using candles at home and ultimately developed my father’s paranoia regarding house fires. When I was about ten years old our family-dentist fell asleep while smoking a cigarette in bed; he was killed when his bed caught fire and his house burned down around him. That incident affected me but the fictional perspective of youth that “it’ll never happen to me” prevented my making the connection between smoking-caused and candle-caused fires (although when I became a smoker I made a conscious choice not to smoke in bed).

Over the years I’ve read many news stories of houses burnt down and lives lost through the use of candles as well as smoking, but its impact hasn’t been proximate until a few days ago. The spouse of a good friend of mine, while home alone, had a candle burning in the upstairs master-bedroom. She blew it out, threw it into the garbage and went to the basement. A few minutes later she went back upstairs to find the top floor full of smoke. She snatched one of the family pets and ran to the neighbour’s to call the fire department. Ten minutes later the fire department arrived and managed to extinguish the blaze before the entire house was engulfed, but not before the master-bedroom was destroyed and the house suffered major smoke-damage.

I’m sure it doesn’t seem like it to them right now, but I suggest that my friend and his family were extremely lucky. I shutter to imagine how things might have turned out had the same events occurred just as the family retired to their beds. Much more than mere property could have been lost. As it turns out every person and pet is fine and insurance will replace their loss. For me, this event so close to home is a reaffirmation that a home is no place for open flames. Now if I can only convince my family, who love to burn candles at the dinner table, of their inherent dangers to lives and property. It’s funny how in this, and so many other ways, I have swapped roles with my father”?now I am the one “preaching””?usually on deaf ears:

As a former forest-fire fighter, I have one kernel of knowledge to impart upon those who insist on using fires of any kind. Embers can appear to be extinguished when in fact they are not. This is as true of candles, cigarettes, and fireplace coals as it is for camp-fires, barbeque coals, and forest-fires. The only ways to know for sure that an ember is truly extinguished is to immerse it in water, or feel it with bare skin to ensure it is cool. The latter unpleasant method, called cold-trailing, is used by forest-fire fighters who crawl on hands and knees probing with bare hands through seemingly extinguished coals. I was burnt more times than I can count when discovering fire that I would have bet was out. The moral? Don’t throw out candles or empty ashtrays or fire-place coals into the garbage unless you KNOW that they are extinguished. 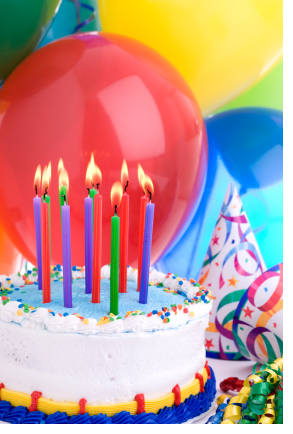 AIDS Has Not Gone Away