In Nova Scotia, the Maritime Provinces Higher Education Commission has put out a press release (http://www.gov.ns.ca/news/details.asp?id=20040218001) with some of the first warnings of many that we will soon be hearing about a severe shortage of faculty.

In a time where some sort of post-secondary education is almost becoming a necessity in order to be able to earn a decent living, the thought of a faculty shortage should give politician and student alike some pause.

According to the release, the demographic trend in Canada predicts that there will be a wave of retirements over the next decade, and very little in place to replace those leaving.

In the maritime provinces alone, it is expected that 1,800 faculty positions will open up through retirement. What this means of course is that those who are professors can expect to demand, and receive, a whole lot more money for their chosen profession. So if you think post-secondary education costs too much now, imagine what will happen when the faculty crunch hits.

Unfortunately, this warning comes almost too late. After all, ten years almost isn’t enough time for a person entering post-secondary education today to work their way through to a full Ph.D. (Especially if they take their courses at the rate that I do.) Equally scary is that almost nowhere else are we hearing the warnings about what is to come. Even student groups, when providing us with the horror stories of what tuition will cost in the next twenty years, often are doing it based on current projections, and not taking into account that the wages of professors will probably rise dramatically as the crunch takes hold.

The solution, of course, is for the government to realize what is going on, and be doing absolutely everything in its power to ensure that anybody who wants to pursue a post-secondary education can afford the tuition and living expenses of the full degree, and not feel like doing so will crush them under an enormous debt-load thereafter.

Instead, use the debt to guarantee that grads will work in Canada – every year after graduation that the person stays and works in Canada serves to eliminate six months or a year of their accumulated student finance debt.

In addition, we should also adjust remission so it only applies to those students who were unable to complete their program, so that people aren’t afraid of at least trying their hand at post-secondary education.

The alternative, however, is trying to compete with the rest of the world for a very limited pool of professors, in an age where knowledge is really what keeps our economies humming.

That’s a proposal that strikes me as even more expensive in the long term.

Back to School for Politicians

Premier McGuinty of Ontario has put forward a challenge (http://ogov.newswire.ca/ontario/GPOE/2004/02/19/c1852.html?lmatch=&lang=_e.html) to the Ontario government. He has challenged each of the Ministers of Provincial Parliament to go back to school for a day before the March break.

The reason is simply that he feels his government is out of touch with the current needs of teachers and students in the schools. It’s kind of a noble gesture, I guess, but I don’t see a lot of value coming out of it. After all, a single day spent in a classroom won’t tell you a tremendous amount. Especially since the average Member hasn’t been in school for 33 years.

Then again, I imagine it will be a large culture shock for most of them – after all, how often do MPPs actually see people reading their homework and trying to provide the right answer rather than the politically astute answer? 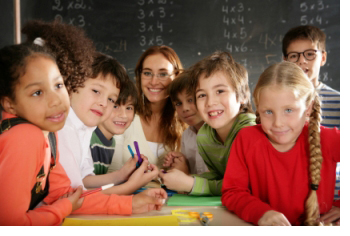 Careers – Consider a Career as a Teacher