Articles
The Voice
The Physically Disabled Know No Bounds

Some people have a grim outlook about the capabilities of the disabled; they believe that a disability may somehow lower a person’s quality of life. But the people who do have physical disabilities are constantly showing us that these people are wrong. One of the most exciting areas in which they do this is the world of sports. People with physical disabilities have found very creative ways to continue to play a wide range of very challenging sports. Some people play these sports at the amateur level and others go on to become Olympic athletes. The sports that are being played by people with physical disabilities are not what most people would expect. I was pleasantly surprised when I found out that there seems to be a sport for almost every disability, there is a way to play highly competitive and physical sports such as hockey, and there are some sports, that I have never even heard of, that were created with the physically disabled in mind.

Did you know that the Martin 16 sailboat can be rigged for use by a person with quadriplegia? You can control the sailboat by breathing into a straw attached to your chest. This is just one of the many innovations that have been developed to ensure that everyone regardless of their physical condition can participate in the sports they love. At the Olympic level there are restrictions on which athletes can compete in certain sports. For instance, only blind or partially sighted individuals can play goal ball professionally. Community leagues, on the other hand, often do not place restrictions on who can play. They welcome everyone, even individuals without disabilities. Many people without disabilities are also becoming involved in sports leagues and using equipment designed for individuals with disabilities. One example is the Martin 16 sailboat which is often used by people without disabilities because the boat is safer and easier to use than many other types of sailboats.

Did you know that people with quadriplegia can play rugby and people with a locomotor disability can play hockey? Wheelchair rugby and sledge hockey are both Paralympic sports along with soccer, wheelchair basketball and judo. These sports are quite physical and competitive, but that does not stop people with physical disabilities from playing them. There are also many other team and individual sports being played in the summer Paralympics. Some sports that can can be seen in this summer’s Olympic and Paralympic Games in Athens, Greece are:

It is estimated that 160 Canadian athletes will be participating in the Paralympic Games this summer. The current winter Paralympic sports are:

There are also many sports that I was not aware of before I visited the Canadian Paralympic Committee’s website. One of these is goal ball, which was designed for people who are blind or partially sighted. The object of this sport is to roll the ball across the court to the other team’s goal while opposing players attempt to stop the ball. Everyone, regardless of the extent of their vision impairment, must wear a blindfold. The ball is equipped with bells to allow players to locate it and the court contains raised lines to help players position themselves. Another sport that is new to me is boccia. This sport is played in wheelchairs and the object is to place your team’s balls closer than the opposing team’s balls to another ball called the jack It is quite a complex and interesting team sport.

As you can see, a physical disability is not going to prevent people from continuing to play sports. Creativity, hard work and a determination to remain active and have fun has resulted in numerous sports being played recreationally and competitively by many people with physical disabilities. If you would like to learn more about these sports you can visit: 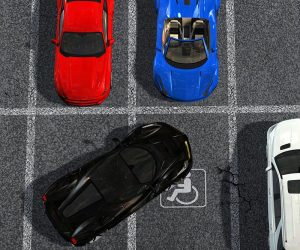 Disabled Person or Person with a Disability?