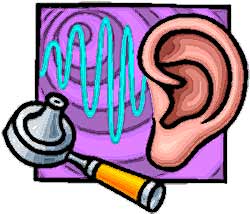 My father has told me many stories of his youth. He quit school early, as did many of the children of his cohort, in order to enter the workforce. He was aged twelve through fifteen while World War Two raged in Europe, and a large proportion of working-class males were overseas fighting and falling in the carnage. My father went to work swamping on delivery trucks in Vancouver and labouring in the shipyard. He described many harrowing adventures while employed in the latter capacity but the element of the work pertinent to this article is the noise that he was subjected to. One of his jobs was that of rivet-boy. He worked within the honeycombed steel hull of the assembling ship, holding a heavy tool against the bottom of the red-hot rivet below-deck as the men hammered the top by hand or machine. Men on a different crew would ream out the pre-drilled rivet-holes with a large power-drill which whined at a piercing pitch. He described these noises echoing relentlessly within the drum-like structures”?the noise was deafening. In those days there was no such thing as Deci-Damp earplugs, so the boys would roll up cotton batten and stuff their ears. Years later my father called on a doctor complaining about his ear. The physician syringed his ears and many wax-entombed balls of cotton were flushed from deep within his ear canals.

In 1948 my father was hired onto the Canadian Pacific Railway and trained as a telegrapher. Shortly thereafter he took his skills to the Canadian National Railway and worked there as a telegrapher and station agent for over twenty years. In order to hear the tapping of the telegraph over the bustling noise of a mid-twentieth century railway station, the company would mount a wooden box on the wall beside the telegrapher’s desk. The receiver was mounted within the box and the operator would place his ear against an opening in the box while receiving telegraphs. The practice was notoriously hard on the ears of telegraphers as the clacking was concentrated and amplified mere inches from the ear. Dad had many other jobs that contributed to the cumulative damage of his hearing, which has left him more than a little hard of it today (and for the last few decades, if the truth be told).

Last Christmas I listened from another room as my father and my son attempted to carry on a conversation. It was almost humorous as the two simultaneously conversed about absolutely nothing in common. It was a perfect imitation of the stereotypical hearing-impaired skit: “Grandpa, do you like Christmas?”: “Yes, I am making breakfast”: I am hardly one to talk, however, as I also quit school early in order to enter the workforce. Among a few of my very loud jobs were: relief-operator in a bottle factory; construction worker; chainsaw operator; helicopter-attack forest fire-fighter; and locomotive engineer. Although I always wore hearing protection while working, the noise levels were so intense and ever-present that my hearing was permanently damaged; although not nearly as badly as my father’s. Still, my wife and I have suffered miscommunications as she “speaks loudly” knowing it necessary to be heard, while I receive the message as her “yelling” at me again:

Just before I severed my employment relationship with BC Rail last fall, I opened a hearing loss claim with the British Columbia Worker’s Compensation Board. Ultimately, my claim was accepted and I received my bilateral hearing aids on Friday March 5, 2004. These are not your grandfather’s hearing aids; they are state-of-the-art hi-tech wonders that are barely visible due to their small size and chameleon-like colour (I chose to pay a sizeable deductible in order to procure this model). They are digital and programmed by computer to exactly match the loss that I have suffered in each decibel-range of each individual ear. There is no volume control, as they are pre-set to bring my hearing as close as possible to normal in every range. In the event of a loud noise, there is an automatic internal switch that shuts them off before the noise reaches my ear-drums. I had no idea what to expect from hearing aids, but after only two days of wearing them I am ecstatic. I noticed the difference immediately and while walking across the audiologist’s parking lot to my vehicle, I found that I could hear sounds that I didn’t know I was missing: the change rattling in my pocket; the rustle of my coat; the squeaking of my shoes: Yesterday I wore them all day at a conference and I wasn’t cupping my hands around my ears in order to gather the sound of the speaker, as was previously my habit.
I have convinced my father to submit his own claim for work-related hearing loss (which he has done) because I know that the quality of his every-day life will be improved more than he can realize by using hearing aids. I also encourage readers who think they may have hearing loss to be tested, whether work-related or not. I am 38 years old and I am very happy to have my hearing aids now, as opposed to suffering for decades before feeling it socially “appropriate” to get them”?one is never too young to have the help one needs (and deserves).