The 2004 AUSU election drew scant interest this week. The final vote total was based on a mere 87 eligible ballots, out of a possible 33,000 AUSU members.

Council had hoped that online voting might increase participation in the election process. In the past, ballots were mailed to all eligible members, along with return envelopes. The cost was high, and the response rate typically very low – less than 1% of the possible ballots were returned.

The online system might not have increased participation, but it did save a bundle of SU dollars, which should translate in to increased funding for student services in the coming year.

It has to be asked, though, why so few AUSU members take a minute out of their lives to vote.

It can’t be blamed on a lack of notice or information. Every AUSU member received a hard copy newsletter in their mailboxes last month, including a two-page spread election announcement, and the website front page has been plastered with election banners, as was The Voice website.

Three weeks before the vote, subscribers to the AUSU website updates were emailed and asked to test the system. Ironically, far more people tested the ballot than actually voted!

It has been posited that people might have confused the test ballot for the real thing. This is unlikely, since the list of candidates on that ballot included Bugs Bunny, Daffy Duck, and Elmer Fudd. No, it was clear from the responses to the test pages that voters were clear that it was merely a test. Then again, maybe they did want Bugs for president. He’s wascally, but a heck of a negotiator:

One reason for a lower turnout might be the unique nature of our student body. According to the 2003 AU Annual Report (http://www.athabascau.ca/main/annreports.htm), up to 78% of AU students are non program students. These students are generally single-course-takers, many of whom are enrolled in full time study at other universities and who are using AU to supplement or upgrade their studies.

It makes sense that those who do not consider AU their primary school would not take much interest in the AUSU. So it is reasonable to assume that out of the 33,000 registered students, only about 7200 would have a strong interest in AUSU (although it’s fair to say that all students – even those we never hear from – are affected by the programs and lobbying of the students’ union). If you use that number, then the voter turn out was more like 1.2%.

Ok, it’s also true that AU students are much busier than the norm (we have a lot of single parents, disabled people, people with full time jobs, people living overseas, etc), and some are just not that interested in contact with other students. There is nothing wrong with that – for some, this is actually a perk of distance education, rather than the drawback it’s often made out to be.

Nevertheless, turn out was poor. There is no getting around that. It’s perhaps heartening to know that turnout is typically poor for all university elections, and that it’s also known that people who are happy with services are less inclined to vote than people who are upset. It seems likely that if people were really worried about corruption in their students’ union – a seed which as been repeatedly planted on the AUSU forums by disgruntled ex-members, but which seems to have failed to take root – then turn out would have been much higher. There has certainly been a very strong interest in the recent elections at York University, where an entire council was ousted for bad management. People who are angry, are often people who vote.

Maybe some people might also not have voted because they did not know enough about the candidates, or because they felt that all of the candidates were a good choice. The numbers bear this out: Out of 87 ballots, with an allowance for up to nine votes, there should be have been 783 votes cast. The results show, however, that only 601 votes were cast. Clearly some people chose to select fewer than the nine candidates allowed – perhaps because they weren’t sure who to pick.

I think, though, that the very close numbers show that all of the candidates were seen as good, viable choices. Other than the top four candidates, who won by a somewhat higher margin, the rest of the candidates had very close numbers. Perhaps this means that those who won can’t feel quite as victorious as if they had won by a very large margin, but then those who lost also should not feel very bad about it.

Clearly everyone ran a good race, and this in itself makes 2004 a banner year for AUSU. In light of the intense conflict, ethnic tensions, and general tomfoolery that seems to be plaguing many other students’ unions at this time of year (I spend a lot of time reading newspapers from other universities), AUSU can be proud to be a union with dignity and professionalism, and this bodes very well for the representation of AU students in the two years to come. Watch for bios of your new council members, coming soon to the AUSU website.

[The opinions of the Voice editor are her own, and are not intended to reflect those of AUSU.]

WANTED: YOUR PROFILE IN THE VOICE

Are you an AU student who has not yet been featured in the Profiles column of the Voice? If so, contact voice@ausu.org for information on harnessing your 15 minutes of AU fame, and you’ll receive a fabulous Voice coffee mug for participating.

Don’t think you are interesting enough? Let us be the judge of that. No matter who you are, or what you do, there is another AU student just like you who wants to know more about you. Pictures are not required, but always appreciated.

CALGARY STUDENTS, COME OUT FOR A GOOD CAUSE
http://www.geocities.com/baldster2004/2004_ALS_Fundraiser.html

Once again, AU student advisor Bonnie Nahornick will be shaving off her hair for a good cause. She’s asking this time for donations to the ALS Society of Alberta, and her shorn locks will be donated to Wigs For Kids.

The event will take place April 1 at 6:30 PM, and AU students are encouraged to attend (RSVP to Bonnie, please). If the great cause is not enough for you, there will also be entertainment and a variety of door prizes, including a Voice fleece jacket, AUSU fleece vests, and Voice mugs. Visit the link above for more information.

ALS, often called Lou Gehrig’s Disease, or Motor Neuron Disease, is a devastating illness that immobilizes the body while the mind stays intact. Here are some facts from the ALS Society of Alberta website: http://www.alsab.ca/fastfacts.html

“ALS is clearly the most common cause of neurological death on an annual basis.”
– Dr. Michael Strong, research scientist at the Robarts Research Institute, London, Ontario
The usual age of onset is 55-65, but people under 20 have been diagnosed.
Two or three Canadians die each day of this devastating disease.
In at least 90% of cases, it strikes people with no family history of the disease.
ALS always results in death. 90% of people with ALS die within 5 years of diagnosis.
The cause is unknown. There is no known cure or treatment that prolongs life significantly – yet.

For more information on the event, or how to RSVP: http://www.geocities.com/baldster2004/2004_ALS_Fundraiser.html 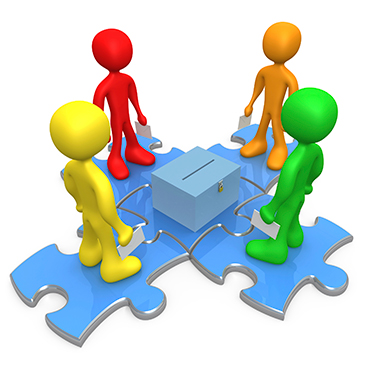 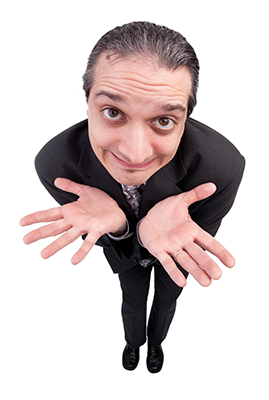 Atoning for my Errors