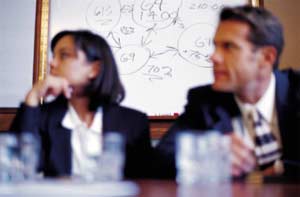 Many of us like to think that we live in a world that fosters equal opportunities for both sexes. We are wrong. There is only one truth, and that is all you can trust: Everything is subjective. As you will see toward the end of this article, the law can be twisted to serve a need or function. We’ll start with my motivation to research statistics on sexual discrimination.

I recently applied for a promotion within the Society for which I work. The position was to be summer camp coordinator for a program designed for children with disabilities. The responsibilities would include supervising staff, planning activities, and writing progress reports. The position asked specifically for someone enrolled in relevant post-secondary education. My current supervisor encouraged me to apply, and so apply I did. The candidates for the position were as follows:

1) Myself – I am enrolled in AU’s Bachelor of Arts program, with majors in English and Psychology and almost three years under my belt. I also have four years of activity scheduling experience, multiple years of leadership experience, and one and a half years of working with the same kids who would be participating in the program. My ability to write is also quite stupendous (yes, I’m bragging).

2) Fireman – This guy works where I do because he can’t get a job in his own field (which says a lot already). He’s previously taken one year of general studies and a bunch of fire-fighting and paramedic related courses. At present he is not enrolled in post secondary education of any kind, however, he worked as a counsellor (very different from coordinator) for summer camp last year. He’s worked in the same position as I have for the last year and a half, but is capable of working with only one of the 13 children in the program. He’s dated at least half a dozen of the women I work with. Yes girls, he’s a great looking guy; he’s won medals and trophies in boxing.

3) Law-School Candidate – this girl has completed her first degree (from U of C) with a major in psychology. She started at the Society last spring, and thus has one year of experience; however, she was very successful in her position as a summer camp counsellor last year. She recently became a full-time employee with the Society (rather than part-time like the fireman and myself), which includes a large amount of responsibility and paperwork (including program planning).

My own supervisor, who has known me for the last year and a half, got the pleasure of making such a wonderful decision. Who would you pick? I, given that the position specifically asked for someone enrolled in relevant post secondary, would have chosen myself. However, the argument against me was that I don’t have previous summer camp experience. Fine. Second choice: the woman with a post-secondary degree as well as experience. Nope. Reason for rejection not given. The decision: Fireman. Why? Well, you tell me.

I think my supervisor (who is a thirty-something married woman with a two-year-old daughter and a Bachelor of Science Degree) is having problems in her marriage and needs more men in her life, or something like that. I later found out that my Supervisor was not made aware of my psychology major or my experience in event planning. ARGH!!! It was right on my resume and my cover letter. Also, our fireman friend applied for the position more than a week after the deadline.

To top it off, when the two positions for assistant coordinator were filled, we again found males chosen over women for no logical reason. One of the guys started at the Society not even six months ago. He beat out a girl who was a summer camp counselor last year. My conclusion: Despite laws against it, sexism remains to be a modern problem in the workplace.

Sexism and The Law

The specific law I’m referring to is the Employment Equity Act, created on October 24, 1996. This Act was generated in support of the goal of improving the representation of women in the public sector. It enhances the merit principle by ensuring that all qualified candidates are considered for employment opportunities.

Here’s the first twist: Employers are not obligated to employ anyone who is not qualified for the position in order to satisfy representation requirements. In this regard, is it not easy for us to say that the Fireman, as he has two months of experience more than me, is more qualified? In the eyes of those in favor of the fireman, I can see how this is so. Here is where subjectivity is a factor. In my eyes, education is a key factor when children’s psychological advancement is concerned.

The 1996 Employment Equity Act applies “to private sector employers under federal jurisdiction, and it includes almost all employees in the federal public sector. In addition, the Act gives the Canadian Human Rights Commission the authority to conduct audits and to verify and gain employment equity compliance” and “where compliance is not attained within a designated period, the Commission may issue ‘directions’ to order compliance” (Bayefsky).

Specifically, the “Act requires federally regulated employers to move toward a more representative work force by developing and implementing an employment equity plan. The plan, based on a careful analysis of the employer’s work force and a review of the employment systems to identify barriers, must contain flexible numerical goals (not rigid quotas) for the hiring and promotion of designated group members in those occupational groups where there is under-representation” (i.e. women, aboriginal peoples, persons with disabilities and members of visible minorities) (Bayefsky).

It sounds all fine and dandy, but there’s one small loophole. “Employers are required to make all reasonable efforts to implement their plan and achieve the goals they have set, but failure to achieve these goals does not automatically result in sanctions” (Bayefsky; emphasis added). In this regard, there is not enough support for women who are victims of gender discrimination. For instance, women who wish to argue with their employers are not only candidates for losing their job, but they must be able to prove (without slandering another individual) that they were discriminated against primarily because of their gender. In most cases, this is not possible.

In terms of how many women acquire positions of authority or power, we must consider this statistic: “Between April 1, 1994 and March 31, 1998, a total of 3,021 appointments were made to federal boards and commissions; of these 1,930 were men and 1,091 were women” (Fifth Report, p.45). Math 215 has taught me that these numbers indicate that the instances of sexual discrimination during this time period were much more than coincidence.

In the even that a company is obligated to hire a woman over a less qualified man, this woman still must face the music when it comes to the reality of her position. After she is hired, she is likely to make less money than the man would, she is more likely to be forced to deal with ostracism from co-workers (male), and in many cases must struggle to maintain her achieved position. For example, “the average salary of women working full time in the federally regulated private sector work force : was $39,282 in 1997, compared to $51,727 for men” (Fifth Report, p. 39); a difference of almost $12,500 in favor of men.

And guess what, ladies? There’s not much we can do about it because apparently the programs that are in place to promote equality take time to work.

Fifth Report (2002). Convention on the Elimination of All Forms of Discrimination Against Women. Fifth Report of Canada. Online at: http://www.pch.gc.ca/progs/pdp-hrp/docs/cedaw5/5thcedawpart1.pdf 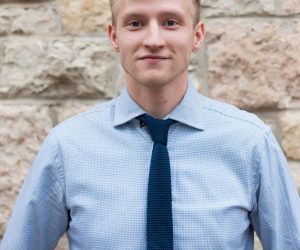