Montreal General Hospital has uncovered a bizarre case of fraud. For a full year, a young man claiming to be a student at McGill University followed new doctors around the hospital under the guise of research. The young man convinced the hospital that he was involved in a study about stress levels of new doctors, and was allowed free access to restricted areas of the hospital, accompanying doctors and observing medical procedures.

Residents finally became suspicious over the length of the supposed study and notified hospital administration and security. The young man was subsequently barred from the premises. Authorities at the hospital acknowledge that the study was a fake, although they do not know if the young man was, in fact, a student at McGill. They have reassured people that the “student” did not touch any patients or treat or counsel them. They have also stated that they will be increasing security measures, including tightening the process for getting a hospital ID.

McGill University and Montreal General Hospital are part of a unique five hospital collaboration, the McGill University Health Centre, that provides training and research opportunities for students. Numerous research projects are being conducted at any given moment.

The puzzle remains, however, as to just why this young man undertook such an elaborate hoax. At the very least, the incident highlights the ongoing problem all universities have with the issue of academic honesty. 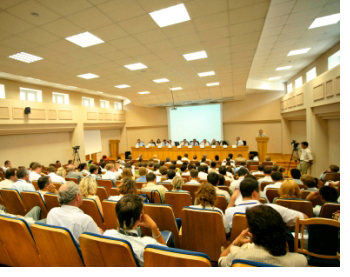