News & Events
The Voice
Brush up on your slang

One of the most fascinating aspects of human culture is language. Most of us are curious about how other people describe things, the words they use, how things are defined, and are delighted to learn a new turn of phrase now and then – even if it is something vulgar. The World Wide Web is bursting at its proverbial seams with all manner of language sites – from the sublime to the ridiculous, from the useful to the purely strange. Try some of them out.

Cockney Rhyming Slang – http://www.cockneyrhymingslang.co.uk/
You’ve probably heard rhyming slang and not even realised what it was — a method of communication in which rhyming words or phrases are substituted for “normal” English terminology. There is often a connection between the rhyming slang and the thing being replaced, but the connection isn’t always obvious.

Regional Slanguages – http://www.slanguage.com/
Learn what the locals in various parts of the world are talking about.

Yiddish Words Found in English – http://www.bergen.org/AAST/Projects/Yiddish/English/comwor.html
English is a bastardised language. It borrows words from other tongues – and more often than not, we don’t even realize when we are using foreign phrases. Take the word “kakameyme” for example.

Western Slang and Phrases –http://freepages.genealogy.rootsweb.com/~poindexterfamily/OldWestSlang.html
More came out of the old west than cowboys and covered wagons.

The English-to-American Dictionary – http://english2american.com/dictionary/a.html
Because, whether you realise it or not, there is quite a bit of difference. As Canadians we may not notice it so much, since we are in between the two cultures.

Pseudodictionary – http://www.pseudodictionary.com/
A site dedicated to made-up slang words, where everyone can add and get credit for their own words too. “We’re compiling a different sort of dictionary here… The words on this site are words that regular (and we use this term loosely) people like you use everyday. So here’s your chance to be part of a dictionary and submit your own words!”

World Wide Words – http://www.worldwidewords.org/
A site with more information on words and language use than you could ever possibly want.

The Rosetta Project – http://www.rosettaproject.org/
“Fifty to ninety percent of the world’s languages are predicted to disappear in the next century, many with little or no significant documentation… As part of the effort to secure this critical legacy of linguistic diversity, The Long Now Foundation is creating a broad online survey and near permanent physical archive of 1,000 of the approximately 7,000 languages on the planet.”

The Word Spy – http://www.wordspy.com/
“This Web site is devoted to lexpionage, the sleuthing of new words and phrases. These aren’t “stunt words” or “sniglets,” but new terms that have appeared multiple times in newspapers, magazines, books, Web sites, and other recorded sources.”

Nonsensicon – http://www.nonsensicon.com/
A dictionary of nonexistent words that I’m sure we could bring into popular usage if we worked at it. 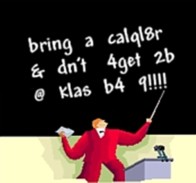 Can The English Language Survive E-Speak?