Articles
The Voice
Who Are We Really Watching At The Olympics?

ST. JOHN’S, Nfld. (CUP) — One month from now, every patriotic sports fan will tune in to the Olympics. As for the athletes, the teams have been picked, flag bearers selected, and uniforms fitted. Their dreams have been dreamt and their excitement is close to unbearable. But many athletes must wonder if their achievements go unnoticed, hidden behind sponsor’s logos, under a cloud of suspected doping, and engulfed in a world of political unrest.

The games were first created to watch individual athletes push themselves to new heights, and compete with one another — to inspire one another. While still the case, the games now look like a battle between Nike and Adidas.

As sporting companies develop new technologies allowing athletes to perform at their “highest level,” one wonders if such physical performance would be possible without millions of dollars in research and development combined with corporate competition. Take swimming, for example.

At the Sydney Olympics, Speedo unleashed the Fastskin swimsuit, allowing swimmers to break many world records. The suit marked a new level of technology that will be surpassed this year by Speedo’s Fastskin 2. Adidas is also releasing a new speed suit for sprinters that keeps the body in optimal position and temperature while running. While these advantages in technology make races more interesting and breaking world records far more frequent, it also detracts from the accomplishments of the athletes.

Perhaps the biggest source of controversy this year is doping. Every year authorities claim they are cleaning up the games, yet steroid practices get worse. The United States track and field trials were perhaps the most discouraging sight of the summer, as brilliant performances by up and coming track stars were dulled by controversy.

Drug use among athletes is one of the darkest sides of sports, intensified this year due to the questioning of many of the world’s top athletes. In the past 12 months, star athletes, such as Barry Bonds, Lance Armstrong, Zinedan Zidane, Marion Jones and many others, were heavily targeted and tested for drug use, having both their reputation and performance compromised. But as companies, like the now infamous BALCO, create undetectable designer steroids, it becomes impossible to believe that this year’s Olympics will be clean.

This year’s events are set in a scary political situation as well. Geographically close to some of the most dangerous areas of unrest, this year’s games present a huge target for terrorist attacks. Several athletes have decided to skip the games simply to protect themselves. While this won’t affect the participating athletes’ performance, it is likely to become an issue that overshadows what could have been many interesting competitions.

When Athens takes centre stage and the torch is lit, the main stories should be about individual achievements, and exceptional displays of athletics. The games everyone wants to see have clean athletes turning in performances earned from an entire life’s training.

The games shouldn’t be about whether Nike sponsored teams had an advantage, or if one company’s steroids were better than another, and especially not about how many snipers are positioned around the stadium. The Olympics are about the best athletes in the world, competing on the biggest stage in the world. As a sports fan that’s all I need. 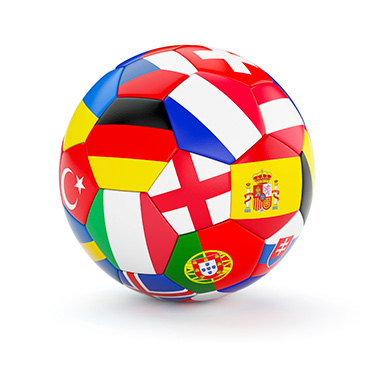