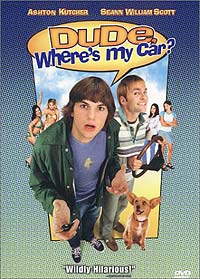 I have to admit I saw this silly film on cable and wasn’t terribly interested in it. The one main problem was that I wasn’t in the demographics they were aiming at which appeared to be 15-25 and a bit slow mentally! Then a half hour in along came Fabio the Italian-born model! Holy crap his cameo was funny! My husband and I watched the one upping scene between the four people in the two cars and promptly killed ourselves laughing. From what I know of Fabio this is ANYTHING but what the quiet gentleman is like. Public affection isn’t on his list with his ladies. It made the scene even funnier! So when I saw this silly comedy on DVD I ran out and bought it just to keel over laughing at Fabio’s scene again.

There are of course many other things to think about with this film. Ashton Kutcher plays Jesse and is sweet to look at. His body is absolutely ripped — skinny, but ripped. Seann William Scott is Chester. Chester is also sweet but his body is a bit more normal.

Anyway, the absolutely brilliant plot runs like this… Chester and Jesse find out that they went to a party the night before and can’t remember where they left their car! I’d love to have heard the pitch to the studio for that one!! So anyhow, some writer took acid or something and decided to add in a problem that they have to solve before they get to their car. The problem is a group of aliens need to retrieve their device that saves the Universe and apparently these two boobs have it! Of course if they don’t get it back soon the Universe will blow up. Oh dear.

So anyhow, now there is a second group of guys trying to get the “continuum transformer” and of course they are Arnold Schwarzenegger types. What else would be in outer space? They have thick Austrian accents, appear to be robot-like and wear matching leather outfits. Naturally the plot complication is that the continuum whoozit is nowhere to be found and the people chasing it can’t identify what it looks like! So of course the two heroes are caught by evil bad guys and given ultimatums, temporarily caged and made to clean up the mess they made at their girlfriends house at the party they don’t remember.

The party has nothing to do with the major plot points. The “major” plot points are kind of blurry and the problem is the script is loosely for the retarded folk who won’t take any consideration of that. Sorry folks, like I said I bought a copy! I know that makes me mental too.

Somewhere in the midst of this a transsexual stripper and “her” boyfriend get into this. I am impressed that the fun was non-stop and the plot somehow managed to survive.

The music is up to the minute and funky. A party scene is a blast of laughs and the silly jokes with guest comedians are hilarious. This film is never going to win any serious awards but it is fun and I recommend it as your start to Comedy for Dummies month. Enjoy. 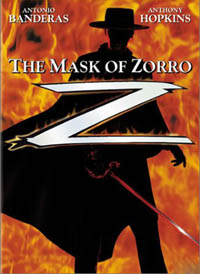