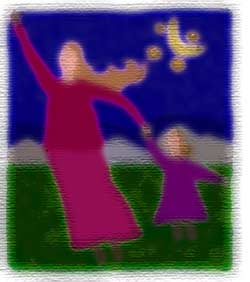 The very idea that Capitalism doesn’t work for some groups of law abiding, liberty-loving humans stirs horror in the minds of some — traditionalists, in particular. Nevertheless, Capitalism, (as a way of life) and its economic objectives simply does not serve the lives or the welfare of large segments of our population.

We blindly accept that Capitalism is the only or even the best economic system we, as humans, are capable of imagining. And while it’s true that Capitalism works for the few, it most often doesn’t work for the many. In fact, as many economists and political scientists will tell you, Capitalism is dirty business. It thrives off the most vulnerable among us — the lowest paid and the unpaid.

There are large groups of Canadian citizens whose job it is to care (compassionately) for the people around them. Some mothers are among this group of people. It’s true that not all mothers would consider themselves compassionate domestic workers, but for those mothers who take the role of domestic work/parenting up in this way, they soon find that in a culture that attaches such monumental value to the exchange of monies, there really is no place for the social recognition or celebration of those who will work or must work for absolutely no financial compensation.

The logic of Capitalism, it appears then, runs something like this: If you get paid for what you do for society, you will receive recognition, money and status. If you work for free so that others might benefit from your labour, you are entitled to no recognition, no financial compensation and no social status. Worse, you may, in fact, be disgraced and degraded for not having the foresight to see how absolutely ridiculous your free, compassion efforts were perceived to be (through the eyes of Capitalism) in the first place.

There are many good mothers among those who, unwittingly, became lone parents. There are many good mothers who entered into marriage contracts believing that they too, would be on the other end of people’s honesty, compassion and sense of fairness. Most mothers do not, in fact, give their consent to a lifetime of servitude for the advancement (or “love of”) Capitalist exchange. We need, as a culture, to recognize this.

Mothers without men are particularly vulnerable to the deficiencies in Capitalist ideology. Capitalism does not pay mothers to care for children, and yet children are people in need of care. If a woman is mated with a man, he may willingly work to contribute financially to the welfare of the family so the woman can focus on the more domestic needs of the home. But if a woman is not mated to a man (and many single mothers aren’t) there really are no safety nets available to women through the market of free exchange.

A woman’s labour is simply not considered to be labour when it is performed in the confines of the home. Job sight is everything in Capitalism. On the job domestic workers are perceived, through Capitalist ideology, as people unworthy of financial entitlement, status or recognition. Capitalism doesn’t concern itself with the care of the home or the children. This is somebody else’s responsibility. Somebody else is responsible for the maintenance of homebound women and children.

Social assistance is not a paycheque for domestic workers. It does not pay women enough money to feed children adequately, and it demeans, without a doubt, the daunting, laborious, compassionate nature of quality care that many children in our city receive on a daily basis.

Sadly enough, we are all complicit in acting out of Capitalism values every time we treat mothers or the work of mothering as though it had absolutely no significance to the maintenance of culture.

Carole E. Trainor is a published writer, mother and university instructor. Her doctoral focus is the role of domesticity in Capitalist Education. She lives in Nova Scotia.