Columns
The Voice
Lost & Found – Notes From a Night Owl

For a summer job after grade eleven, I worked the graveyard shift bussing and washing dishes at an all night diner in Vancouver’s West End. On Friday and Saturday nights it was packed from midnight to sunrise, and at two or three in the morning it was possible to see every form of nocturnal human life that the big city has to offer. There were hospital workers and off-shift cabbies eating plates of greasy fries and pork ribs floating in day-glo barbecue sauce. There were junkies, purple-haired punk divas, bohemians, ne’er-do-wells, speed freaks, street kids, police officers, mystics, con artists, panhandlers and insomniacs of every stripe wolfing down the $1.99 “all day” breakfast. Asian drag queens from the gay cabaret next door would cluster like bunches of artificial flowers around the formica table tops, drinking Earl Grey and Harvey Wallbangers. After work I’d eat a bowl of cereal or a fried egg sandwich at one of the booths in the back, then ride my bike back home through the nearly-empty five a.m. streets and fall asleep in front of the television set.

It was about this time of my life that I began to acquire a conscious awareness that the world after midnight in the big city is an altogether different place than the world we know during sunlit hours. To test this theory yourself, ride public transit at three in the morning, and take note of the way that everybody on board seems to have stumbled in from a parallel but slightly-altered version of our dimension. Look at your reflection in the window, and notice how this applies to yourself. Sure, it’s partly because there’s a whole different and more colourful crowd abroad at this hour. But I also believe that the universe itself has been somehow “tweaked”, just slightly reordered. It is the time, it seems to me, when the portals of the mind are slightly more open to the mysterious, irrational elements that are an inherent part of the world that surrounds us.

Because our current level of scientific and technological development is so very primitive, we are not able to adequately describe or quantify this state of fleeting cosmic transformation that takes place in the wee hours. Like so many other cosmic big fish, it remains eternally elusive, swimming in the great trenches of the human consciousness, far out of reach of the driftnets of reason.

As usual, because there is no instrument or device more perceptive or sensitive than the human imagination, it is left up to artists to explore this lightless region on our behalf. Think of the paintings of late night cafes by Van Gogh. Of films like the Orson Welles classic The Third Man and Martin Scorsese’s brilliant After Hours, and anything by David Lynch. The writing of Gogol and Kafka, the pen and ink drawings of Edward Gorey, the music of Kurt Weill, Chet Baker, Tom Waits, Bjork. Think of all the artists who have been able to describe for us the strange essence of the after midnight hours, when the portals of human consciousness are left slightly ajar, and angels and monsters move more freely among us. I think it was Ezra Pound who said that the function of poetry is to make the world strange. He must have been a night owl. 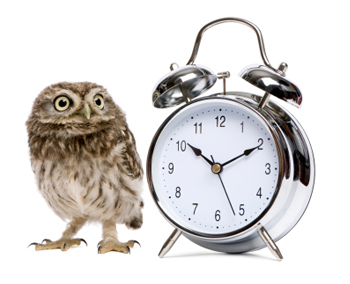 Lost & Found – A Story of my Father