Articles
The Voice
Making it Work 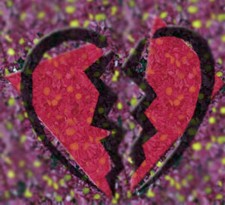 Falling in love is as easy as tumbling through an unmarked manhole cover, but living together is hard. As everybody who has ever had one knows, making a long term cohabitational relationship work is a pretty tricky business. Now that I’m mid-way through my fourth marriage, I feel that I’m entitled to pass on some helpful advice to others.

First of all, I don’t care what anybody else says – all relationships involve compromise. There are many niggling differences in personality and habits that can become sources of frustration within any marriage or partnership.

One of the most common problems to crop up, once the honeymoon is over, is a differing approach toward household finances. My first wife, for instance, believed that setting aside money for RRSPs and CDs was a better long term investment than buying crates of Crown Royal and downloading internet pornography. Eventually we found some common ground when I began contributing to the household income, and at least partially financing my own hobbies, by selling large quantities of Quaaludes and weed out of the trunk of my ’76 Duster. Something to keep in mind.

Another typical source of friction can be something as mundane as housekeeping. Let’s face it, cleanliness means different things to different people. I, for example, am “okay” with a fairly high fecal count and a certain amount of mold on the tableware and armchairs, whereas my third wife insisted on bleaching the cat on a weekly basis. One simple, effective, and yet largely overlooked way of getting around this problem is to rent motel rooms on an hourly basis and move as soon as the filth becomes unbearable.

Very often, we choose our partners based on sexual attraction or superficial things that we may have in common, rather than genuine spiritual, moral and intellectual compatibility. My second wife’s interests included Russian novels, German existentialist theatre, gourmet cuisine and Tae Kwon Do – all of which I pretended to share in order to get her into bed. It was quite a coincidence, but not really enough to sustain a marriage on. For years, I faked various emotional disorders and hemorrhages in order to avoid book club meetings, cooking, and martial arts tournaments.

As I have often claimed when being confronted over one thing or another, something I have learned over the years, through trial and error, is that honesty is the very foundation of any successful, long term relationship. Unless we are absolutely open and honest with each other, there is little chance of building and sustaining any sort of a meaningful, satisfying partnership with our soul mate. Unless we are truthful with ourselves and with each other, nothing else matters. At least that’s my story – and I’m sticking to it.