Articles
The Voice
SLOWING DOWN 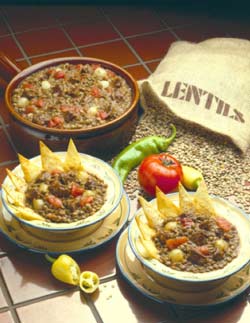 At least for those of us fortunate enough to have steady jobs that allow us a little expendable income during the month, we in the western world have an enormous range of freedom and choices at our fingertips. We are surrounded by books, movies, music, theatre, and all manner of sports and recreational possibilities. We can spend our vacations beneath canvas in the wilderness or beneath ceiling fans in Mexico, Hawaii or nearly anywhere else in the continually shrinking world.

Nowhere is this expansion of choice more evident than in the world of food. On any given night, in any larger metropolitan area, it is possible to dine on good quality moussaka, unagi, butter chicken, Chinese pancakes and Korean noodles. Our supermarkets are filled with exotic foods and aromatic spices from all over the world. And yet, how many of us take the time, on a regular basis, to sit down for a leisurely meal with our families. Between full and part time work, catching up on laundry and laundry and homework assignments, chauffeuring the kids to and from hockey / soccer / gymnastics / swimming, etc., etc., it’s unfortunately far too likely that we’re grabbing something at a drive-thru or filling our fridges with boil-in-a-bag lasagna and instant puddings.

According to its web site (www.slowfood.com), the Slow Food Movement is an international organization, started in Paris and now based in Italy, with approximately 80,000 members in more than 100 countries worldwide. The symbol of the movement, the lowly snail, is a telling one. This creature, according to the movement’s philosophy, is “a creature so unaffected by the temptations of the modern world [that it has] something new to reveal, like a sort of amulet against exasperation, against the malpractice of those who are too impatient to feel and taste, too greedy to remember what they had just devoured.” It is a movement devoted to raising consciousness about the ways our lives can be made more pleasant, fulfilling, and less harmful to others and the planet as a whole by simply slowing down and learning to savour the hours and minutes of our lives. It encourages interest in such things as local, artisan produced foods, restful contemplation, generous hospitality and joyful sensuality.

What is so striking to me is that this movement seems to have arisen out of a general consciousness shift that is taking place throughout our hyper-speed, financially obsessed, 24/7 western world. Talking to many friends and acquaintances over the past few years, I have noticed how many of us feel that our lives in general have become too fast and stressful. So many of us feel that we have been so blinded by the bling bling of material possessions and array of prepackaged options that we have thrown away much of what makes our lives truly enjoyable.

This was a discussion that my husband and I had when our daughter was two years old. At that time we were both working full-time, leading busy and disorganized lives, and the stress was definitely beginning to show. We were becoming short-tempered, and feeling harried and unfulfilled, and worried that weren’t having enough fun with our child. One night we sat down and decided to come up with some kind of a game plan. We decided that my husband would leave his job to pursue an education and a freelance writing career. I decided that I would work no more than four days per week, and less if I could arrange it.

Not, being independently wealthy, nor counterfeiters, we realized this change in lifestyle would mean a drastic drop in household income. Were we willing to make financial and material sacrifices in order to achieve what we thought would be a better quality of life? We decided to at least give it a try.

The first, and perhaps the most radical, concession we made was to get rid of our car. To replace it, we went out and got ourselves three decent, reliable bicycles. Then we joined an organization called the Cooperative Auto Network – a car sharing organization that allows its members to buy shares in a pool of vehicles that can be booked on an hourly, daily or weekly basis; a far cheaper option than owning or renting a vehicle.

Another lifestyle change was to severely limit the number of times we ate in restaurants per month. We settled on no more than one dinner per month outside of the home, and no more visits to the cafeteria for food. Also out of the picture were two dollar barista coffees and ready-made deli items. We started packing along our own tea bags and travel mugs, and making most things from scratch (an additional bonus being that we have a much better control over the quality of food that we’re putting into our stomachs). As we both like cooking a great deal, this wasn’t really much of a hardship. On the nights when we’re really pressed for time, dinner is a chunk of cheese, a baguette and a simple green salad with oil and vinegar dressing, taking all of five minutes to prepare.

Other ways we’ve found of reducing our household expenditures involved visiting the local library for books, magazines and even videos and CDs and making our own wine (we’re getting better at that, but we still hit the liquor store when we have guests over) and consignment stores for clothing. Perhaps the most important thing, though, is that we just simply try not to spend money on things we don’t need. It’s amazing how you can just “make do”, as my mother used to say, with what you already have.

What we’ve found with these changes in our lives is that our stress levels have gradually reduced. We feel more in control of our lives, and better able to “live in the moment”. Ultimately, we’re in the process of exchanging money for time, material affluence for emotional wealth. So far, it seems like a pretty good bargain. 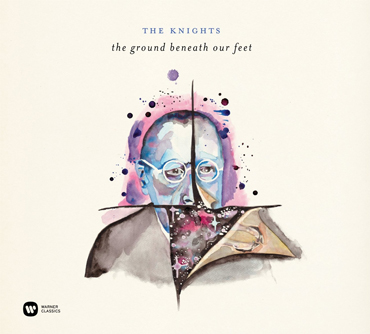