Articles
The Voice
From My Perspective – Giving Thanks and Death

Last week, on Thanksgiving Day, I sat down to make a list of the top ten things I have to be thankful for. Leading the list was my thankfulness at having four beautiful daughters and a healthy, happy grandson. I gave thanks that I have such a close relationship with them, and I treasure the time we have together. Also on my list was my thankfulness that I’ve been blessed with intelligence and the ability to improve my life through learning. Yet as I was finding things to feel thankful for, I kept thinking about death. It was not in a morbid way, but rather, I was thinking of ways death had affected me over this past year, and how each instance had changed me for the better.

It is not really all that strange to think of death and dying in conjunction with a day of thanks, since it is often through loss that we truly learn to appreciate what we have. Death has touched me in many ways during the past year, and each time I found myself musing about the whys, the finite nature of our lives, and how death can be such a terrible thing, yet still be an integral part of life. Philosophers suggest that we need death and suffering in order to appreciate life, although it is hard to subscribe to that perspective when faced with the reality of the pain of losing a loved one.

During the past year several of my colleagues lost a parent to death. I empathized with their pain and watched them mourn, bemused by the different ways each of them coped. Some were stoic, finding a way to appreciate the time they had with their parent. Some put on a brave front yet fell apart inside. Some engaged in odd, bizarre and hurtful behaviour towards others — a coping behaviour that I understood from a psychological perspective, yet still found hard to comprehend. Their experiences made me stop and think about where I am in the stream of time, and how death will increasingly become a reality as my family members age.

Age is not always a factor, of course. My youngest daughter experienced death close hand earlier this year, when a school friend was killed in a car accident. A beautiful young woman a few days shy of her 17th birthday, heading out with a group of friends on a Friday evening, looking forward to enjoying themselves after a long week at school. My heart ached as I watched my daughter and her friends process the incredible pain of this unexpected event that touched them so intimately. As I watched the news and saw the agony this young girl’s parents were going through, I gave thanks that my daughter was with me, healthy and well, knowing that accidents of this nature are all too common among young people. There but for the grace of God go I…

Friends and acquaintances died this year. I was surprised to read the account of a tragic boating accident that took the life of a young man I knew in high school many years ago. He was the heartthrob of the school — the handsomest guy, the one all of us girls wished we could make our very own “prom king”. Once we all graduated I heard nothing more about him, but reading his obituary enlightened me. As sad as I was at the loss of life, I was happy to read that he had apparently done well for himself, married the love of his life and had children. He died doing something he loved, on vacation with his family. Reading this account, I couldn’t help but wonder what my obituary might say about me, and whether it would give people a sense of who I am and what I’ve accomplished in life. In the days that followed his death, I found myself reminiscing about high school. Flashes of my teenage life came back to me — a performance of Romeo & Juliet that both he and I had participated in; hanging out with friends at the mall; my first date. I took advantage of the opportunity to talk with my daughter about the shared experiences we have had and what it was like for me when I was her age.

Last week I read that my first family doctor, the one who cared for me through the births of my oldest two daughters, had died of cancer. I was surprised to discover that he was not that much older than me; I guess the doctor-patient relationship had given him a certain level of maturity. As I went about my daily tasks, I reflected on the different interactions we had as doctor and patient, remembering the person I was back then, reliving the years when I went from teenager to new mother. I thought about the good things I had learned from him, and I remembered what a kind, caring person he was. These positive thoughts and memories made my day that much happier — even though I was saddened by his death.

This summer I had a more intimate experience with death when I lost my dear aunt. She had no children and I was like a daughter to her. I had a chance to say goodbye a few hours before she passed, but this did not make it any easier. In the days and weeks that followed, I went through the kind of pain I had seen so many others endure in the past year. As my daughters and I helped my mother pack up my aunt’s meager belongings, I came across a few special things that she had treasured. A pair of earrings I had taken off my ears and given to her after she admired them one day. A scarf I had made for her. A letter I had written her a year previously, in which I told her how much I loved and respected her. She didn’t have much, but these small things were precious to her. Knowing how much she had valued them eased my pain somewhat and I was comforted by the great love she had for me. I gave a lot of thought to the importance of the little things we do for others, and as I gave thanks that I had taken the time to write that letter, I vowed to try to do more of these little things each day. Her funeral was a sad occasion, but it had a positive outcome when some estranged family members used it as an opportunity to take a step toward reconciliation.

There are other deaths that have touched me deeply this year. On Thanksgiving Day I also read that Christopher Reeve, the original Superman, had died of heart failure. I admired him, and his courage in fighting back against a spinal cord injury that left him paralyzed. As a fan of Smallville, I got a big kick out of seeing him written into the show as a mysterious wheelchair-bound “doctor” who acted as an advisor for the young Clark Kent. He was only 52, yet he had accomplished so much in life. The same newspaper headlines told of the sad homecoming of a Canadian sailor who died in a submarine fire. I did not know these individuals personally, but their deaths gave me a reason to find something good in my life, a time to reflect on what their lives had contributed to me.

We are only here on earth for a short time and we only have a limited opportunity to make our mark on the world. I can think of nothing more tragic and sad than for an individual to leave this world and have no one left behind who will mourn them. They say that the true measure of who we are is what people say about us after we are gone. My brushes with death over the past year have made me stop and really think about what this means. As sad and tragic each loss was, I learned something valuable from it. I’ve learned to find more things to be thankful about each day, to stop and take time out rather than focus on deadlines to the exclusion of everything else. I’ve learned to try to put more emphasis on my family, to enjoy the precious moments we have together. Most importantly, I’ve learned that I want my friends and loved ones to be able to say when I’m gone — “she lived life to the fullest, and knew the value of love — we are thankful we had the chance to know her.”

As Thanksgiving Day came to a close, I added an eleventh item to my list of things to be thankful for. I’m thankful for the chance I have had to know all these special people who have died this past year. I have their memories, and I can treasure the many positive things I’ve learned from knowing them, from the diverse ways they have touched my life. Whether I knew them well or only in passing, my connection with each has changed me and made me a better person. I’m thankful that I’m able to take something positive and good from their deaths, a reason to look at my own life and give thanks, a reason to stop and re-evaluate who I am and where I am going. Their deaths help me value and appreciate what I have, and they will live on forever through the experience and memories they leave behind.

Debbie is a native Edmontonian, and a single parent with four daughters. She has worked as a professional musician for most of her life, and has enjoyed a rich variety of life experiences – with many more to come! Debbie is working toward an eventual doctorate in psychology. 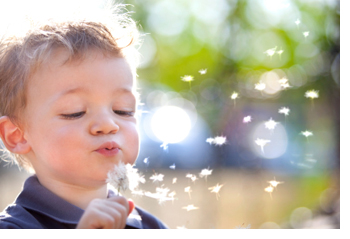 Editorial – Living Out My Chance at Life 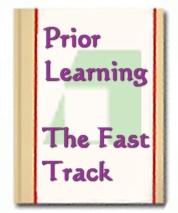 From My Perspective – Prior Learning Assessment and Portfolio Development