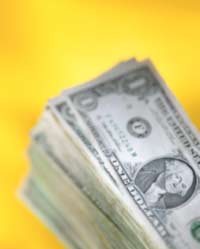 “See that guy over there asking for money? Here’s the thing: I give money to that guy, even so much as one single dollar, and I’m a marked man. I’m a marked man he sees me again on the street. Go to the butcher’s, ‘Gimme a dollar’. ‘Hey, gimme a dollar’ when I walk to the bar. And he doesn’t have more money than me? Yeah, right. He doesn’t have a cell phone? Doesn’t use valet parking, the pony-tailed freak? Four dollar lattes from Starbucks, ‘keep the change, dude, there’s more where that came from’. Housing’s paid for by the social services, and food too. Everything else is gravy, man. I think down in the States they got the right idea. Could use Bush up here.

“Foie gras or China White–name your poison. Think I care if he puts it in his arm, up his nose? Couldn’t give a shit. Always say let a man go to hell in his own way. But don’t play me for a fool. There was that guy in Scarborough made a hundred and fifty a day, waving his stump around. In the National Post. AIDS, leprosy, ebola–you name it, he claimed it. Hundred and fifty a day, tax-free, and they say he left his girlfriend a Rolls. I die, my old lady gets my ’88 Cutlass, my golf umbrella, my Speedo thong and a pack of Pop Tarts. He gets nothing from me.

“He asks me again, I tell him N.A.F.D. which is what I rubber stamp on all of the homeowner’s claims I deny… N.A.F.D. My supervisor (four-eyed prick) asks me “what does it mean?” “What does it mean?” I tell him, looking him straight in the eye, “it means ‘No Advance – File Denied.’ Know what it really means? Not A Fucking Dime. Not one fuck-ing dime. Cost me five dollars to have that made up, but it’s worth it. No receipt for that videocamera? N.A.F.D. pal. Forgot to renew that seasonal dwelling coverage before the forest fire started up? Awww, boo hoo. N.A.F.D. asshole. All day long I’d like to use that stamp. Know why? Because they’re all liars. Ninety per cent. Ever adjust an insurance policy? No? Turns out nobody ever shops at Zellers or fucking Wal-Mart. No way. Every shirt is a Hugo Boss, every pair of pants is from The Gap, every golf club is a Ping.

“Know where my supervisor got his experience? Some business college. Got his education paid for by Daddy, and now he’s an expert. Knows more than me. Now there’s talk about cutbacks. Gotta be more competitive. Gotta compete with Mexico or Norway or some goddamn place. Nobody gives a crap about people any more. No loyalty. Well, someday there’s going to be a reckoning. Someday the little guy’s gonna stand up. Someday soon.”