A new law in Spain requires men sentenced for abusing their wives to wear an electronic bracelet which alerts both the man’s wife and the police as soon as he comes within five hundred meters.
http://www.rponline.de/public/article/nachrichten/journal/gesellschaft/ausland/66602

The first publication of Howling Harpies is scheduled for March 8, 2005. It will feature an interview with Liza Featherstone (staff writer for The Nation and author of the new book Selling Women Short: The Landmark Battle for Worker’s Rights at Wal-Mart). The print version should come out in May.
HowlingHarpies@gmail.com

The Ruta Pacifica de Mujeres is a feminist and pacifist movement that acts in the political, social, and cultural arenas to strengthen the feminist vision of pacifism, non-violence, and civil resistance. The movement also promotes the inclusion of the social and political proposals of the women of Colombia. Since 1996 Ruta Pacifica has organized mobilizations of women, the most significant of which is the one that takes place every year on 25 November. Since the year 2000, Ruta Pacifica has been permanently mobilized as a national manifestation of the Women in Black to express mourning and a rejection all violence and human rights violations.

Choco is a territory that has been disputed by the various armed actors. In addition to displacement, guns and bullets also contribute to poverty in the area: 60% of the people live in conditions of extreme poverty. Some of the effects of the territorial dispute from which the people of Choco have suffered are massive displacements and the confinement of communities. To the communities of Colombia, displacement is no less serious than confinement. It is estimated that in our country there are 3,000,000 displaced persons, the percentage of which vacillates between 49% and 58% women. In addition, the total of displaced women and children reaches 74%.

In accordance with a statement made by the Special Rapporteur of the United Nations, displacement of women takes various forms such as sexual violence and utilization of women in the war itself.

The mobilization to Choco is defined by the Ruta Pacifica of women as a motivating preamble to the grand national mobilization that will take place in 2005.

On October 11 thirteen grandmothers from around the world–the Arctic Circle, North, South, and Central America, Africa, and Asia–arrived at Tibet House’s Menla Mountain retreat in Phoenicia, New York for the first Global Grandmothers’ Council. They came to discuss the fate of the earth, and how to revive the traditions, rituals and medicines that can save it.

On November 6 Women’s Forum Against Fundamentalism in Iran (WFAFI), aired its first radio program, Voice of Women (VOW), across Iran at 10:30 p.m. local time. The weekly thirty minute Farsi program intends to facilitate the political voice of Iranian women as they struggle for equality and freedom. VOW, broadcast on shortwave from Germany, is fully funded and produced by WFAFI members in the US.
http://www.wfafi.org
_________________________________________

Our Sisters in Prison

The number of women in American state and federal prisons is at an all-time high and growing fast, with the incarceration rate for females increasing at nearly twice that of men.

A new show broadcast by Oxygen, the cable television network that caters to a female audience, is coming under strong criticism for a new program. “Snapped,” a half-hour weekly true-crime drama, tells the stories of women who have either lost control and murdered their mates or deliberately planned and executed the killings. According to Andrea Bible, project coordinator for San Francisco-based Free Battered Women, “The vast majority of women in jail across the country are there for defending themselves.”

Black women are three-fourths of the record-setting number of females in American state and local prisons, according to a criminal justice expert. “The penetration of the prison system into the black family is extraordinary,” Vincent Schiraldi, of the Justice Policy Center, told BlackAmericaWeb.com Monday. Black women are being imprisoned at rates far outweighing women of other races, said Paige M. Harrison, a Bureau of Justice statistician who co-authored the report. Schiraldi, the Justice Policy Center’s executive director, said the high number of black women in state and federal prisons is “having a profound impact through the black community in a way that’s just not so within the white community.”

Harrison believes the growing number of female inmates has more to do with tougher sentencing than individual behavior. That could be a leading reason why the states with the highest rate of female inmates are in the South, which has a reputation for being tough on crime. “Part of it is just being tough on crime,” Schiraldi added. “But in some respect, it’s part of the legacy of Jim Crow laws. African-Americans have gone from being enslaved to being imprisoned.”
http://www.blacknews.com/enews/
http://c.moreover.com/click/here.pl?e227478393&f=2500000392431

Sexual Violence Research Initiative
The web site for the Sexual Violence Research Initiative (SVRI) is now live. The SVRI aims to build an experienced and committed network of researchers, policy makers, activists and donors to ensure that the many aspects of sexual violence are addressed from the perspectives of diverse disciplines and cultures.
http://www.who.int/svri/en/

International News Desk – At Home: Saskatchewan Needs Workers to Support Boom – In Foreign News: The Rain in Spain is Missing 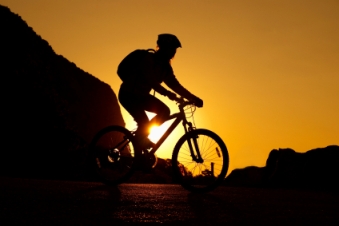