Columns
The Voice
From Where I Sit – Venting

Every day for the past 35 or so years, I’ve read the Edmonton Journal. I’ve seen editors, columnists, reporters, cartoonists come and go. I’ve seen the paper shrink and grow. I’ve seen the addition of Sunday issues and color to its pages.

One of my favorite new features is Venting which appears Mondays. Venting is defined as “to give free play or expression to an emotion or passion.” Recently I wrote to Terry McConnell who compiles the submissions for some background scoop. He kindly let me gush on about how much I love the wittiness of the contributors. I offered my take on the public service this feature provides and how difficult it must be to deal with the crackpots who write in.

According to McConnell the feature debuted November 18, 2002 after he pitched the idea during a redesign of the City section. He typically receives between 80 and 100 vents each week with an average of 25 making it into the print version and about 15 appearing online. Between 6 and 10 Vents appear in Sunday’s Sports Vents.

I’ve likened Venting to a print version of the local coffee shop where every opinion, no matter how inane, disparate, off-the-wall, narrow-minded, witty or brilliant gets equal play. In a sense, it provides a microcosm of Edmonton and Alberta life. It gives people an immediate chance to comment on what happening in their city, their province, their lives. It takes on a conversational quality when some vents one week lead to rebuttals or answers or clarifications the following week.

I questioned whether the protection of anonymity brought out hatred, poor taste or just plain dumb comments. “I stay away from the really mean ones and those that sound just plain miserable. It has to offer readers more than just a glorified bitch session. I avoid vents that personally attack people who have no forum to defend themselves. Politicians, large corporations and even the Journal are fair game,” says McConnell.

Regular readers of Venting will know that poor driving habits get an awful lot of ink, week after week. While there is no scientific proof to support it, I can’t help but believe that Venting helps defuse some road rage. Or ignorance, or retail tantrums or random acts of incivility.

Here are some recent ones that made me smile:

“As far as our politicians are concerned, FOIP doesn’t mean freedom of information but “F___Off, It’s Private.”

Or “People see an older couple like us holding hands and they think of rekindled love. Actually, we’re just trying to not get lost.”

Or “If Tim Horton’s is so Canadian, how come the pylons in their restaurants warn patrons that the floor is wet in Spanish?”

So rather than chew out a cashier, cut off a fellow driver or go to the coffee shop to bitch, give your brilliant comments a wider audience in Venting. It’s safer and much more fun, from where I sit.

[ed. Want to vent to Voice readers? Send your quips and quibbles to voice@ausu.org for inclusion in a future Sounding Off column.] 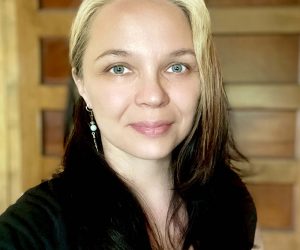 From Where I Sit – Keep Trying