Columns
The Voice
The Good Life – From Routine to Ritual

My partner, Bill, has pinned a quote on the cork bulletin board behind our messy Ikea desk. It’s from Samuel Beckett, the Irish playwright, and it says “Routine is the cancer of existence”. I take it to mean that when we are stuck in a rut, just going through an endless series of unenjoyable daily activities, we are eating away at the quality of our lives. Yet, for every one of us, routine daily activities are unavoidable.

I’m writing this article just after Bill and I have finished washing the dishes. It was a chore that I absolutely despised when I was growing up. Coming from a family of six kids, there was an endless supply of coffee-stained cups and plates with scabbed on meatloaf and mashed potatoes to contend with. There were constant battles with my siblings about whose turn it was to wash and to dry. Now, washing the dishes has become a pleasure.

Before you tell me to “get a life”, let me try to explain. You see, the difference between washing dishes when I was young and washing them now is all in the mental approach I take toward them. Growing up, they were a miserable routine–a chore that ate up time that could be better spent by playing basketball in the driveway or watching television. Now, dishes to me are no longer a chore or a routine, but a ritual.

My sister gave me a book a few years ago called Time Shifting, by Stephan Rechtschaffen, M.D. It’s about ways that we can relieve the constant stress of time pressure that most of us feel in this increasingly speeded-up world. The basic premise was to practice what the Buddhist’s call mindfulness–the conscious experience of living in the moment, paying careful attention to the world around us. It was an eye-opening book for me.

One of the specific suggestions in the book was about treating household chores as an opportunity for meditation and contemplation. “If we push away the mundane”, he says, “we push away the present”. He goes on to quote the Buddhist teacher Thich Nhat Hanh, who has said “If I am incapable of washing dishes joyfully, if I want to finish them quickly so I can go and have dessert, I will be equally incapable of enjoying my dessert. With the fork in my hand, I will be thinking about what to do next, and the texture and flavour of the dessert, together with the pleasure of eating it, will be lost. I will be dragged into the future, never able to live in the present moment”. Well, the possibility of enjoying dessert even more caught my attention!

Most nights we eat dinner together as a family. Because I generally walk home from work–a ninety-minute trek–it’s seven-thirty or so before we all sit down to eat, and around nine o’clock or nine-thirty before our daughter is finally bathed, read-to and tucked away in bed for the night. By the time Bill and I get around to filling the kitchen sink with hot, soapy water, it’s typically ten ‘clock or later. After a long, hard day, the temptation is to quickly and impatiently rush through the dishwashing, or ignore it altogether, so we can get on with working on a project or settle down for the night with a book or video. For the first few years of our relationship, this was how we approached things. With this mindset, dishwashing continued to be a stressful and unpleasant experience for both of us. Bill and I also missed out on an opportunity to connect with each other and discuss the minor and important events of the day, as we slipped into our own isolated projects and activities.

Now, though, we approach things differently. We spend the time doing this chore talking things over together. We make a pot of tea or pour ourselves a glass of wine. We keep a radio on the kitchen table, and sometimes we listen to a concert or documentary on CBC radio. I try to pay attention to the enjoyable warmth of the water on my hands and even the smell of the dishwashing liquid. Nowadays, I feel that the time I spend doing this activity is a way of keeping myself feeling grounded.

A few months ago, I had a very bad day at work. My family was away for the week, so I was alone at home and feeling a bit sorry for myself. I normally really enjoy cooking, but I just didn’t feel inspired. Everything seemed like too much trouble. I eventually just dumped a can of tuna on some wilted lettuce and poured some salad dressing on top. I fell asleep in front of the TV, watching some mindless crime show, and woke up feeling tired and grumpy the next morning.

Naturally, I had an even worse day at the office. It seemed that I was overwhelmed with paperwork, and unable to concentrate on anything. That night I decided to do things differently, though. I stopped at the produce store and the butcher shop on the way home. I don’t often eat red meat, but I had a craving for good juicy steak. I put on some good music and burned some incense. I cut some fresh tarragon and basil to throw into a salad, and paid attention to the fragrance of freshly crushed garlic cloves and freshly sliced lemon. When I sat down to dinner, I lit a candle and had a glass of crisp white wine. After dinner, I took out a knitting project that had been stalled for several months, and eventually went to bed with a P.G. Wodehouse novel that made me laugh out loud. Overall, it was a completely enjoyable evening, and a total contrast to the night before. I made a mental pact with myself that night to make these events a ritual whenever circumstances gave me the free gift of an evening to myself.

Whether we’re cooking dinner, washing dishes, doing some mundane aspect of our jobs, parenting our children, or fixing a leaky tap, the difference between ritual and routine is whether we are actively engaged in what we’re doing, or simply going through the motions. It depends on how we look at it. As with everything else, we tend to get out of all experiences what we are willing to invest in them, so the choice is up to us. When we are willing to put some effort into transforming our routines into rituals, then we are engaged in the business of truly living.

Do You Have a Skin Care Routine? 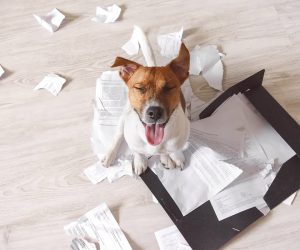 From Where I Sit – A Day Off