Columns
The Voice
From Where I Sit – Three Challenges

In a calm, measured, almost dispassionate way, Reverend Dale Lang retold the story of his son’s murder to an audience in Andrew. Seventeen-year old Jason Lang had been shot at 1:00 PM on Wednesday, April 28, 1999 in his Taber, Alberta high school. It was eight days after the Columbine massacre. Lang recalled how that Wednesday started like any ‘normal day’–rushing to get the kids off to school, planning a trip into Lethbridge with his wife, normal stuff. Until the phone call that changed everything forever.

Is there a parent alive who can’t imagine the horror of hearing that “your child’s been shot” and later that “he didn’t make it.” Who really knows how we would react if our world was torn apart?

Lang spent the better part of his presentation explaining to us how and why he chose to forgive the fourteen-year-old who took Jason’s life. This kid was a child of divorce who had recently begun home schooling. He was also the target of bullying–one of those kids who’s different and didn’t quite fit in. No doubt, like many bullied kids, he’d been told to walk away and ignore it. Maybe that works for a time. That day the boy reached his breaking point.

Lang recalls an elderly man with tears in his eyes telling him after another such talk how he could understand the boy’s actions. Tis man clearly recalled his tormentors’ faces and exact words sixty-some years later. We need to understand that the power of our words can last a lifetime.

At Jason’s memorial service five days later, Reverend Lang closed with a prayer. He was surprised to hear himself asking the community to forgive and support this boy and not further ostracize him or his mother.

By choosing to forgive the shooter, Lang was setting himself free from the anger that may otherwise have consumed him. He credits his decision to become a Christian 22 years earlier with giving him the strength to do so. “Forgive those who’ve hurt you whether it leads to reconciliation or not. Do it for yourself. It’s not saying that what happened was acceptable or that it’s okay to keep hurting me,” says Lang.

Reverend Lang discussed three disturbing trends that he sees. He bemoans the fact that as nice, polite Canadians we don’t speak up when we see things going wrong. We’ve allowed things to be acceptable that shouldn’t be–porn, euthanasia, a lost respect for ourselves and others. The first trend is the age of instant gratification. Too often followed by instant anger when our desires aren’t fulfilled. It can manifest itself at the grocery store express lane or as date rape, abuse, road rage, or worse. The second is violence and a revenge theme in entertainment that has largely desensitized us. This desensitization causes an attitude shift. The third is a diminished age of innocence caused by exposing the young to information and situations they aren’t equipped to handle.

Reverend Lang left us with some challenges. Don’t just tolerate but begin to truly care about those he calls the ‘unloveables’–those difficult, irritating people in our lives. Don’t silently accept disturbing trends you see gaining momentum in our society. Don’t let the sun set on your anger.

Dale Lang was so grateful that on that Wednesday he and Jason hadn’t argued. They’d gone driving in Jason’s second-hand Camaro that morning so he could practice shifting gears. What a great last memory of his son. There is no guarantee that today will be a ‘normal day’ for any of us. The best we can do is choose our words carefully, keep our anger in check, forgive others and ourselves, and end each encounter with loved ones on a happy note. Wise advice from a wise man, from where I sit. 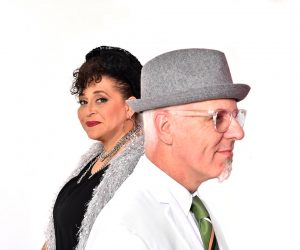