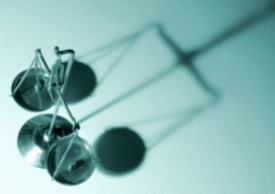 Criminal Behaviour: the media continually portrays it, and many of us have been directly affected by some form of it. Now, as an AU student, you have the opportunity to personally investigate criminal behaviour by taking AU’s newest course, The Psychology of Criminal Behaviour (CRJS 360). Like me, you may have thought that the study of crime-based issues was relegated to forensic scientists and criminologists. Indeed, according to AU’s Dr Vincent Roper of the Criminal Justice faculty, “until about 1980, the study of criminal behaviour in North America was almost the exclusive domain of criminology… [and] a branch of Sociology,” but this has now changed.

CRJS 360 explores deviant behaviour through the lens of psychology, examining the influences of three major factors on such behaviour, and applying this knowledge to criminal behaviour as portrayed in the media. This approach to studying crime is different than the typical social perspective. Dr. Roper, the course author, feels that a strictly social view of crime “emphasizes the role of systems (social, cultural, political) in understanding criminal behaviour but… under-emphasizes the role of individual factors (psychological and biological) in criminal conduct.” Dr. Roper “acknowledges the valuable contributions Sociology has made to understanding crime”, but authored this new course to “introduce to students of crime, a large body of scientific knowledge which collectively points to cognitive, developmental, and biological factors in the origin of crime… and empirically validated methods of assessing and treating criminal behaviour.”

True to its mission, CRJS 360 is divided into four sections, three of which discuss the psychological and biological factors affecting criminal behaviours. The first, consisting of two units, introduces the basics of criminology and related psychological concepts. Once you have gained a foothold, CRJS 360 plunges into the biological basis of criminal behaviour. These four action-packed units explore several factors potentially involved in the expression of deviant behaviours–including the influence of genetics, constitution, and temperament. A special course feature, an online audio lecture, will stimulate your learning experience by exploring Darwinian thought and the differences between humans and animals. The third section deals with the learning factors consisting of four detailed units covering the impact of social life on future criminal behaviour–for instance, which types of social situations cause poor social functioning–and the interactions between drugs and crime. Another online audio lecture complements this last section, discussing the formation and maintenance of street gangs, and the tattoos and body markings used by many who exhibit criminal behaviours. CRJS 360’s last section deals with psychological disorders that predispose a person toward deviant behaviours. Over five units, you will learn about the theories behind offenses by the mentally ill, as well as those with unbalanced aggression or violence, including sex offenders.

In addition to its online audio lectures, CRJS 360 also comes with access to an online reading file that complements the material studied in the course. Additionally, you have the opportunity to check your retention and understanding of the course material by completing mini self-tests for each unit.

Vincent Roper, PhD., is part of AU’s Criminal Justice faculty. A psychologist, specializing in forensic science, Dr. Roper has worked extensively with correctional services over the past few decades, and has also worked with mental health professionals, training them for work with those predisposed to criminal behaviour. In addition to CRJS 360, Dr Roper also teaches several other AU courses in criminal justice and victimology.

Your evaluation in CRJS 360 is based on two interesting assignments and an exam. The first assignment, worth 20%, involves your assessment of an offender. The second, worth 30%, requires you to investigate and detail a crime scene. The final cumulative exam for the course is worth 50% of your course mark.