Columns
The Voice
Women You Should Know – Clare Boothe Luce

Clare Boothe was born in New York City on April 10, 1903. She grew up wanting to be an actress, but eventually lost interest. Throughout her life, Clare excelled equally in many careers, such as editor, playwright, politician, journalist and diplomat. In 1930 she became editorial assistant of Vogue Magazine, and in 1931 pursued her interest in writing, becoming associate editor of “Vanity Fair” magazine. As a playwright, Clare wrote three successful plays, “The Women” (1936), “Kiss The Boys Goodbye” (1938), and “Margin For Error” (1939). In 1937 she married Harry Luce, publisher and founder of Time Magazine. Clare’s political career took off, when in 1942 she won a seat in the US House of Representatives. In 1953 President Eisenhower appointed Clare Ambassador to Italy, making her the first American woman ambassador to a major country – a position she held until 1957. After a very accomplished career, Clare Boothe Luce died of a brain tumor on October 9, 1987.

Read more about her at:
http://www.loc.gov/exhibits/wcf/wcf0010.html 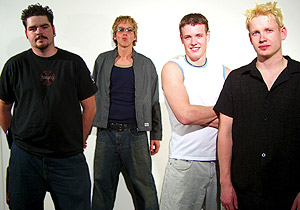