Columns
The Voice
Lost & Found – The Truth About Genius

As a whole, humanity is a pretty dysfunctional organism, far more than just a tweak or two away from a completely healthy state of consciousness. Why do I say this? Well, for one thing, in classic dysfunctional mode, we seem to have a very shaky understanding of our own true nature. For instance, we tend to have a very overly-glorified image of ourselves. Whenever we speak about what makes human beings special, we tend to talk about all of our wonderful achievements in art and science. We toss out names such as Copernicus, Michelangelo, Galileo, Mozart, Renoir and Einstein as garden variety examples of what we’re all about. Well, it’s just not true. Those people are about as indicative of the human race as a two-headed, three-winged albino canary is representative of the bird kingdom. They are extreme statistical abnormalities–freaks of nature, if you will–that make up maybe (I don’t know) one millionth of one per cent of humanity. For every human being who has invented a pendulum or revolutionized mathematics, there are untold billions of poor benighted souls who have spent the majority of their lives tripping over the cat, making up limericks about some guy from Nantucket, and cupping their hands in front of their face to see how bad their breath smells. And you can’t tell me that Aristotle, Saint Joan and Martin Luther King didn’t spend their fair share of hours doing stuff like that, either.

Yet we are so quick to think of ourselves as vastly superior to the plant and animal kingdoms. Yeah, right. Superior to life forms capable of routinely completing miraculous tasks such as constructing immensely complex hives, improvising intricate and beautiful musical melodies, lighting themselves up on summer nights, and eating sunlight. Puhleeze.

I think, in the long run, it may be a far better survival strategy for us to have a little less arrogant certainty that we are able to solve all of the world’s problems. Let’s face it, we’re the ones who created the problems in the first place. I also think we should have a whole lot more respect for the genius of the universe that surrounds and includes us (if we let it), whether we call that genius God or Goddess, Jesus or Allah or Coyote.

If there is any flicker of hope for us and for all of the things that our arrogance is capable of destroying, this hope is not to be found in what we think makes us so special and transcendent. It’s not about creating better strains of wheat or fish. Not about what separates us from everything else alive. Rather, it’s about what connects us to everything else alive. If we have any gift at all, it’s nothing more than a spark of that enormous genius that lies behind all of creation, and whatever we do, we should do it with that in mind.

Editorial – Not Out of the Woods 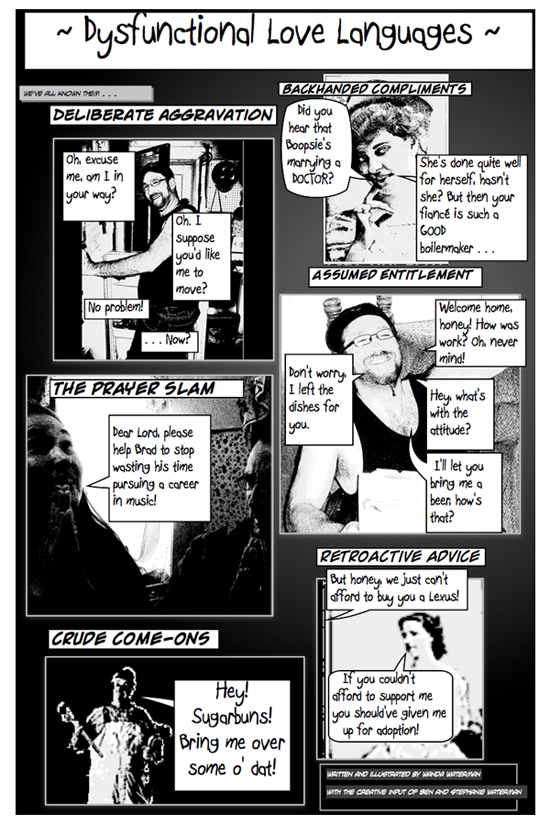