Articles
The Voice
Fiction Feature – Letter to a Friend 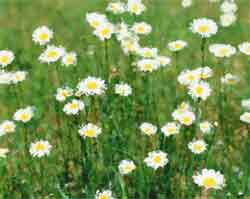 Some of the survivors have moved into the house where you and Tom used to live. They arrive almost daily in groups of twos and threes. Some of them are in the house, and others are living in tents in the yard. I was out in the field picking up stones and dead crows yesterday, clearing a space for a garden, when an old man passed by with a trout he’d just caught in the pond. We both knew it was poisoned, but it really was a beautiful looking fish. Sweet tasting, I’ll bet. He nodded as he walked past. Neither of us said anything.

I’ve got a lean-to atop the hill in the south pasture, where there’s a pretty good view of the place. I like to sit up there some evenings, when the sun is sinking, and watch the two black dogs running around the yard and the smoke rising from the chimney and the girl hanging clothes out on the line. Sometimes I like to pretend that I’ll go down there and join them. Spend the last few days or weeks with them sitting around the kitchen table. I sit with my back to the telegraph post, and watch and pretend and listen to the wires singing in the wind as though there were still voices travelling through them, still things to say.

Katie’s dead. I know you won’t have heard, and I thought you should know. I buried her in the apple orchard.

I spend a lot of time walking through the woods where we saw the ghost. That was so long ago. Were we really scared, back then, by things like that? You were so beautiful that day. No, not beautiful. I think it’s important to tell the truth now. But you had such a kind face, and there’s a sort of beauty in that.

I had a dream last night that we were all together again. Katie and I, you and Tom. We were sitting on the floor laughing and laughing about something, I’m not sure what. We were very small, like two or three year old children, but with our own adult smiling faces. We were at the summerhouse that my Aunt Sylvia used to have on Georgian Bay. The sun was slanting in through the open window. There were no plague hospitals, no prison camps then. All the world was shiny and new.

Listen, I know that you’ll never get this letter. Probably you’re dead. We all are. So what I’m saying doesn’t mean a thing. But I want you to know that I loved you. Love you. Despite what you must think,I never set out to betray you. Only gradually did I become aware of my weakness and my treacherous nature. And, of course, by then it was much too late. Your name was in all the wrong hands. Your papers were revoked. Your fate was sealed. The secretary’s shoes were shiny and black, and I will never forget the way they squeaked across the clean white floor.