Statistics Canada recently completed a survey (http://www.statcan.ca/Daily/English/050315/d050315c.htm) on participation rates in university education between the United States and Canada. While they found that America has a higher participation rate in general (39% compared to our 33%), the vast majority of that comes from the families who have income in the top 25% of the populace.

Causes listed in the article are — no surprise — much higher tuition and lack of availability in the local area. Both of these are causes that distance education seems designed to be able to handle. If we want a society where everybody has equal opportunities, it makes a lot of sense then to promote distance education and initiatives that ensure an accredited distance degree is recognized as being as good or better than those from campus based institutions. On the other side of the coin, even with higher tuition and lack of availability, it has to be noted that a higher percentage of high school graduates in the United States go on to take post-secondary studies. So we also need broad initiatives at the provincial and federal levels to promote the benefits that a post-secondary education can give to high-school students.

One of the ways I can think of doing this is for the federal government to demonstrate that post-secondary education is a priority by creating a ministry for advanced education. Currently, advanced education is an after-thought, simply a portion of the portfolio of the human resources and development ministry, which receives most of its funding for the employment insurance program. Since we’re increasingly moving to an age where education determines prosperity, reflecting this move in the make-up of our government only makes sense.

The provincial government of Newfoundland and Labrador has committed (http://www.releases.gov.nl.ca/releases/2005/edu/0321n20.htm) to a three year tuition freeze for the Memorial University and the College of the North Atlantic. According to the Educaton Minister, Tom Hedderson, this freeze means “that tuition in this province remains the lowest rate in the country, and 40 per cent lower than the national average.”

What a great question to put to the Alberta Government. Why is it that Alberta, with its multi-year surplus budgets, can not match the commitment to a tuition freeze that is being promised by a government that is still running a deficit. How high a priority is the idea of life-long learning to this government? It seems apparent that education is a much stronger priority in Newfoundland & Labrador than it is here.

The Council of Alberta University Students (CAUS) has taken the opportunity to present a plan (http://www.caus.net/files/05-03_lobby.pdf) [PDF] to the Alberta Legislature. The plan calls for a 10% increase in base funding to the universities, an expansion and increase of the student loans program, and student involvement in setting tuition regulation and policy.

While it may be unrealistic to expect that the government will give everything that’s been asked for, there have been encouraging signs that at least someone is listening. Advanced Education Minister David Hancock has been engaged in several meetings with student representatives over the past couple of weeks. This is a much better turn of events than we had with the previous education minister, Lyle Oberg, who was often hard pressed to remember that Alberta has four universities, not three.

Have you finished your taxes yet? If not, the Canada Revenue Agency wants to remind (http://www.cra-arc.gc.ca/newsroom/taxtips/2005/0315-e.html) you that your post-secondary education could lead to significant savings. Even if you’re not paying taxes, by submitting the forms, you could be entitling yourself to carry forward large tax deductions for later years based on tuition and how many months you spent enrolled in post-secondary studies. Also remember that any interest you pay on student loans is tax-deductible.

I know someone who’s working now but doesn’t bother submitting her taxes, even though she’s also paying back student loans. What she doesn’t seem to realize is that she’s probably missing out on a big refund each year. It doesn’t make much sense to me either. 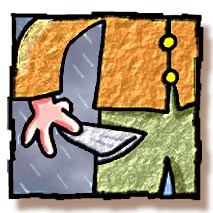