Finding myself without wheels one year, and being desperately afraid of flying, I took the Greyhound red eye trip from Vancouver to Calgary in the middle of winter. Anyone who has ever taken one of these classic overnight milk-runs knows that a trip like this feels like it takes roughly the same amount of time as travelling from Paris to Istanbul via the Orient Express. However, instead of quail eggs stuffed with caviar, you chow down on stale cheese sandwiches from the vending machine in the cafeteria.

Fortunately for her, my travelling companion managed to fall asleep about three minutes after the bus left the terminal, and uncannily woke up just as it pulled into Calgary, thereby missing the fifteen hundred or so stops at every small town in between. Despite my cool, calm and collected exterior, I am a bit of a nervous traveller and have never had the lucky knack of falling asleep in moving vehicles. Put me behind the wheel and I think nothing of doing donuts on the edge of a precipice or driving backwards from Elbow to Saskatoon whilst rolling a cigarette and steering with my knees. Put someone else in charge, though, and I routinely scream and yell out things like ohfuckmegentlyjohnny every time a taxicab or trolley bus turns a corner too fast or comes to a sudden stop.

So, no chance of sleep on this trip. Wired on endless cups of greasy diesel-flavoured coffee, I remember staring out of the window of the bus, watching a seemingly endless parade of anonymous towns roll by. After a few hours of sleep-deprived silence, when it feels as though every other creature in the country is peacefully asleep, the mostly empty highways connecting these places take on a spooky, somewhat surrealistic, and peculiarly Canadian, feeling. Call it Northern Gothic.

From a past life as a travelling marketing guy, with all of Canada’s western provinces to cover, I am strangely attached to the melancholy nighttime feel of small town Canadiana. These towns, and the backroads emanating from them, are the kind of places where boredom and the unexpected walk hand-in-hand. The kind of places where people are always spotting ghosts and seeing unexplained lights hovering over the treetops. Hitchhikers and campers, it seems to me, have a habit of disappearing in these places. They are always finding bloated corpses in the weeds on the riverbank and partially decomposed bodies buried in the leaves and loose soil. You drive past all these run-down farm houses, crumbling barns and grain elevators. Maybe you know a little bit about the history of these places, so you think “oh, over there is the slough where that hippie girl drowned” and “that big red potato barn, that’s where Mabel Hennesy hanged herself from a beam.”

Sitting beside me on the Greyhound, early in a bleak new year, my travelling companion has her head on my shoulder. I’ve got a book of crossword puzzles open on my lap, waiting for the first grey light of dawn of creep across the solitary landscape that has the strangest kind of beauty, all its own. 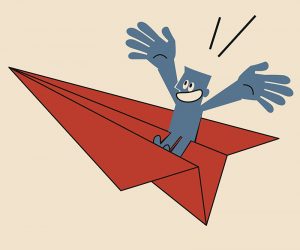