Articles
The Voice
Nature Notes – From the Backyard to the Biosphere. Babes of a Different Colour

Babies — nothing can compare. Little baby opossums with their messy hairdos and wiggly snouts. Wee turtles with an unexpected look of reptilian innocence as miniatures of their parents. Young swans as fuzzy as can be and with a hint of silliness that defies their parents’ graceful airs. Even a fish babe, with its slightly disproportionate head to body ratio, can bring a smile to the face of many a skeptic.

Each of these diverse groups of animals — mammals, reptiles, birds and fish — brings young of its kind into this world and, as living creatures have been doing for millennia, passes on its genetic characteristics to a new generation. A generation that is full of hope and promise.

From an evolutionary standpoint, many of the fundamentals are the same whether the beast is mammal, reptile, bird or fish. Mom meets dad, one way or another the two pair up and do their thing, and lo and behold, in a relatively short time, a wee one with traits from both parents emerges as an independent being.

But even among just these four types of animals, the diversity of reproductive strategies is amazing. In general, we think of mammals as gestating their young within the maternal body and uniquely giving birth to live young. In the case of birds, we figure that standard practice is as simple as laying of an egg. For snakes and their reptilian kin, the production of internally fertilized eggs is the chosen path. For fish, the mother lays unfertilized eggs that will then be fertilized by the father in the external environment.

Well, it’s not always so simple. Even those animals nearest to us genetically — the other mammals of the world — can surprise the keenest of Trivial Pursuit players. Ever hear of a monotreme? These funky mammals are oviparous, meaning egg-laying. Forget that tried-and-true mammalian method of providing for the growing young in a safe uterine home, and nourishing the little one through to a live birth via a placental connection to the mother. The duck-billed platypus and two other members of the mammalian order Monotremata decided to try out a different tactic — laying some eggs. Who ever said consistency was a good thing, anyway?

Reptilian species are bound together by the fact that eggs are always fertilized internally. But don’t let that fool you — these creatures are as fickle in their choice of how to produce wee ones as are the mammals. In fact, as I have witnessed personally, some snakes have diverged from the main egg-producing path and actually give birth to live young. I must say I was completely taken aback when biking home one day I saw on the road an unfortunate snake that had been hit by a car. Out of and around this poor creature’s body were many tiny snakes identical to the mother. These wee ones were live and had very obviously been developing within her body. Who would have guessed it?

And what about fish? We have all seen the nature shows depicting spawning creatures lining the rivers. The female egg-layers and the male egg-fertilizers all gathered together in a giant drama of reproduction followed by glorious death. In general, fish do follow the reproductive path of external fertilization and development of their eggs. But not all species have chosen to adhere to such rigid rules. In an interesting evolutionary divergence, some fish are ovoviviparous (live egg-producing) and some sharks are viviparous (meaning that they, like mammals, give birth to live young nourished until birth by a placenta).

We can thank birds for preventing confusion by sticking in general to one way of doing things. These animals lay eggs that are fertilized internally before the shell and its associated membranes are developed. The eggs then require parental incubation in order to hatch. However, to spice things up a bit in the avian world, diversity lies in how the eggs are fertilized to begin with. Almost all mating in birds occurs through contact of the male and female cloacas, through which sperm is passed into the female’s reproductive system. An interesting footnote for those fact-collectors out there is that the male members of some bird species actually work their reproductive magic with a penis. Thank goodness for this divergence from the norm otherwise birds could have been accused of bordering on boring in the baby-making sphere.

There is no question, as we continue to learn more about biodiversity, that difference is a good thing. Niches — in terms of when, what or how to go about eating, for example – are essential in allowing so many creatures to live side-by-side in relative harmony. As shown, reproduction is no exception to the rule that diversity is key to success on this beautiful, albeit challenging, planet. Just scratching the surface of the variations present in the production of animal babies is enough to remind us of how little we actually know and how astounding variety of life can really be. 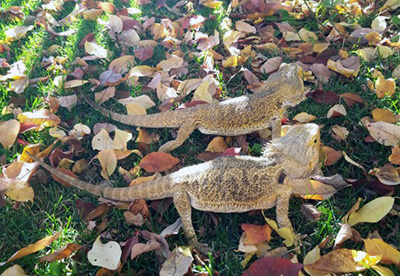 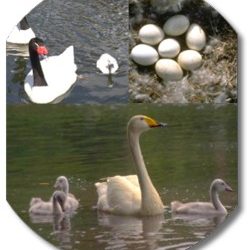 Nature Notes – From the Backyard to the Biosphere. New Life in the Nest