Columns
The Voice
The Good Life – Are We There Yet? The Joy of Road Trips

Summertime has perennially been the season of road trip vacations for me. When I was a young girl, this meant sitting sardined in the back of the station wagon with my brothers and sisters, all of us tormenting each other as soon as we became bored with playing license plate bingo and seeing who could hold their breath the longest. This point usually came about a mile past the end of our driveway. For the next several hours, my mother would threaten about every twenty minutes to order my father to turn the car around and head straight back home if we didn’t start behaving ourselves. About every hour or so, my father would reach back and try to cuff whichever of the troublemakers in the backseat was within arm’s reach.

About twenty years ago, road trips with my husband, in the halcyon living-in-sin days before child, involved loading up on cigarettes, sunflower seeds and mixed cassette tapes filled with good driving music, and heading into the unknown in our ancient Subaru with astronomical mileage, one working windshield wiper, and no air conditioning. We would head out of town with only the vaguest notion of a final destination in mind: the Grand Canyon maybe, or Chicago or San Francisco. Road trips, like life, are all about the journey, all the unplanned things that happen en route. Seeing, for instance, a spectacular display of northern lights above Hyder, Alaska. Or having the car break down in the desert en route to Santa Fe, directly across the road from a restaurant with a telephone and the world’s best green chili stew.

One of my favourite things about road trips is reading. In our family, it is the unspoken duty of the passenger on long trips to read aloud. When you’re in the car for up to ten hours a day on cross-country jaunts, this is an amazing way to pass the time. So far, all of the books in the Harry Potter series have been enjoyed whilst eating up great stretches of highway, and the Half Blood Prince (Rowling, 2005) is sitting on our bookshelf waiting for a trip to visit my parents later this month. Lately, our eight-year-old has begun to take a regular reading shift with us — a real milestone! She’s been entertaining us with Roald Dahl’s The BFG, and doing a great job in providing a variety of voices, as well.

A relatively recent discovery we’ve made along these lines has come in the form of books on compact disk (CD), which we’ve started borrowing from the local library. This spring and summer we’ve saved some wear and tear on our vocal cords by alternating our own reading from books with recorded versions of Brian Jacques’ Mattimeo, (from his Redwall series – very entertaining, but a bit bloodthirsty at times), Bunnicula: A Rabbit-Tale of Mystery, by Deborah and James Howe, Eragon by Christopher Paolini. As all of these readings are unabridged, some of the packages come with as many as twelve or fourteen CDs, which makes for a whole lot of free entertainment. After all, who doesn’t love to hear a good story being told by a master storyteller? It sure beats holding your breath or counting the number of yellow Volkswagens that go past. 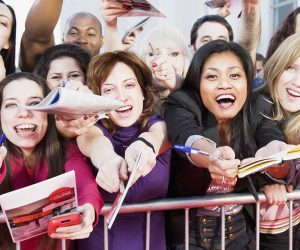 How to Condition Yourself for Extreme Success