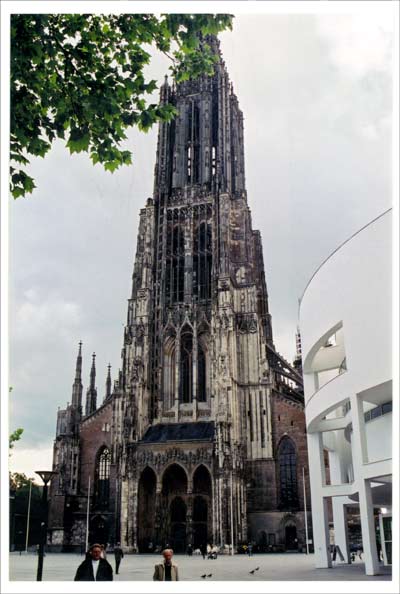 Many Canadian tourists who have visited Germany may not be familiar with the town of Ulm. It happens to be the birthplace of Albert Einstein. Its most outstanding architectural feature is its legendary Gothic cathedral.

Ulm Cathedral faces onto a large central square located in the heart of the town. The cathedral is an imposing structure, at once massive and yet ornately detailed. The west tower of the cathedral is 161 metres (about 530 feet) tall, making it the tallest church steeple in the world.

Built in the Gothic style, Ulm Cathedral features flying buttresses, stained glass depictions of Bible stories and saints, peaked Gothic arches, and honeycomb-like exterior stonework carved in ornate detail. These architectural elements help to fragment the incoming light, remove the distinction between the exterior and interior of the building, and create a sense of bringing the outside into the interior space.

Construction on the Ulmer MÃ¼nster began in 1377. The stones, carved and placed by human hands, are a testament to the many generations of workers who laboured to build the cathedral knowing that they would not live to see its completion. Almost five hundred years after the cathedral’s foundation was set in place, sandstone for the steeple’s facade was quarried in Alsace to pay France’s war reparations to Germany after the end of the Franco-Prussian War in 1871. Although built according to the plans of the early architects, the steeple was not finished until 1890 when its stone pinnacle was lifted into place. Given the cathedral’s centuries long construction, one is reminded of Ken Follett’s book entitled Pillars of the Earth, with a character named Tom Builder who did not live to see the completion of the Medieval church that he helped to create. The cathedrals of the Middle Ages reflect something greater than the span of a person’s life, indeed greater than the span of many generations.

Of course, the sight of this historic and massive cathedral leaves a lasting impression on tourists. The Ulmer MÃ¼nster, however, allows visitors to have the extraordinary opportunity to travel up inside its acclaimed steeple. I paid the three Euros charge in order to climb a series of stairways to a height of 143 metres (around 470 feet) within the steeple, view the Gothic-style gargoyles up close through the open frame of the tower, and have a bird’s-eye-view of the city, the Danube, and the countryside beyond.

Along the way, the cathedral’s staircases, some circular and some straight, led along stonework that was open like lace-work. Moving higher and higher up the tower’s 768 steps, portals in the masonry offered views of smaller and smaller versions of the city of Ulm. An assortment of grey stone guardians on the facade marked my passage up the tower. Saints stood reverently, and hooded monks jutted from the tower corners. Lions clung to the sandstone and snarled at the city below, while winged dragons were ready to spring from their perches overlooking the red rooftops of Ulm. 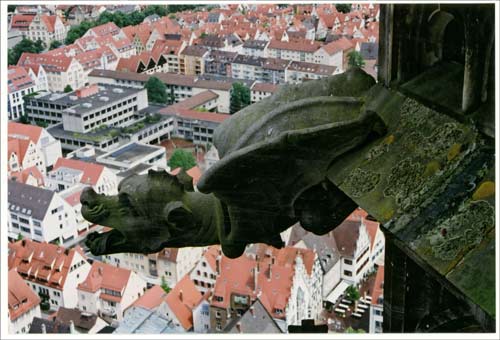 As I continued to climb, the sky became black and a strong wind suddenly began to push between the pillars, through the Gothic arches, and around the finials. As if reflecting the mood of the menacing gargoyles clinging to the face of the tower, rain began to lash at me and the few other travelers making the same climb. The steps, worn smooth by countless visitors before us, were now slick from the sudden deluge. Thrashed as we were by the wind and the rain, it soon became difficult to maintain balance as we continued upward. Sometimes it is unfortunate that Gothic architecture brings the outside into the interior space, as I described previously.

The storm seemed to be at its worst when I found myself surrounded by a ring of blackened stone arches that formed a spider’s web overhead, and running upwards through its centre was another length of narrow staircase. Still struggling against the wind, the rain, and the slippery steps beneath my feet, I reached the top of the staircase that opened onto a small platform, similar to the crow’s nest on a ship.

And then, as suddenly as the storm began, it stopped. The wind no longer blasted us, and the rain no longer pelted us. There were a few blue patches of sky, but it was still too cloudy to see the distant Schwabian mountains. I stayed in the tower for a short while and enjoyed the view of the town far below us, the not-so-blue Danube, and the green of the German countryside.

Later, from the city square in front of the cathedral, I noticed that the figures on the tower above no longer appeared to be the distinct and detailed creatures that had marked my progression up the steeple. But I had the good fortune to see them up close, in what felt like an authentic medieval experience. 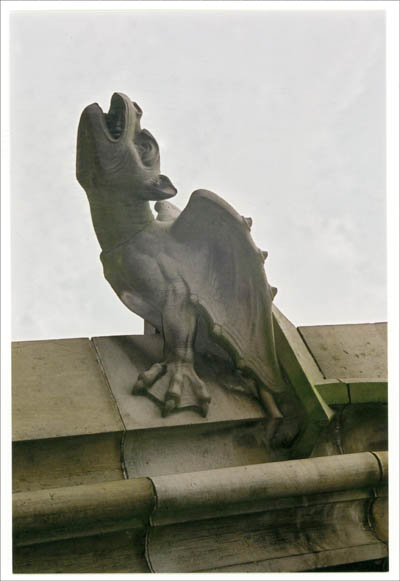 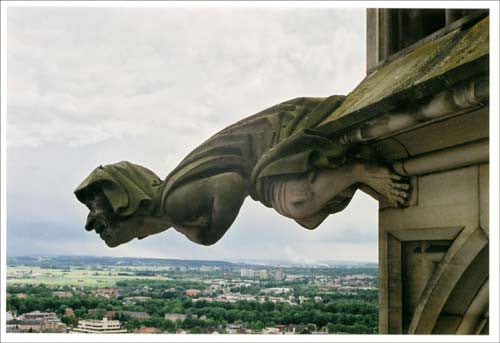 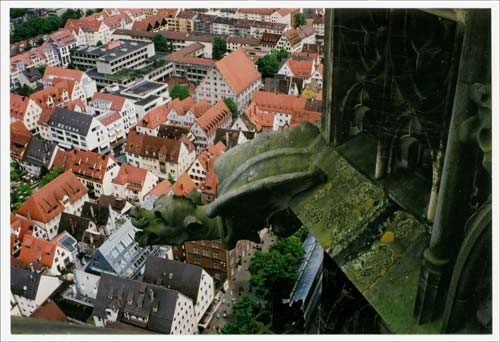 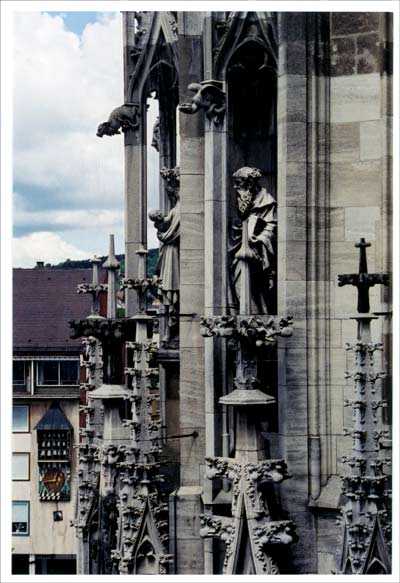 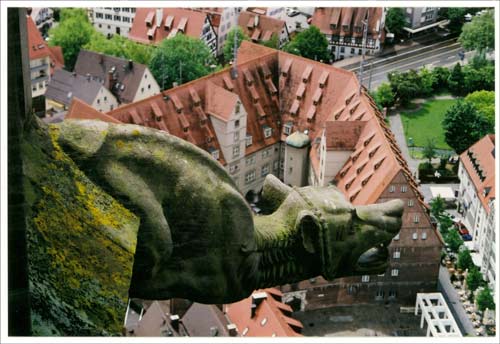 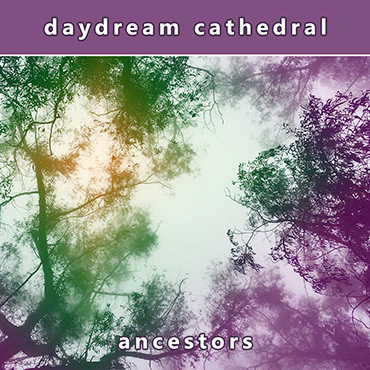 International News Desk – At Home: Let There Be Light – Around the World: Hand That Rocks the Cradle