Articles
The Voice
Re-Generation X: Writer displays his use of the other 3Rs 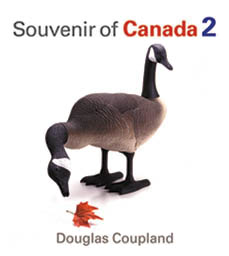 In November of 2003, Douglas Coupland was given the keys to a house in his hometown of Vancouver, Canada. The place had been uninhabited for two years and was slated for demolition. Coupland was given only two weeks to take full advantage of the space. The result was one part home makeover show, one part artistic expression, and one part patriotism. He named the instillation Canada House.

To the majority of the world, Coupland is best known as the writer of Generation X (1991), Miss Wyoming (2001), All Families are Psychotic (2002), and, most recently, Eleanor Rigby (2005), to name only a few. Truth is, he was originally an artist and ended up writing as a result of a lucky coincidence when an editor happened upon a postcard that he had penned while living in Japan. The rest, as they say, is history. Before seducing the world with the written word, he specialized in sculpture at the Emily Carr College of Art and Design, followed by studies at the European Design Institute in Milan and finally studies at the Hokkaido College of Art and Design in Sapporo. Canada House isn’t simply an attempt at a medium change by a writer deciding to try his hand at something new, but instead a case of Coupland re-exploring his first love.

In Coupland’s book, Souvenir of Canada 2 (2005), there is a 30-page layout dedicated to the house and its contents. In it, he writes, “For years, I’ve been collecting images, objects, scraps and ideas with the end purpose of using them to build a uniquely Canadian environment” (p.41). The first step in achieving that goal involved painting the entire inside of the house white, creating a blank canvas to work from. Nothing was spared. The appliances, the fireplace, and the windows — everything was blanketed in white leaving only a fresh space as a stage for his many pieces. The instillation featured various forms of lighting, textiles, furniture, photography, and visual art. Initially, Canada House may seem primarily to have been an exercise in ardent patriotism, but it was, in fact, as much an exercise in eco-conscious expression. The 3Rs that enabled the creation of the space were reclaim, reuse, and regenerate. It’s Douglas Coupland. What did you expect for the 3Rs? Reduce, reuse, and recycle? Too predictable!

From the dozens of lamps made of old fishing floats to a large Inuit formation, called an inuksuk, fashioned out of foam that had washed up on a beach near the writer’s home, many of the pieces on display in the house were comprised of found objects. Coupland reclaimed them from the environment and made them his own. His reaction to finding the materials was mixed. At first, it was “Wow! All of these beautiful treasure-like things just lying here, free!” (p.44). Then after, “Holy crap! All of this plastic junk littering these otherwise pristine beaches!” (p.44). Garbage and litter may seem trifling to some, but not to Coupland. He explains, “Canada is a northern country, and because of this, plastics can take tens of thousands of times longer to decompose than they might at the Equator with all its heat, sunlight and bacteria. Plastics discarded in the far Arctic will remain intact until, scientifically, mathematically, our universe ends.” (p.48). His scavenging and reuse not only breathed new life into the discarded objects, but his efforts also helped regenerate, albeit on a small scale, the beaches and water that had been burdened by the trash.

A house just wouldn’t be complete without furniture and Canada House is no exception. Coupland constructed cabinets and chests of drawers out of random objects like a collapsed box of Kraft cheese Singles, an incomplete Wayne Gretzky puzzle, and even a freezer door. There were no beds, but plenty of quilts on hand, one of which was made up of reused materials including an old T-shirt with a picture of a wolf howling at the moon, an empty package of Tater Tots, a container of de-icing road salt, and, of course, squares of lumber jack-style plaid flannel. Certainly a quilt unlike anything granny ever made!

There were also things that, though not made up of found objects, fit under the eco-conscious umbrella by virtue of drawing attention to practices and objects that threaten our environment daily. One such piece was a ladder painted a rainbow of salmony-pink colors that Coupland dubbed “the spawning ladder” because “the colours come from a scientific measuring system that allows fish farmers to pre-select the flesh tone of their fish” (p.64)– a fitting addition to the kitchen since it’s a place where many people devour filets of the faux fabricated fish, for the most part completely unaware of the havoc reeked on the surrounding waters and sea life on their behalf.

While there may not have been a huge budget, a nauseatingly cheerful host, or the ubiquitous product placement of some sort of cleaning supply, unless you count the empty packet of Ivory Snow laundry detergent holding court on the previously mentioned quilt, Canada House did have one commonality with those insanely popular home makeover shows, the shared goal of regenerating a tired space. In the end, it may have only been open for five days, but for that short period of time it was transformed into a house of ideas. And somehow Coupland was able to create it with the use of the 3Rs and a little eh.

Note of interest: Coupland’s latest exhibit entitled “Super City” opens at the Canadian Centre for Architecture in Montreal on June 9, 2005 and runs through to November 20, 2005. See this site for photos from Canada House: http://www.coupland.com/art/art08.html 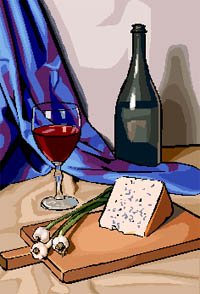